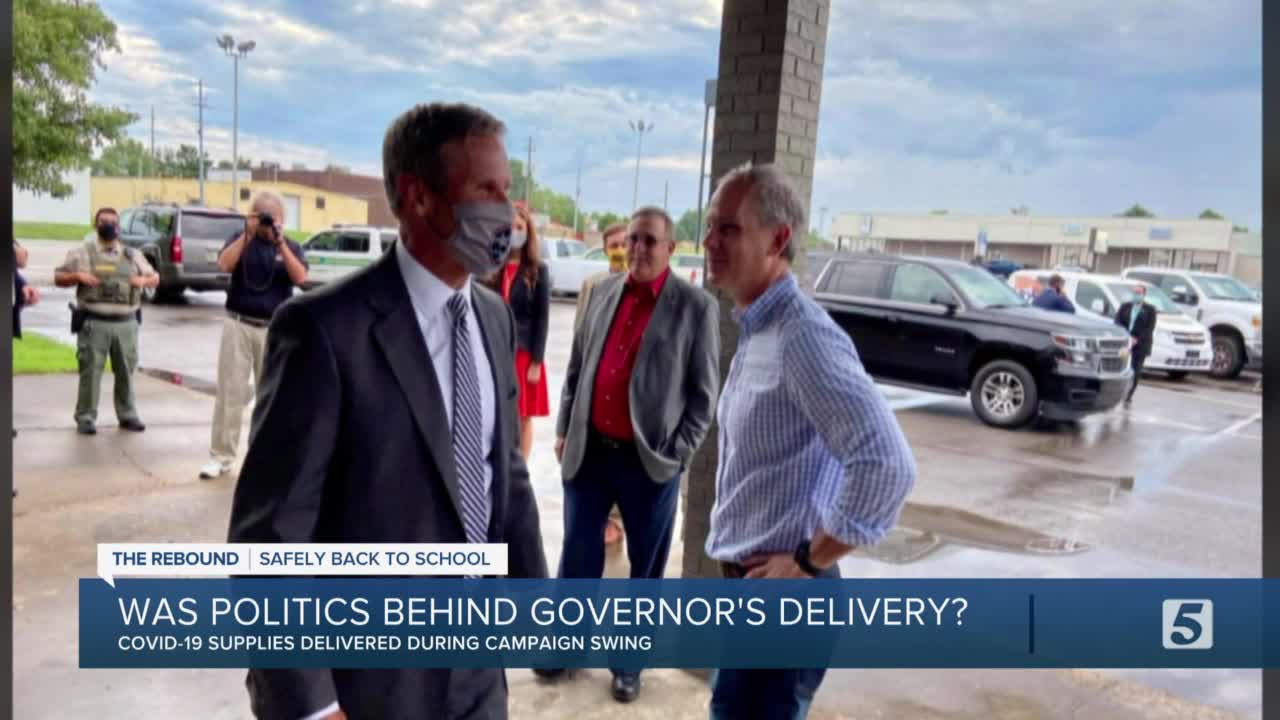 Tennessee Gov. Bill Lee defended his decision to mix efforts to help schools respond to COVID-19 with a campaign swing to get a key ally reelected to the state Senate. 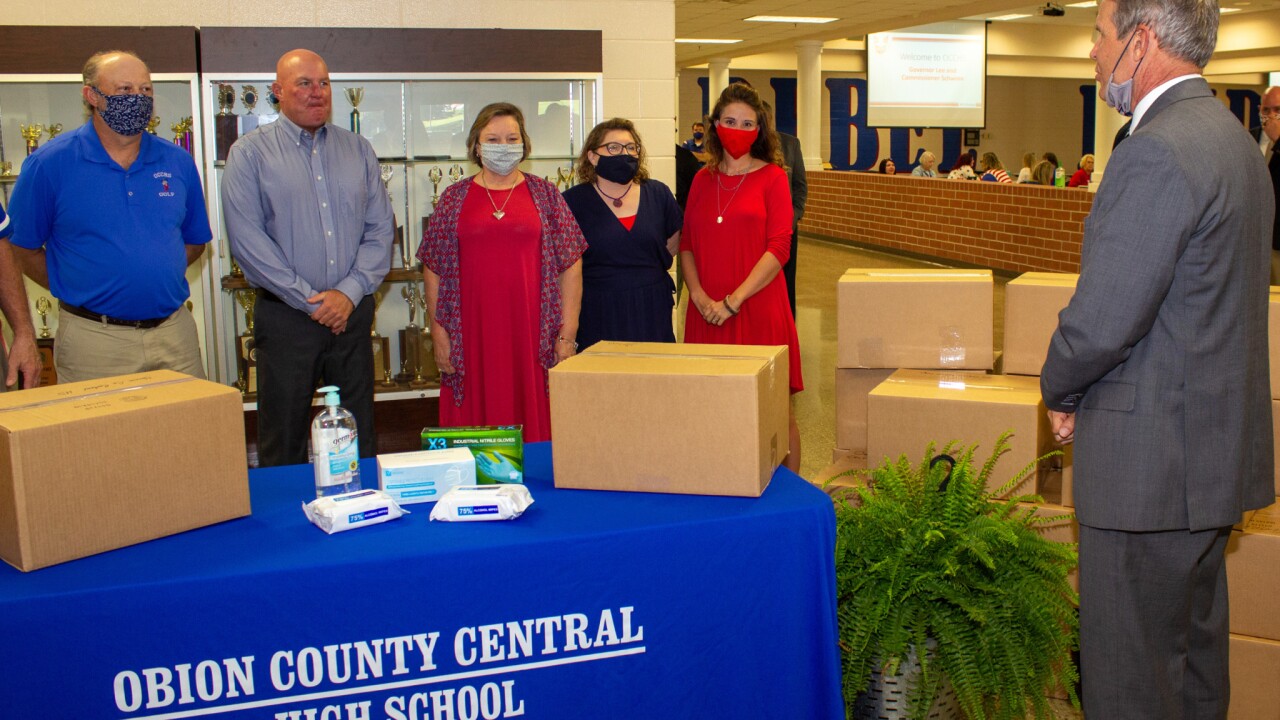 NASHVILLE, Tenn. (WTVF) — Tennessee Gov. Bill Lee defended his decision to mix efforts to help schools respond to COVID-19 with a campaign swing to get a key ally reelected to the state Senate.

While teachers across the state are still awaiting promised supplies to help them protect students and themselves, Lee and his education commissioner recently made a personal delivery of supplies to Obion County in West Tennessee.

"I think it's appropriate for a governor to engage in all kinds of activities across the state, and that's what I do every day," Lee said when asked Thursday about the propriety of mixing COVID-19 response with partisan politics.

On August 3rd, Lee tweeted out a photo of himself, posing with school employees as he delivered gloves, masks and disinfecting supplies to Obion County High School.

He was there with his education commissioner, Penny Schwinn.

This morning, Commissioner @SchwinnTeach and I visited with teachers at Obion County Central High School to deliver PPE kits. These kits will be delivered to every teacher in Tennessee so they won't have to pay for these supplies out of their own pockets. pic.twitter.com/03ZZxp1j8L

Teachers across Tennessee have complained that, even as they are being forced back into the classroom, they have not received the supplies the governor has been promised. They questioned why Obion County got supplies while nearby counties were left waiting.

A supporter of the governor's school voucher bill, the Huntingdon Republican was facing stiff primary opposition from a challenger who opposed vouchers.

"The commissioner of education was traveling with me to do an educational event," Lee said.

"To be efficient in travel and not have two different travel modes, she ended up at that event with me as well. I thought it was entirely appropriate."