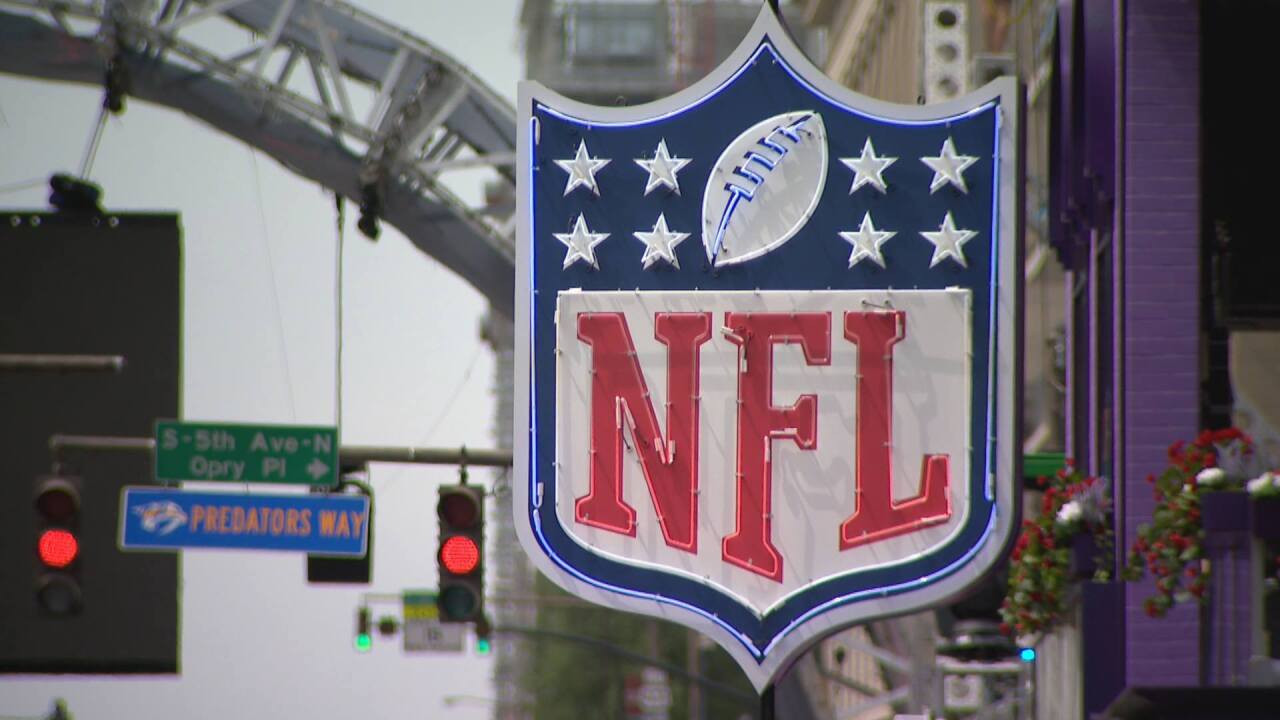 NASHVILLE, Tenn. (WTVF) — NewsChannel 5 is proud to partner with the Nashville Convention and Visitors Corp. to host the Titans' official outdoor watch party for the AFC Championship game on Sunday.

The watch party is set to begin at 11 a.m. on Lower Broadway. Kickoff at Arrowhead Stadium is scheduled for 2:05 p.m.

Meteorologist Lelan Statom will emcee the event. Other NewsChannel 5 personalities will also be there.

“We can’t wait to see our traveling fans in Kansas City for the AFC Championship Game, and we are thrilled that fans at home in Nashville will get to watch the game together as a community,” Titans controlling owner Amy Adams Strunk said. “We can already feel the energy from the city, and we appreciate all the support during this special moment in franchise history.”

The free party will include two stages featuring live music from Jason Eskridge and Sixwire, giveaways, food trucks and other activities. The game will be shown on big screens outside at Broadway near First Avenue and Second Avenue north of Broadway.

Titans cheerleaders and drum line will make an appearance at the viewing party. Attendees are invited to bring blankets and collapsible chairs, but large bags and backpacks will not be allowed.

This is the Titans’ first AFC Championship appearance since the 2002 season. The winner will represent the AFC in Super Bowl LIV, which is scheduled for February 2 in Miami Gardens, Florida.

The Titans beat the Chiefs 35-32 back on November 10 at Nissan Stadium.