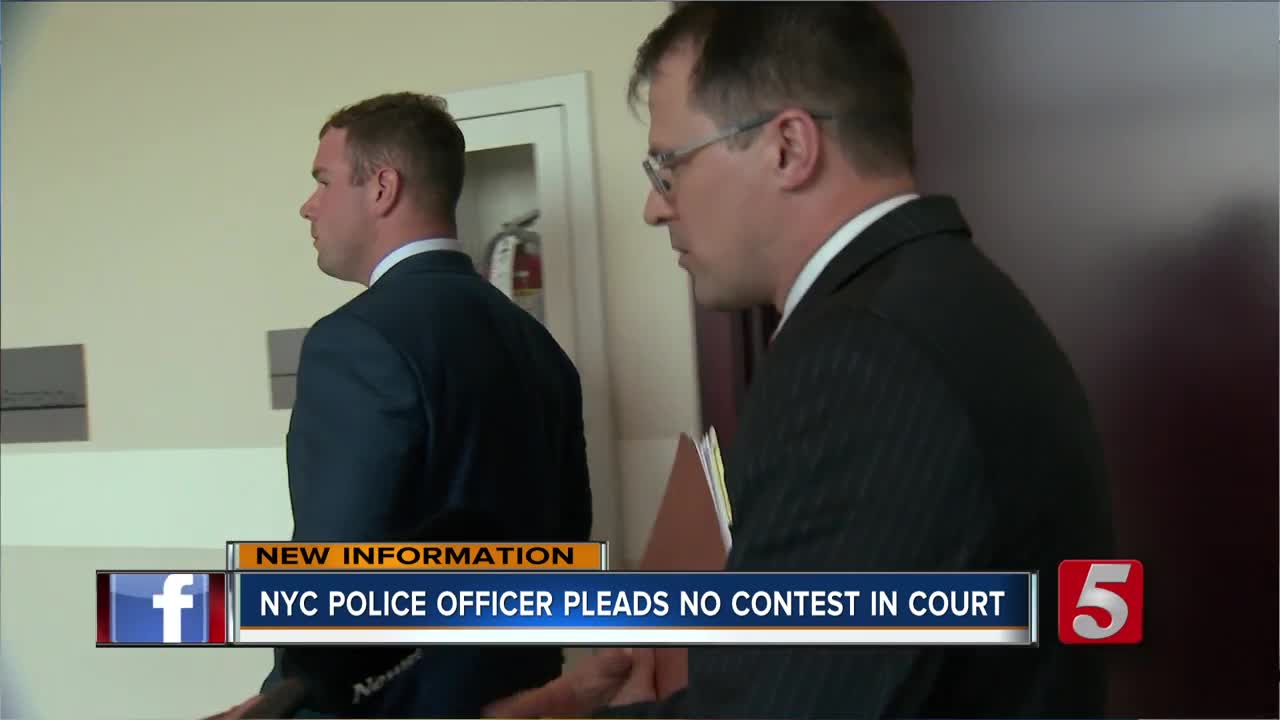 The homeowner, Conese Halliburton, said she felt traumatized reliving the incident in court today. Reynolds was on vacation and staying at an Airbnb with friends one door down from Halliburton's home, and police say he was under the influence of alcohol when he broke into the house.

"He knows what he did, it's on video, there's audio. There was people there so how can he not plead guilty and say this is what you did and stand up and be truthful. You're an officer," Halliburton said.

When the incident occurred, Halliburton told Metro officers Reynolds kicked in the door and started yelling at her and her two sons who had not went to bed yet. A surveillance camera captured part of the exchange and a man's voice shouting, "Try to shoot me, I'll break every bone in your f(expletive) neck. You f(expletive) n(expletive)."

"He made it past the first bedroom, down the hall to like two more bedrooms and the only thing that stopped him was my sons. So it was scary," Halliburton said.

Justin Adams, who represents Reynolds, would not answer media questions on Thursday.

Criminal Court judge Mark Fishburn scheduled a sentencing hearing for November 7th. It will then be decided how long of a sentence Reynolds will have and if he will spend time in jail and/or community service.