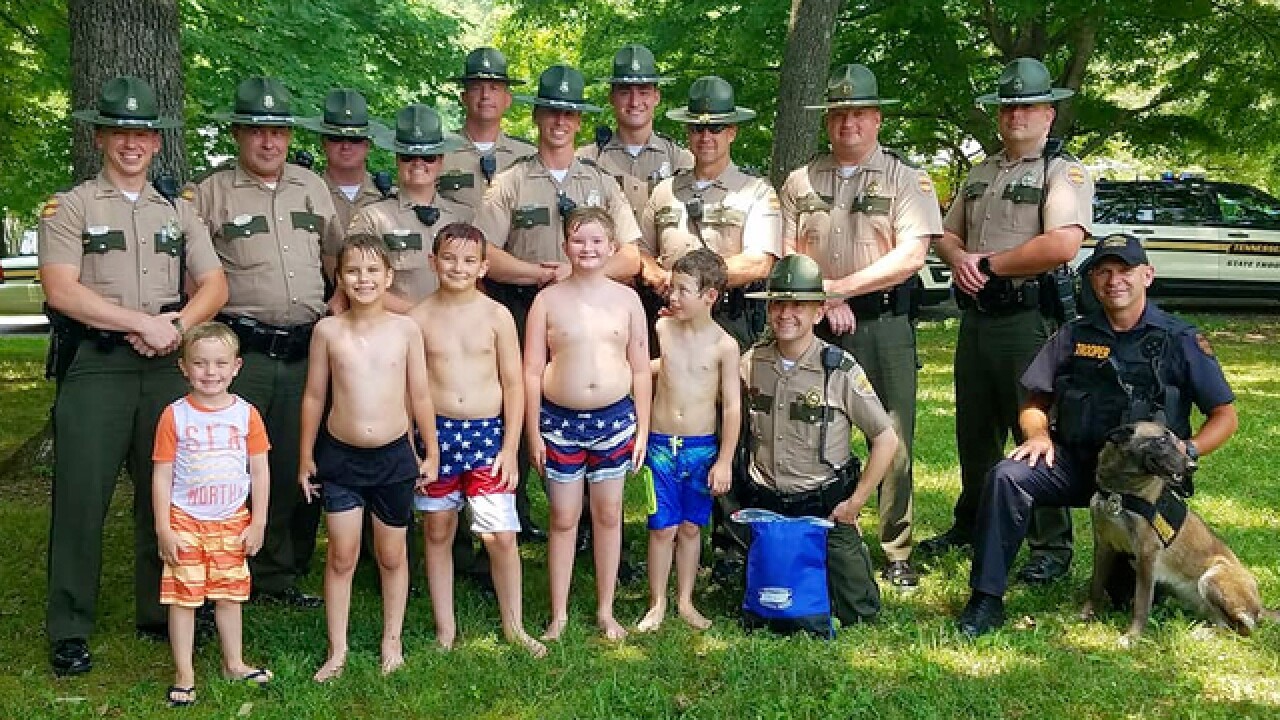 Copyright 2018 Scripps Media, Inc. All rights reserved. This material may not be published, broadcast, rewritten, or redistributed.
&lt;p&gt;Courtesy: Tabitha Walp&lt;/p&gt; 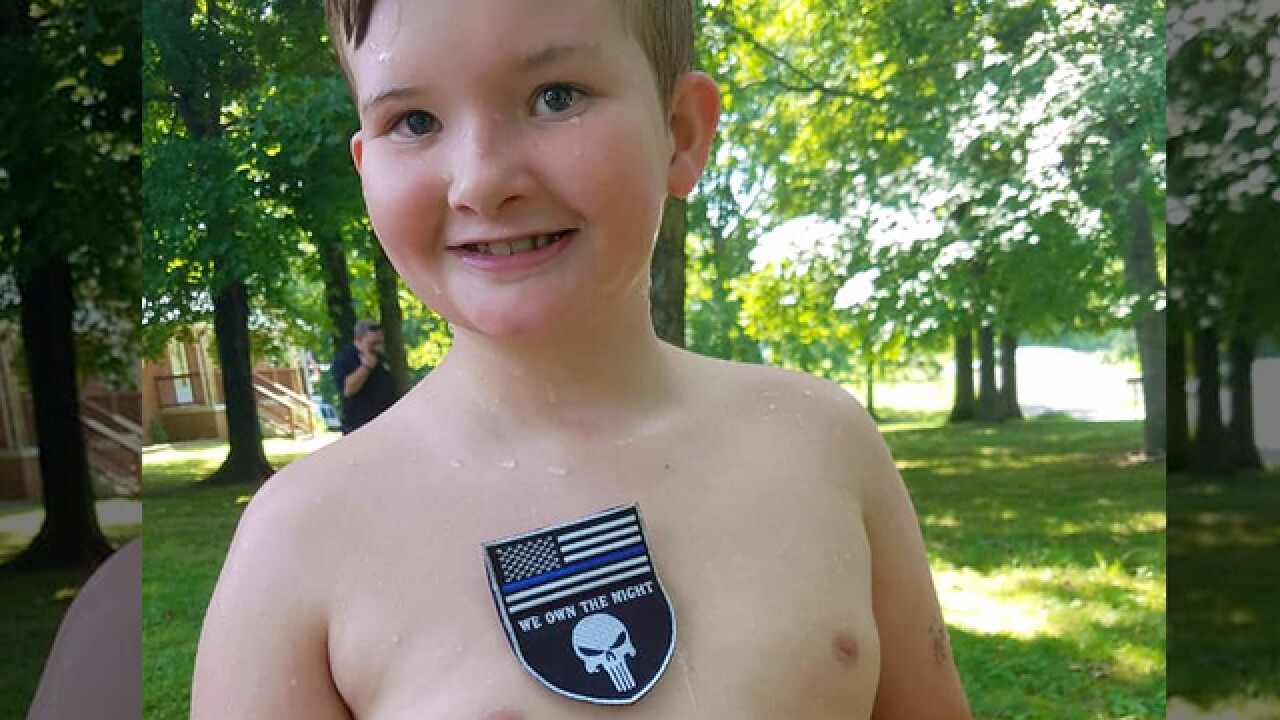 When a Dickson County boy invited law enforcement to his birthday party, they didn’t let him down!

Dayton was ready to celebrate his 10th birthday, and his mother, Tabitha Walp, decided to put out a post on Facebook inviting any and all law enforcement to stop by for some food and fun.

Walp told NewsChannel 5 Dayton has a rare genetic disorder called 48XXXY syndrome and added he has also been diagnosed with autism. She said she’s constantly encouraged him to shake hands with law enforcement officials and thank them for their service.

However, she added that’s sometimes hard for him because he’s too shy. He’s struggled to communicate with adults, and in therapy, he’s been working on giving high fives when someone tries to shake his hand.

Walp said the recent tragedies in Dickson County have affected everyone, including her son, which was also a large reason why they wanted to invited law enforcement to the party.

“Our community has come together so beautifully to show support. Dayton and I have made it our daily routine to point out the thin blue lines,” Walp said.

She knew when her Facebook post was shared more than 100 times, they would have to serve many more hot dogs than initially expected. Family members, friends, and even a family who contacted Walp from Alabama helped out with food.

Dayton received gifts from the departments, which Walp said was unexpected “because we were just wanting to give to them.”

He received department patches from various agencies, and coins from the THP and TBI.

She said his favorite gift was a police car that Dickson County Sheriff Jeff Bledsoe gave him. Walp said Dayton played with it all night long!

“First responders got to do something fun for a change, and Dayton got to work on interaction with adults, gave out some high fives, and even a few hugs,” Walp said.