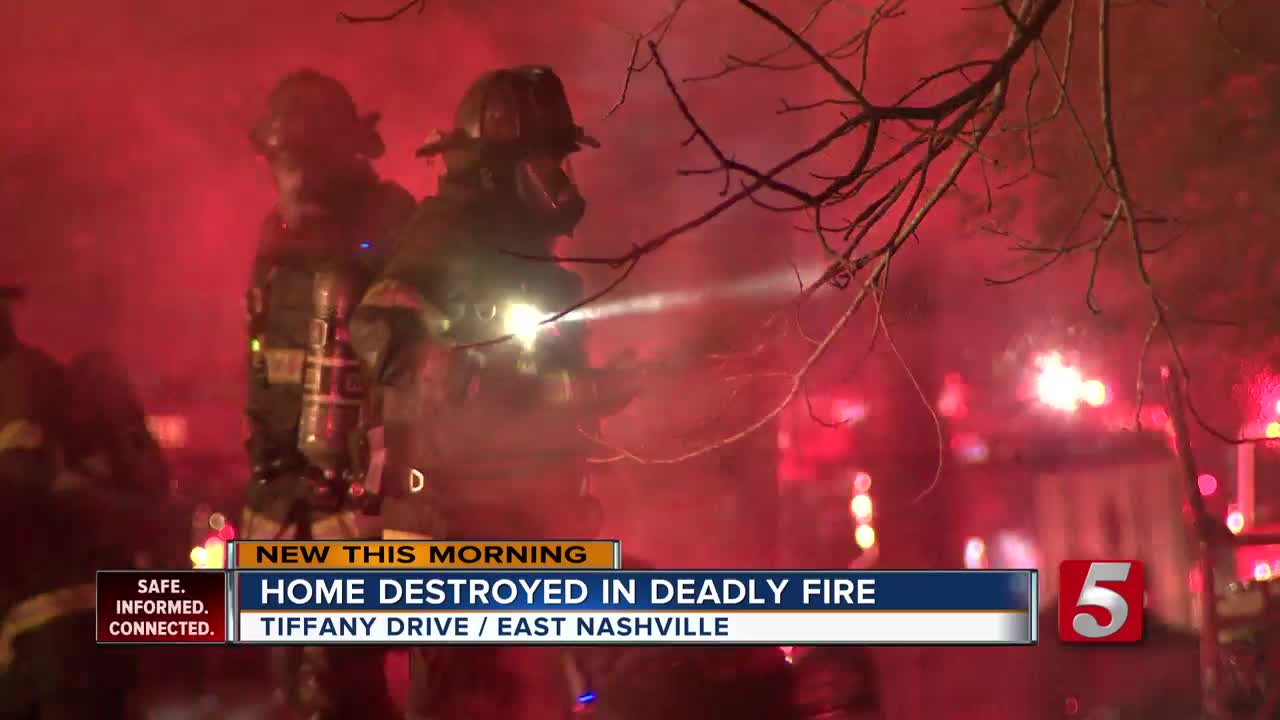 Fire officials have confirmed the hospitalized patient has died.

A house fire in East Nashville early Saturday morning resulted in one person dead, and another transported with injuries.

According to Nashville Fire, crews responded to reports of an alarm at a home on the 2600 block of Tiffany Drive around 1:30 a.m. They arrived to heavy smoke and flames showing at the house.

No vehicles were in the driveway and the house was dark, but neighbors told crews two people were inside.

When firefighters attempted to open the front door, it only opened a few inches, as items inside obstructed the door. When they made it inside, the overwhelming clutter they found made it difficult to search the home.

One male was taken to Vanderbilt University Medical Center in critical condition. Another male was then found dead in a back bedroom of the home.

Another crew was dispatched later in the morning after a hot spot rekindled. At the time of writing, fire investigators were still on the scene.