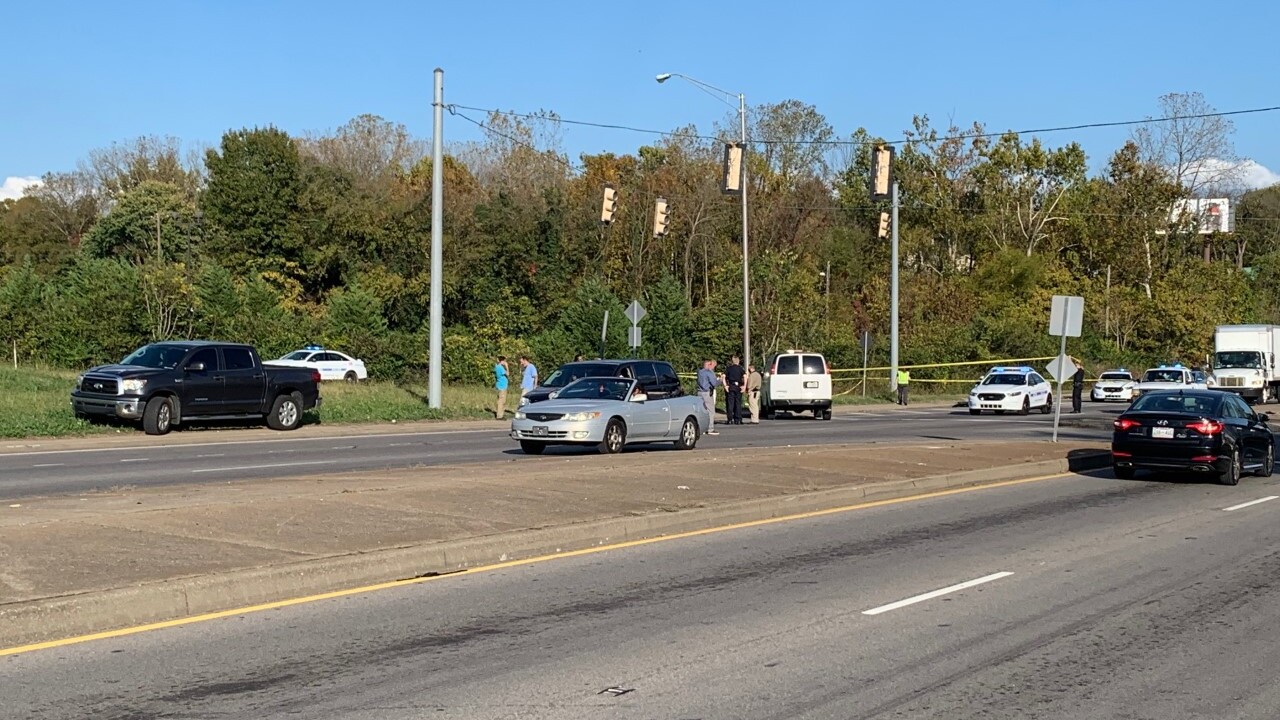 NASHVILLE, Tenn. (WTVF) — One person was killed and one other was critically wounded in what police are calling a road rage shooting.

Metro Nashville Police officials released information about the incident, saying detectives pieced together a chain of events from surveillance video, and interviews.

Around 3 p.m. a maroon Camry sideswiped a white Chevrolet Impala on Brick Church Pike. The driver of the Impala chased after the Camry and called nearby friends, one of whom was McCrary in a white Audi SUV.

When the Camry was stopped by traffic on W. Trinity Lane, the driver of the Impala pulled forward while the Audi SUV pulled behind the Camry to block the Camry in.

According to the rear seat passenger of the Camry, 19-year-old Maceo Parker Jr., McCrary got out of the SUV with a gun in his waistband and tried to open a door on the Camry. Parker told officers he got out and fought McCrary wrestling the gun away from him then used it to shoot McCrary. Parker then got back into the Camry and fled. Parker was shot in the neck by someone as the Camry drove away.

Seeing the Camry leave, the driver of the Impala took off after it. As the Camry slowed to make a right turn, the Impala crashed into it, causing the Camry to spin into a wall at Brick Church Pike and W. Trinity Lane.

Officers found Parker and the other two men from the Camry at a nearby fast food restaurant. Parker was taken by ambulance to a hospital for treatment of the neck wound.

McCrary and the two men with him were found with the Audi at the W. Trinity lane interchange with I-65. McCrary was rushed to a local hospital and was pronounced dead from multiple gunshot wounds. The driver of the Impala and that car were found at the Motel 6 on Brick Church Pike.

This investigation is ongoing. No charges have been filed. Any driver who witnessed the fight or gunfire was asked to call Detective Schroeder at 615-862-6931.

At the time of this incident, Parker was serving a six-year supervised probated sentence in relation to April 2020 convictions for auto theft and felony evading arrest.