One killed in Murfreesboro crash 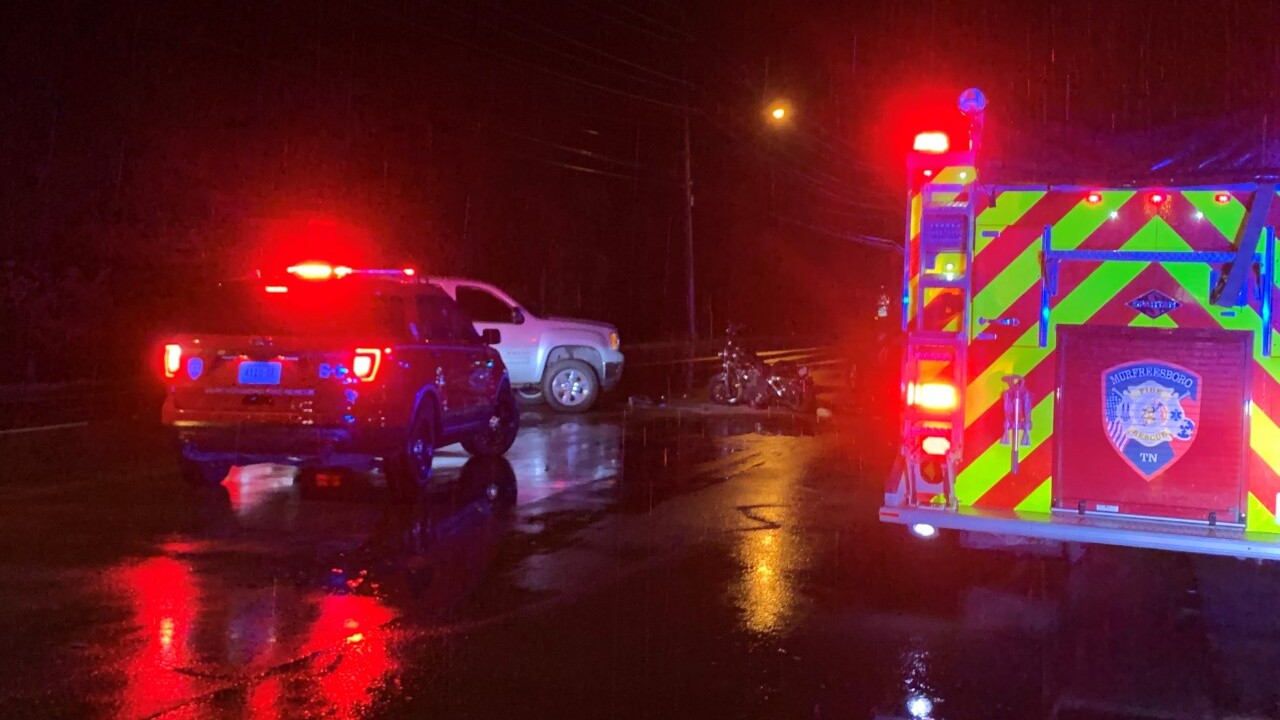 MURFREESBORO, Tenn. (WTVF) — One person was killed after a crash in Murfreesboro on Saturday night.

Police said a GMC Sierra pickup truck was leaving the Blue Apartments on S. Rutherford Boulevard when it was hit by a motorcycle with two passengers on it.

The male passenger was taken to Saint Thomas Rutherford Hospital where he was later pronounced dead.

The name of the victim will not be released until next of kin is notified.

Police said the other passenger was taken to TriStar Stone Crest Medical Center. The driver of the pickup truck was not injured.

The crash is under investigation by the Murfreesboro Police Department.