Operation Stand Down looks to help more veterans with expansion 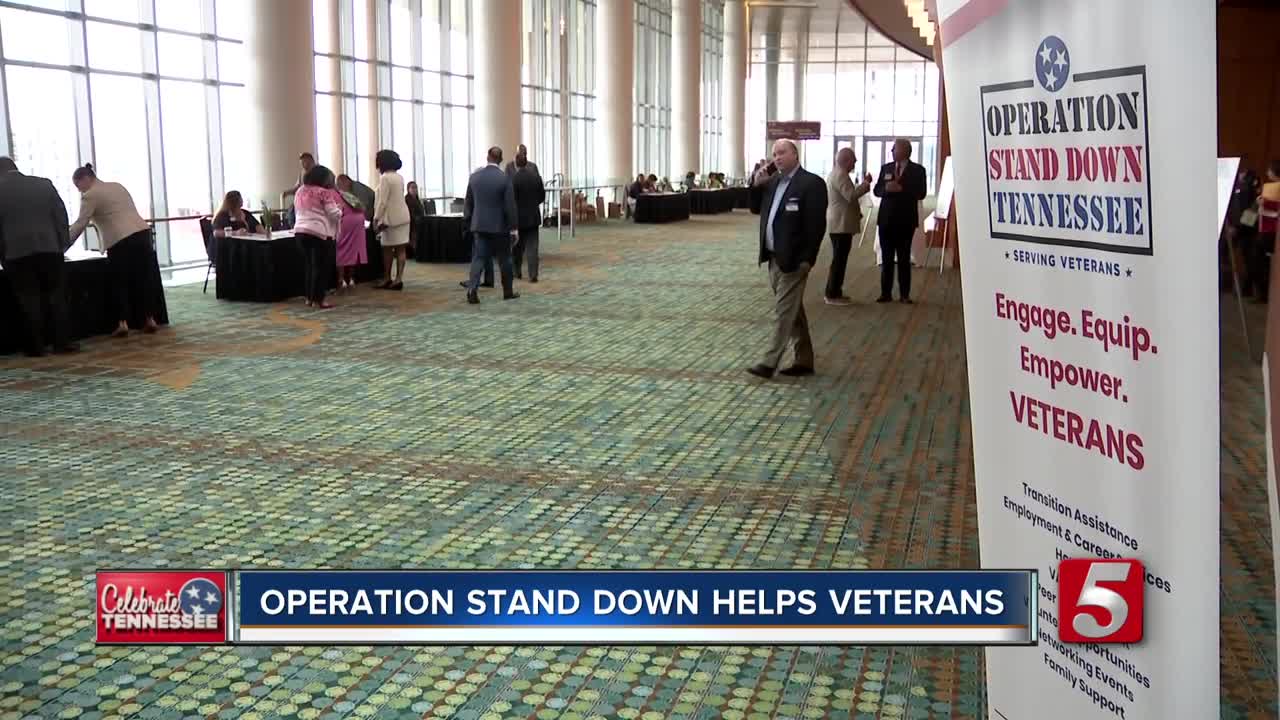 Operation Stand Down Tennessee is helping more veterans transition home thanks to big money raised at its annual Heroes Breakfast.

According to Housing and Urban Development officials, more than 740 veterans are homeless in Tennesse.

After twenty years in the Army Master Sargent Aaron Martin is retiring and starting his civilian life with his family in Nashville.

Thanks to the transition Services of Operation Stand Down Tennessee he's connecting with contacts and career coaching he hopes lands him a job now that he's finished with his service in Afghanistan.

"Just another great resource to get you embedded in the community and help you with introductions and career services and things of that nature," said Sargent Martin.

"The very exciting thing for us with this new Post 9/11 generation is that we have an opportunity to prevent that generation from experiencing what so many of the previous generation experienced on the streets," he said.

This expansion is paid for with federal grants and private donation. The group is also updating and expanding its career center.

Construction at 12th and Edgehill is underway for the Curb Victory Hall. It's going to be a 39-unit, 5-story residential center for homeless vets. It's set to be open by next summer.

"We've gotten veteran homeless numbers down and they continue to decrease which then allows us to help veterans that are struggling or transitioning into the civilian world, but well ahead of becoming homeless," said Krenson.

Those transition services include job readiness training and placement along with financial counseling, legal help, and family support.

Click here to learn more about Operation Stand Down.