Outbuilding Fire In Brentwood Believed To Be Caused By Lightning 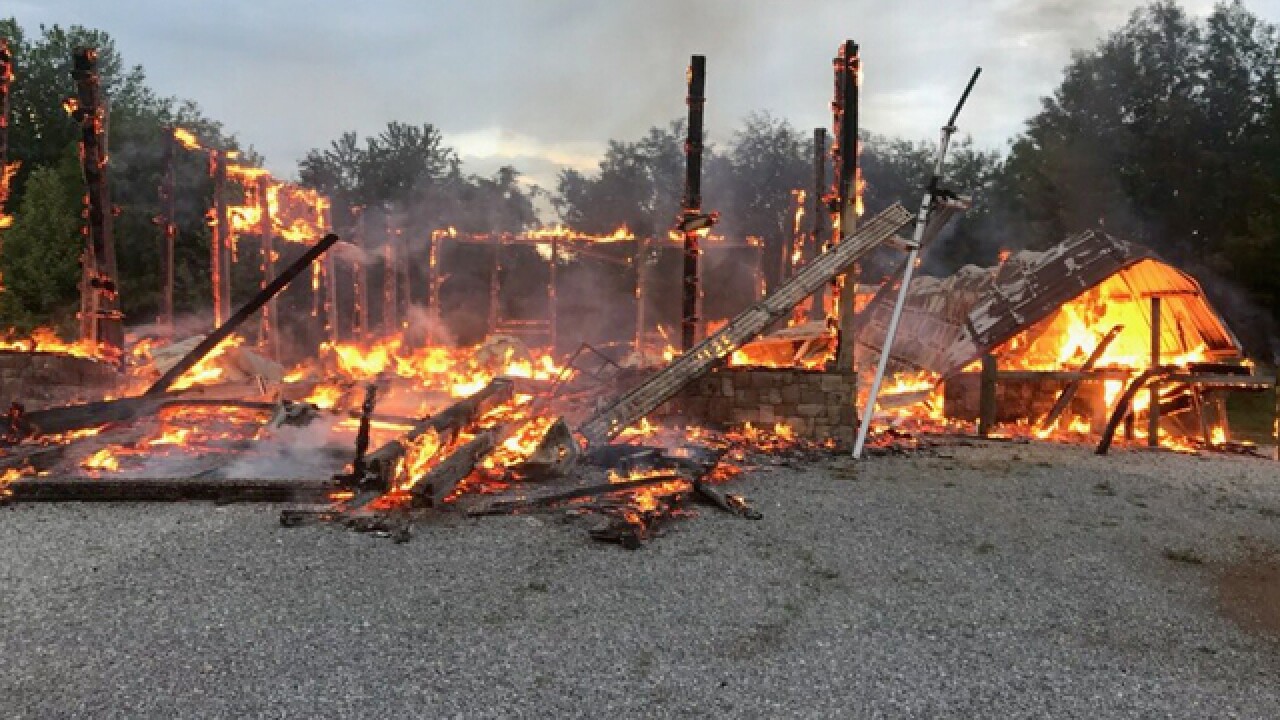 Copyright 2018 Scripps Media, Inc. All rights reserved. This material may not be published, broadcast, rewritten, or redistributed.
&lt;p&gt;Courtesy: City of Brentwood on Twitter&lt;/p&gt;

An outbuilding caught on fire in Brentwood, and fire officials said it was likely the result of a lightning strike.

The building was a total loss, according to a photo posted to social media by the City of Brentwood.

Officials were working the fire Friday evening and asked the public to avoid Crockett Road between Arrowhead Drive and Green Hill Boulevard.

All lanes were closed in that area.

Authorities said the outbuilding was a livestock barn that was under construction. It was 95 percent complete when the fire happened.

No animals or people were in the area when the fire occurred, and no injuries were reported.

Further details were not available as crews continued to investigate.