Paradise Park To Close This Weekend 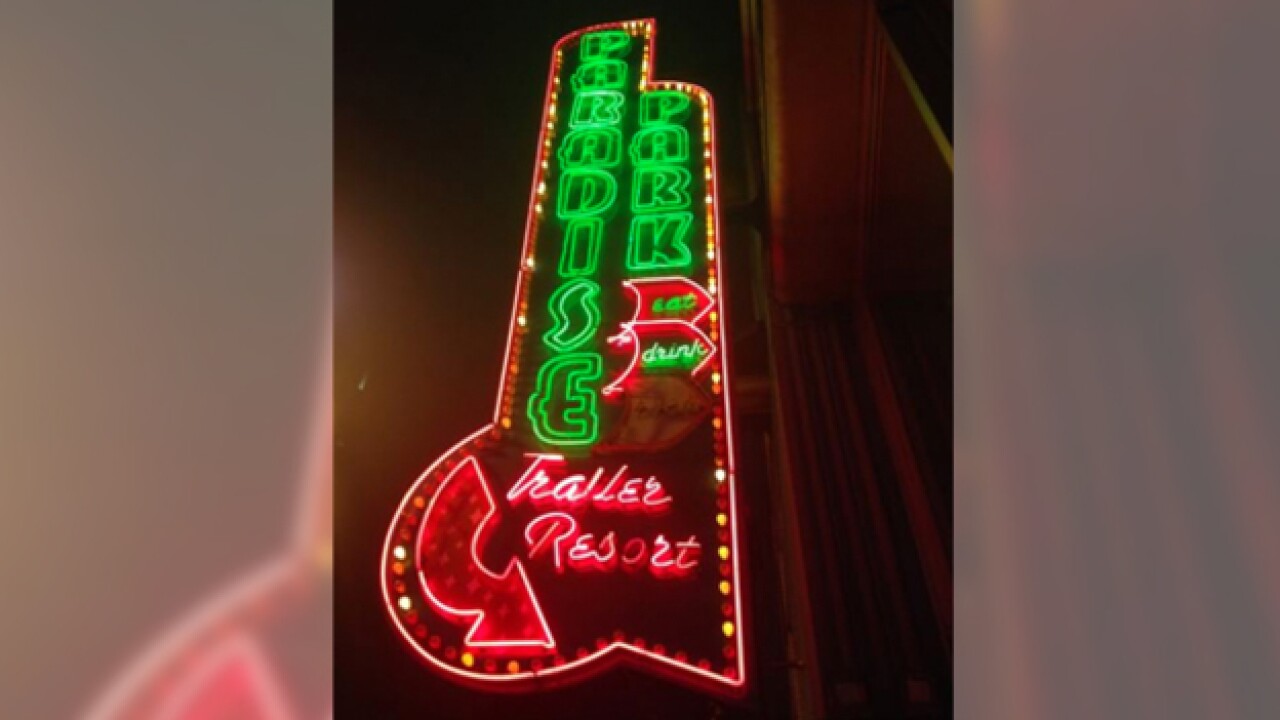 It is the announcement locals have been dreading but today came word from Strategic Hospitality that Paradise Park will be closing its doors for good on Saturday night.

The green sign and red neon lights often shine like a lighthouse on a foggy night, beckoning in wayward Nashville natives who have found themselves adrift among tourists and pedal taverns on Broadway.

But last month month, came the announcement that local favorite Paradise Park would close to make way for a new concept bar.

Before the trailer park themed bar closes down for good though, a weekend of celebrations -- or as some would say "memorial activities" -- will be held at the bar.

Participating couples will be given ring pops, top hats and tiaras with veils. In a press release sent out Monday, officials said couples will also be given a coupon for free chili cheese tots and sweet tea.

Due to popular demand the bar will be selling 50 framed pieces of astroturf. The proceeds will benefit the Oasis Center. Paradise Park has partnered with the Oasis Center in recent years as part of their Hot Chicken and Jorts fundraiser, raising nearly $100,000 for at-risk youth.

The announcement of the bar closing last month left long-time customers in shock.

"I was extremely upset and a little disappointed. It's like Cheers but without the chatter," says Tyler Sanderson, who frequents the bar.

Sanderson is so passionate about trying to keep Paradise Park that he's created a Facebook group, "Keep Paradise Park Alive!" which currently has more than 200 members. While he realizes it's just a bar, Paradise Park to Sanderson and other locals stands out on Broadway because of its unique character and cheap, affordable drinks.

"We know that after we walk out of there we won't have to go to Advance Financial for a loan," he said.

Paradise Park first opened 10 years ago. It's artificial turf floor often retains the stench of the countless beers that have been spilled on it over the years. There's even a bug lantern hanging in one corner of the ceiling near a disco ball, right above the El Camino that's been turned into a band stage.

But that's why locals seems to love this place so much.

For their part, representatives from Strategic Hospitality say the building in its current state has a lot of unused space. They admittedly were caught off-guard by the public backlash but contend that the building is owned and being renovated by locals, not an out of town developer.

"We’re asking people trust us in this effort. We are so grateful for the outpouring of love for Paradise Park and believe me, we all love it too," one company representative said in a statement.

"It's a home for a lot of people," said Andy Bolton, who first discovered the bar in college.

"There are numerous bars that have opened up down here and they're all just carbon copies of one another. But this is unlike any other bar. Once it's gone, I'll be losing a piece of my heart," Bolton said.