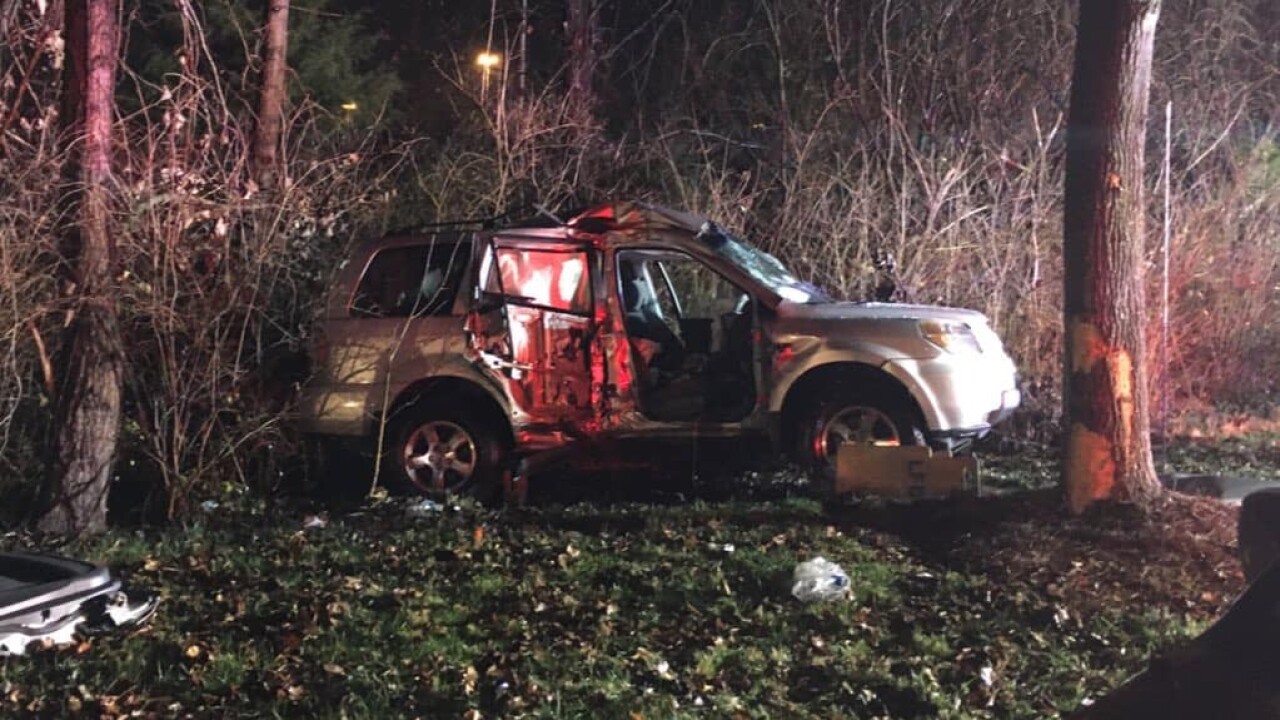 The incident happened around 11:30 p.m. Monday on Centerpointe Way at New Paul Road.

Police said the driver crashed into a tree. Both women in the car were taken to an area hospital, where one was pronounced dead.