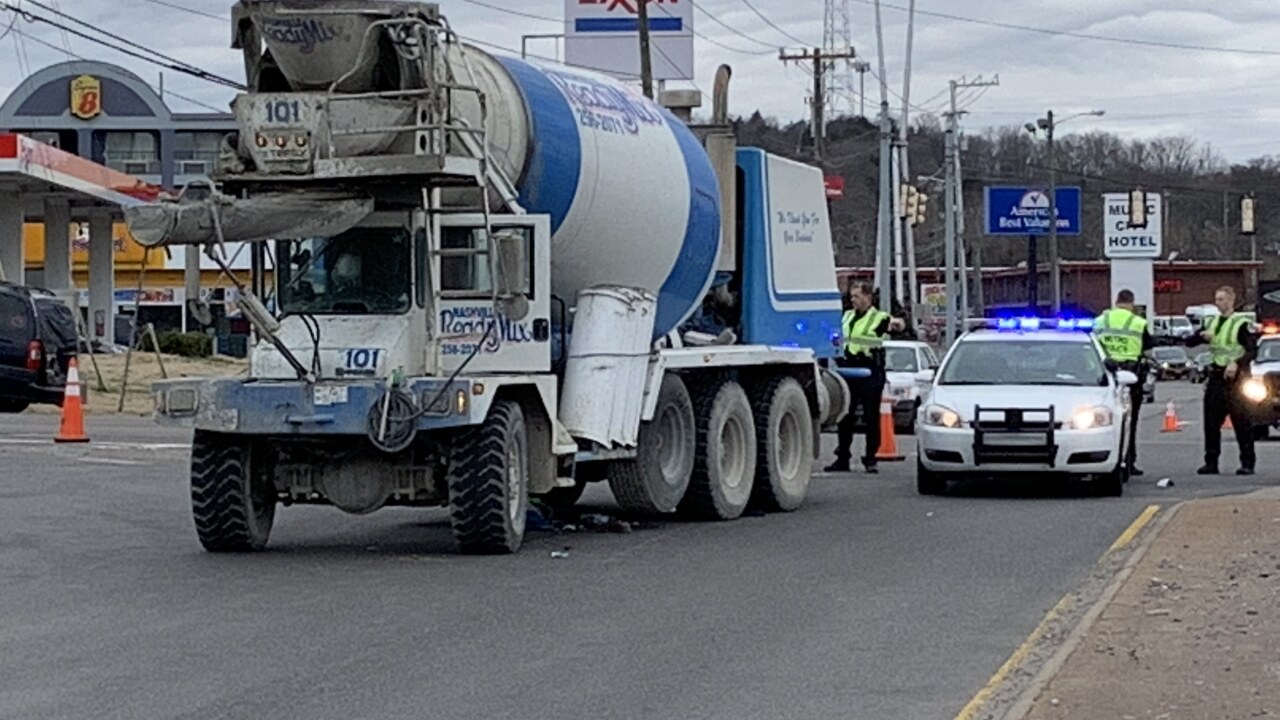 NASHVILLE, Tenn. (WTVF) — A person died after being hit by a concrete truck in Nashville on Friday.

The person hit has been identified as Al Star, 66, of Nashville.

An investigation by the Metro Nashville Police Department shows that Star was crossing Brick Church Pike as the concrete truck turned left onto Brick Church Pike from Trinity Lane. Star was hit in the roadway. The driver of the truck said he saw Star as he was making the left turn and could not stop in time. Star was rushed to Vanderbilt University Medical Center where he died.

There is no crosswalk at the intersection, but Star was crossing where a crosswalk would typically be. Fatal crash officers have not determined who had the right of way. Their investigation is continuing.

There was no indication of impairment on the part of either individual.