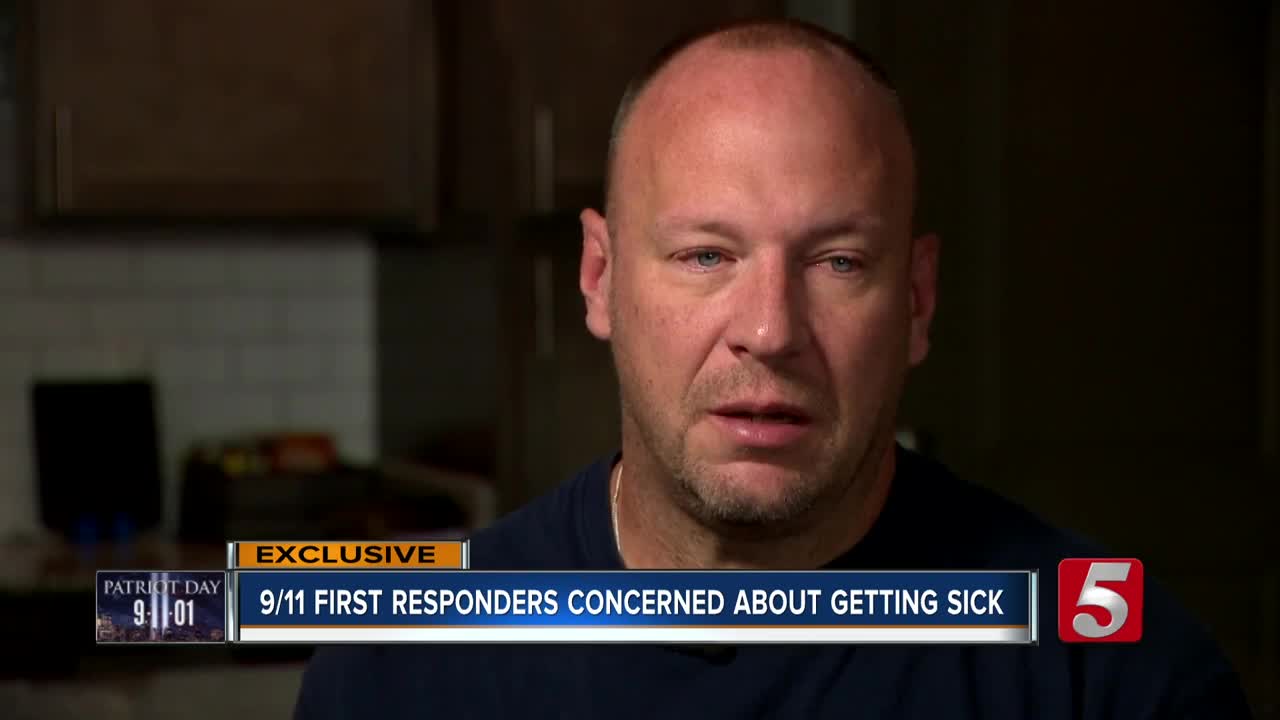 Former NYPD Highway Patrol Officer, Scott Faver, now lives in Tennessee. But on September 11th, 2001, he was at Ground Zero in the moments following the attacks. 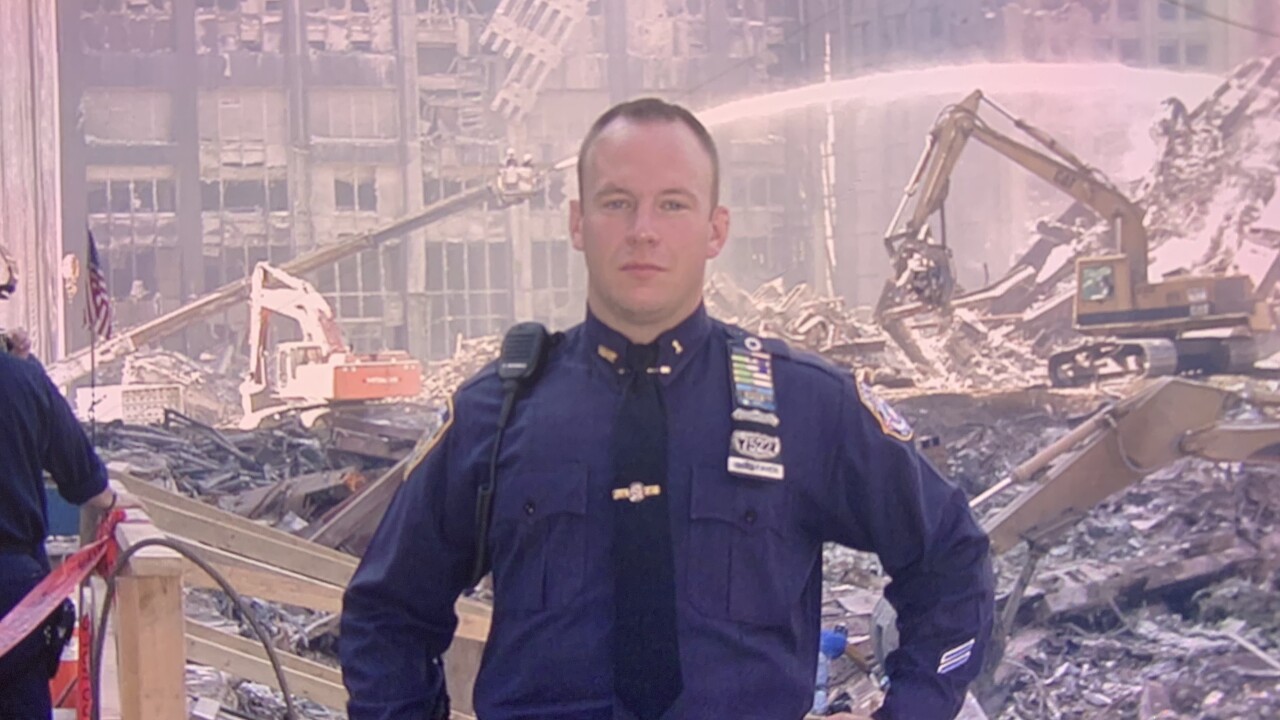 THOMPSON'S STATION, Tenn. (WTVF) — "I was on a motorcycle down there, until mid-November," says Scott Faver, recalling the days following the 9/11 terrorist attacks. He was a New York City Police officer, assigned to the Highway Patrol division and was in the Bronx when the call came over the radio. His two colleagues, who arrived at the site before he did, perished when the twin towers fell.

"I saw the second plane hit the building," Faver says, sitting in his Tennessee living room. He and his wife Iris, along with their two teenage children, just relocated to the Volunteer State last month. It's the first year he's not home and says 18 years later he still remembers the sheer chaos in lower Manhattan...and the silence that followed.

"I was about three blocks away, on West Street, facing the buildings." Faver says. "You heard the rumble and for me, it was just silence, as you heard the implosion." He describes the plume of smoke that seemed to swallow the lower half of the city, covering it with ash and debris. People walking with fear, shrouded in soot, searching for answers.

Faver remembers the loved ones left behind, trekking to Ground Zero, hoping for a reunion.

"Ultimately, most people faced the reality that no one would be found with the catastrophe that occurred." Faver says.

Now retired from the NYPD, Faver is among the nearly 100,000 people enrolled in the World Trade Center Health Program. The Centers for Disease Control manages the program and tells NewsChannel 5 that since its inception in July 2011, there's been a 61.3% increase in its members. In Tennessee, CDC data reveals there are 174 people enrolled, among them 157 responders and 17 survivors. While Faver says he's not showing any symptoms of illness, he's already lost more than a dozen friends in the years following the attacks.

"Where does it end, where does it stop?" Faver says, visually emotional. "Even me, thank God I feel healthy, but everyday is a crap shoot. If you wake up and you have a cough or you feel a mole on your skin, you think, 'is it my turn?' "

Faver was stationed at Ground Zero through November of 2001, "...to escort bodies out of sites and we were told the air was safe, which we know now, it wasn't."

In July, President Trump signed an extension to the Victim's Compensation Fund to cover those impacted through 2092. Getting the signature, he says, was a source of friction and controversy.

"It just doesn't make any sense," Faver says. "It should have been done years ago, where we were all covered years ago."

He now goes for annual check-ups where his lungs and blood are monitored. He keeps photos on his phone, so he can remember, the sacrifice of so many on that day and the lingering effects it still has.

"Think about the families it's impacting now," Faver says. "Their families survived 9/11, now they're getting brain cancer or stomach cancer." According to the CDC, more than two thousand people enrolled in the World Trade Center Health Program have died. A spokesperson tells Newschannel 5 the deaths could have come from any cause, not necessarily from a 9/11 related illness.

"It's something I think about, " Faver reveals candidly. "I won't lie about that...and you try to plan for it." His next plan, though, is to become a volunteer firefighter in Williamson County. His agility test is tonight.