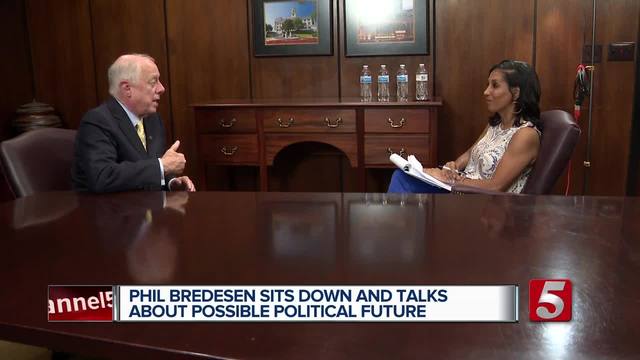 Phil Bredesen, a Democrat, is a man with a plan to become the next United States Senator from Tennessee. He sat down with NewsChannel 5's Vicki Yates to talk about his possible next political chapter. 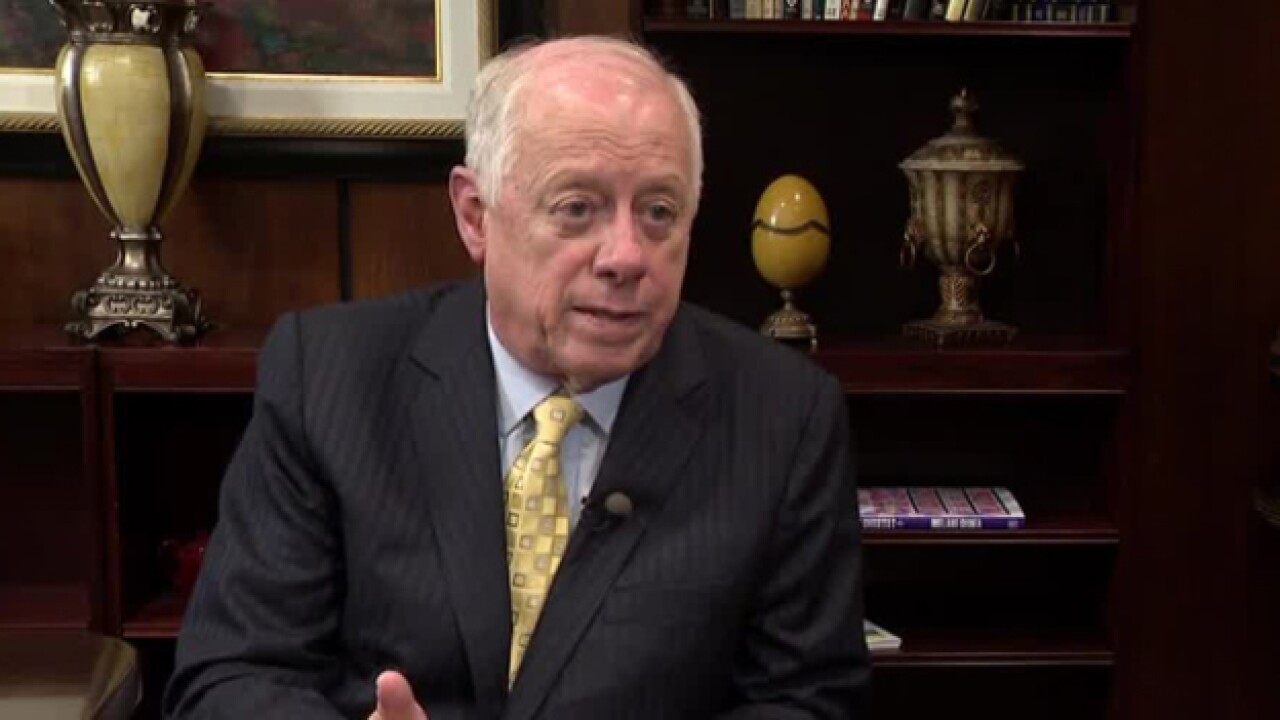 Former Governor Phil Bredesen wants to become Tennessee's next United States Senator. He sat down with NewsChannel 5's Vicki Yates to talk about his next political chapter.

"I have spent 16 years in public office, and I did that because you know, I love my country and the state. Tennessee has been really good to Andrea (his wife) and I. I really believe in government as a vehicle, for addressing real people's problems. When I see it failing to do that, by getting way too caught up in partisan politics, and take no prisoners kind of elections, it hurts me and disappoints me," Bredesen said.

His ads suggest he's willing to work with President Trump in Washington. One issue he opposes, though, is the President's trade policy.

"I think these tariffs are a real problem, for Tennessee. It's hurting the agricultural community for sure, you know, the whiskey community. The distillery community is being hurt by it, but I think really the biggest long-term effect, could be on the automotive industry. We've got such a good thing going now. We've got three assembly plants. We've got a great many auto suppliers of various sorts, a lot of them in some of these rural areas, that really need the jobs," he said.

Bredesen says political leaders owe it to their constituents to be less divisive.

"We're divided, and I think the political world bears some of the responsibility. A lot of the responsibility for that, I mean, whenever you keep trying to say whatever your problems are, and blame it on them that's not the way you bring people together. I think the task of leadership, is to find common ground, not to divide people and try to get a majority on your side."

Some credit Bredesen's time as Nashville mayor as the turning point to becoming an "it" city.

"It makes me really proud to see what Nashville is doing and becoming and I feel like I played a role in helping to get that going, the sports teams, the library, the school stuff and so on, but it's become a very exciting city. I think that's important. I mean it keeps young people here, instead of moving somewhere else. It brings a lot of new people to town, and it certainly is good for the economy," Bredesen said.