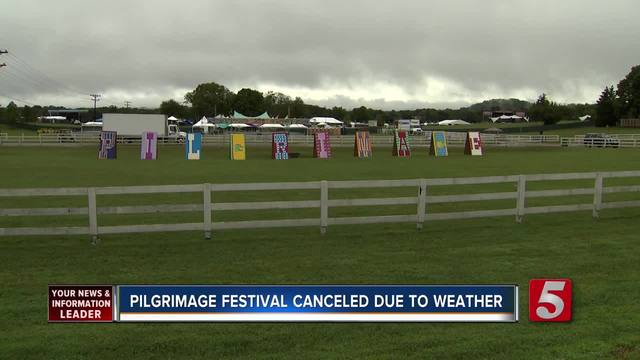 Over the weekend, tens of thousands of music fans traveled to Franklin for Pilgrimage Music and Cultural Festival, but unfortunately, the weather did not cooperate. 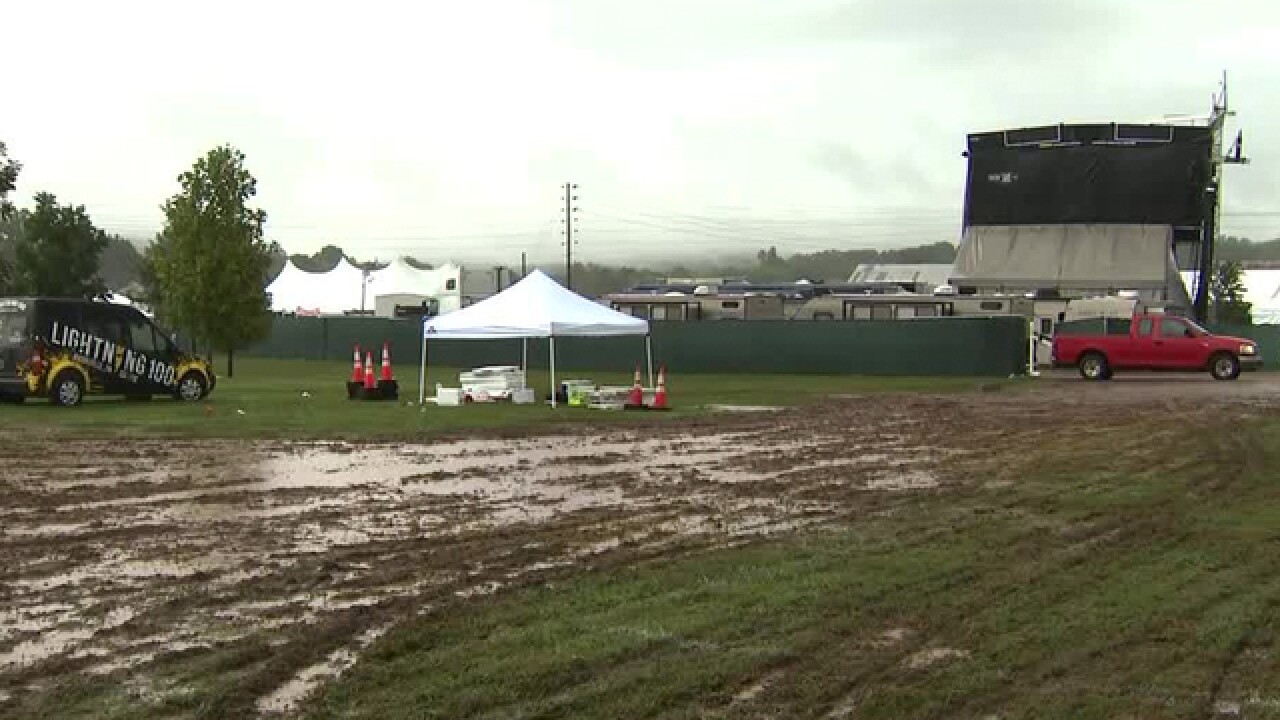 Over the weekend, tens of thousands of music fans traveled to Franklin for Pilgrimage Music and Cultural Festival, but unfortunately, the weather did not cooperate.

The festival was cut short on Saturday, with the city of Franklin and festival organizers evacuating The Park at Harlinsdale after lightning was headed their way. Franklin officials made the decision to cancel the festival on Sunday due to forecasted weather and the conditions on the ground.

"If you flew into town, you spent a bunch of money, I understand why you might be mad, but I think they did the best they could and it was a tough situation," said Kelsey Voss, a Franklin resident who attended the festival. "You can't do much about it, and I thought they did a good job."

Why was the festival canceled?

This was a question many were asking on Sunday when the festival was canceled for the rest of the day, despite the event being "rain or shine."

Here is the official statement from the city of Franklin:

With the threat of additional thunderstorms on Sunday, City officials made the call to cancel the Pilgrimage Festival for today due to safety concerns. Expected attendance was estimated to be 25,000 people.  Staff were on site at 6:30 amto evaluate onsite and offsite parking.  Due to site conditions, over 10,000 patrons would no longer have a place to park on site and at Liberty Elementary, which ultimately would result additional problems should there be another evacuation. In addition, site conditions due to heavy rains resulted in additional hazards on site including concerns about electricity to stages and vendors.

This decision is made based in the interest of protecting the safety of patrons and citizens.  Pilgrimage fully supports this collaborative decision by the City to evacuate on Saturday and cancel the festival for Sunday.

Okay, so the festival was canceled. Will I get a refund?

Yes. The festival released the following information on Monday:

Sunday Single Day Ticket: 100% refund of your ticket price
Two Day Weekend Ticket: 50% refund of your ticket price
The above refunds apply to all GA, VIP, and Grand Champion tickets at your originally purchased price level. We expect refunds to be processed in the next 3 weeks. We are still working through what additional refund might be available for Saturday’s shortened programming. More details to come.

At the posting of this article, how you get a refund was not determined.

What about the artists who were going to play Pilgrimage? Will they play here again?

It's possible the festival could move locations, or potentially not happen at all. Artists in the past have expressed their love for the festival and have said they have enjoyed playing it, so the word of mouth should help artists who were planning to play over the weekend reconsider playing the festival once again.

As for the artists, it was probably an easy pay day. While we have not confirmed that the artists were paid at this point, generally, an artist will still get paid if a festival is canceled. Many festivals have insurance policies that help them make the payments if issues arise, such as severe weather.

How much money was lost due to the festival being canceled?

In 2017, the festival raked in a considerable amount of money, both for the festival, for the City of Franklin, and for multiple charities.

Festival organizers reported that the 2017 festival generated $553,700 in economic impact, as well as an additional $144,000 in the form of food and beverage tax. This year's numbers were expected to be similar.

Nearly $100,000 was raised for charities last year as well, including Friends of Franklin Parks, the American Red Cross, Dark Horse Institute, and MusiCares.

Official numbers for money made by the Festival itself were not released for the 2017 festival, but with the cheapest ticket at $125 per-day for one-day passes and $185 the cheapest for both days, with an estimated 25,000 people attending, the festival should have brought in at least $4,625,000 in ticket sales alone. Some tickets cost as much as $2,500 for the two-day festival, meaning that number could be much higher.

The other groups that could have been impacted include Blackberry Farm, which was catering a VIP experience at the event, as well as all of the vendors and food trucks that were there.

Will the festival be back next year?

If you're a fan of music or you have had a good experience at the festival before in years past, you hope the answer is "yes" to this question.

The Park at Harlinsdale Farm is owned by the city of Franklin, so they have say over a lot of the operations on the property. While statements from Pilgrimage said they were in agreement with the evacuation and eventual cancelation of the event, if they run the festival on private grounds (which is done every year for Bonnaroo, and which was done for Woodstock back in the day), they would have more control over what happens on the grounds.

If the festival would have gone on Sunday at the Park at Harlinsdale, there no doubt would have been significant damage to the grounds from cars driving through the grass parking lot and all of the foot traffic on the muddy grounds. It's unclear if that was part of the decision-making process, but it certainly could have been an issue.

If Pilgrimage wants more control over the property where the festival takes place, they may have to move to a different location.

Justin Timberlake got involved with the festival a couple of years ago, and he has a home in Leiper's Fork, so it's possible the festival could move in that direction, but at this point, it's too early to speculate.

As we get more details about Pilgrimage Festival, refunds, and the future of the festival, we will update this article.