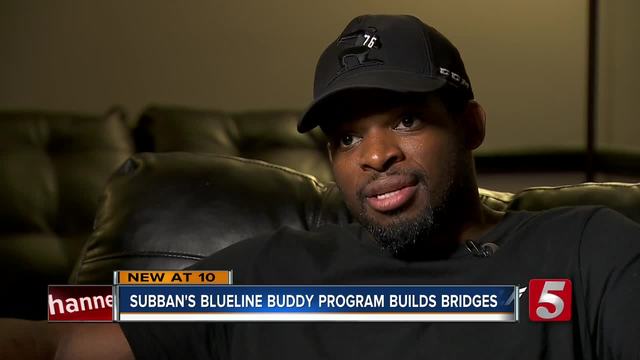 The Nashville Predators hit the ice for their third home game of the season. In the crowd to watch were a few very special guests of defenseman P.K Subban. 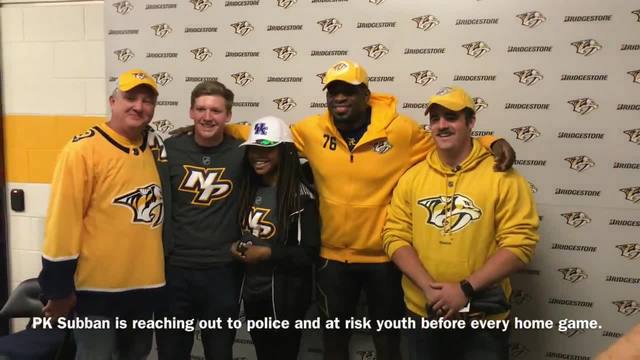 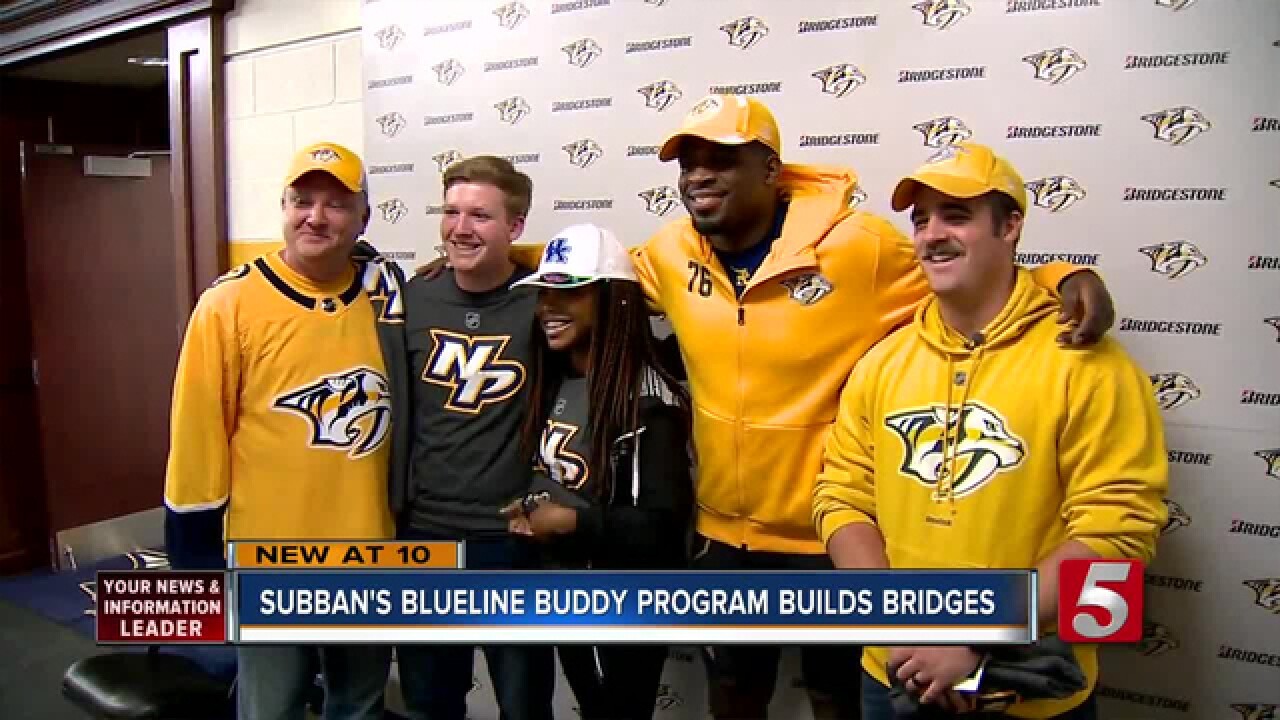 The Nashville Predators hit the ice for their third home game of the season. In the crowd to watch were a few very special guests of defenseman P.K Subban.

P.K. has been very generous when it comes to charity. He has previously made headlines for donating millions to Montreal's Children's Hospital.

Now he has teamed up with the Metro Nashville Police Department and Nashville Inner City Ministry to make a difference in Smashville, one child and one officer at a time.

Beginning this season, Subban's new Blueline Buddies program brings in a police officer and a member of Nashville's youth to enjoy a night in Smashville at every home game.

"Bringing people together, building bridges. That's the responsibility of people that are in the public eye," Subban said.

Matt Griffen and Shalia were picked for Tuesday’s game against the Colorado Avalanche.

An avid Preds fan, Griffin was also a detective with the Metro Police East Precinct. Shailia was a sophomore at Glencliff High School, and a volunteer with the Nashville Inner City Ministry.

They were from two, very different worlds. Thanks to PK Subban, they enjoyed game night together with their guests. They arrived at Bridgestone as strangers, but they'll leave as friends and connect a bridge vital to the city's growth.

"What a great program to also put us in touch with the community that we serve," said Matt.

"I didn't imagine that I could be a part of this program," Shalia added.

Before the puck dropped, Matt, Shailia and their guests got to meet Subban and dine inside the arena's finest restaurant.

"I just think this is a way to celebrate great people that put in a lot of time, a lot of effort to make us safe but also celebrate these children that come from broken homes," said Subban.

Shalia said she has witnessed violence in her neighborhood, even a shooting that occurred just outside her home. She said she knew what it will take to make a change, and with support from folks like Subban, she was confident it will happen.

Subban said that can start one hockey game at a time.

"This is going to make a pretty good stamp in what we're trying to do here," said Subban.

He also said he wanted to serve police officers because a close friend of his is on the force, and he knows better than most what officers go through.

If you're interested in learning more about the Nashville Inner City Ministry you can visit their web site, innercityministry.org/.