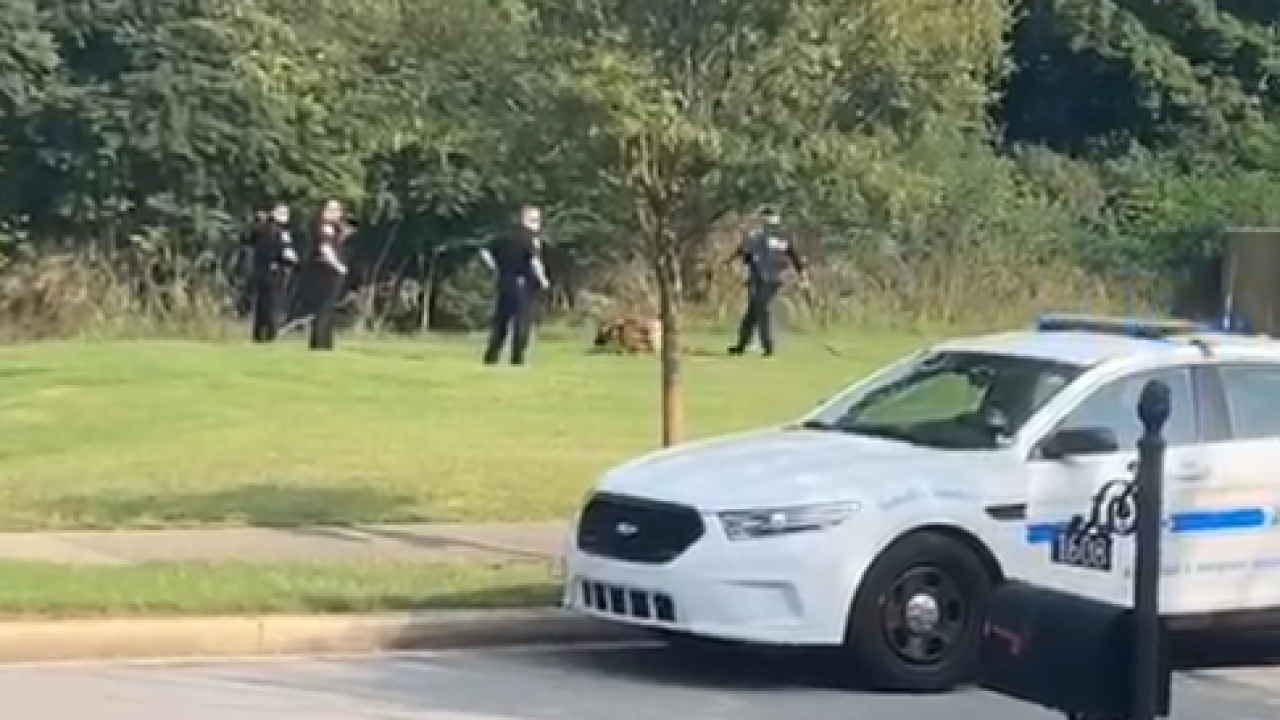 Metro Nashville Police officials say a 17 and 16-year-old led them on a chase from Old Hickory Boulevard to Interstate 40 in a stolen vehicle.

Officers spotted the stolen Subaru Outback on the 5700 block of Old Hickory Boulevard, and that's when the 17-year-old driver sped away, according to a MNPD press release.

Officers deployed spike strips as the Subaru got on I-40 West, causing the teen to stop the vehicle. Police say he and his 16-year-old passenger ran into a wooded area where they were taken into custody.

The owner of the stolen Subaru found his vehicle missing Tuesday at 5 a.m. It had been left unlocked with a key fob inside at a Maxwell Avenue home.