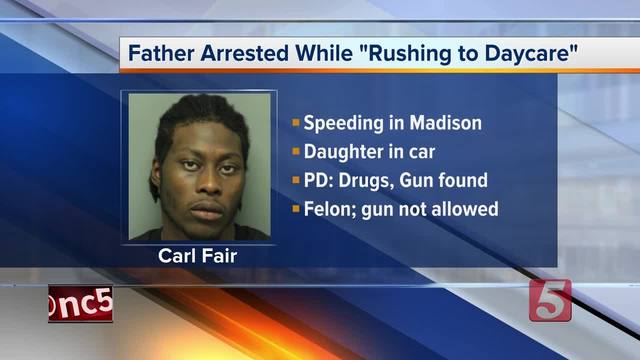 Drugs and a gun were found inside a man’s vehicle after he was stopped while taking his daughter to daycare in Nashville. 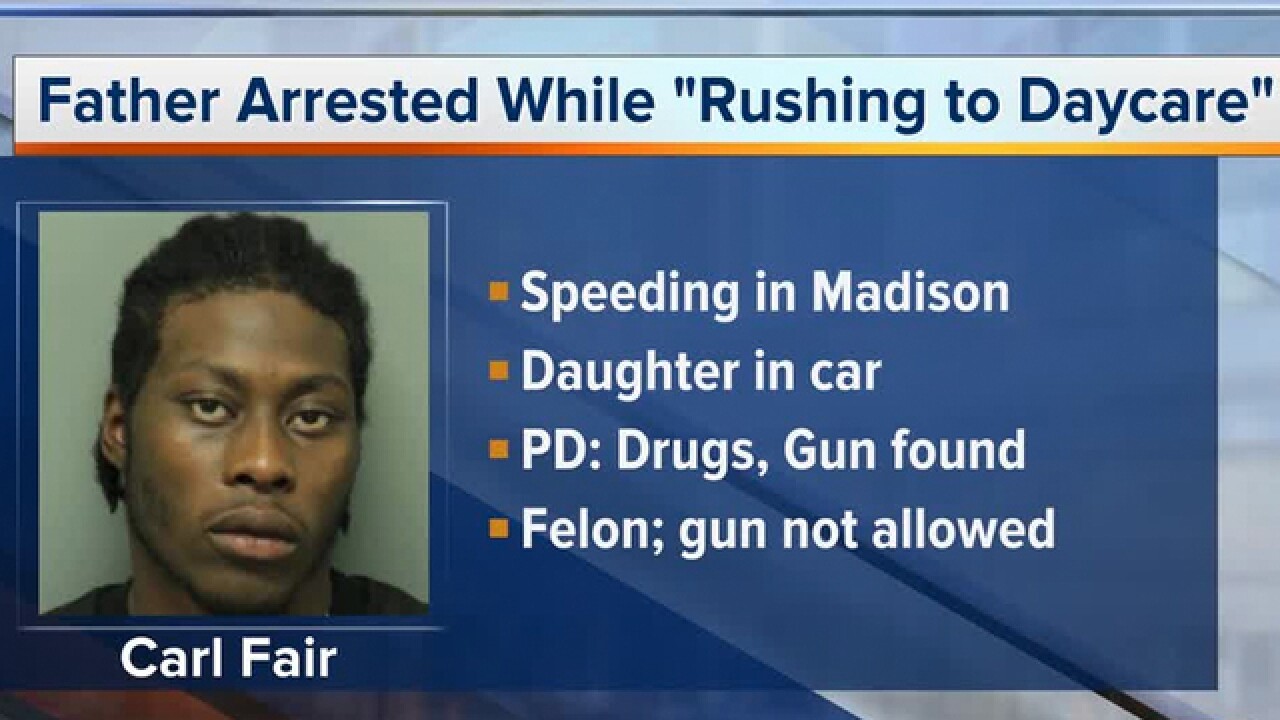 Drugs and a gun were found inside a man’s vehicle after he was stopped while taking his daughter to daycare in Nashville.

According to an affidavit from Metro Nashville police, 27-year-old Carl Fair was arrested Monday for the May incident.

Police said a traffic stop was prompted after Fair was spotted speeding on Gallatin Pike before turning onto two other streets without using his signal.

An officer stopped him and saw his young daughter in the backseat. Fair claimed he was speeding because he was “late getting her to daycare.”

Police said the officer then noticed marijuana in the center console.

After getting consent to search the vehicle, police found shell casings and a semi-automatic handgun under the seat. Police said he is a felon and not allowed to have a gun.

The child was not harmed.

He's now facing six charges, including possession of a weapon as a felon and criminal impersonation.