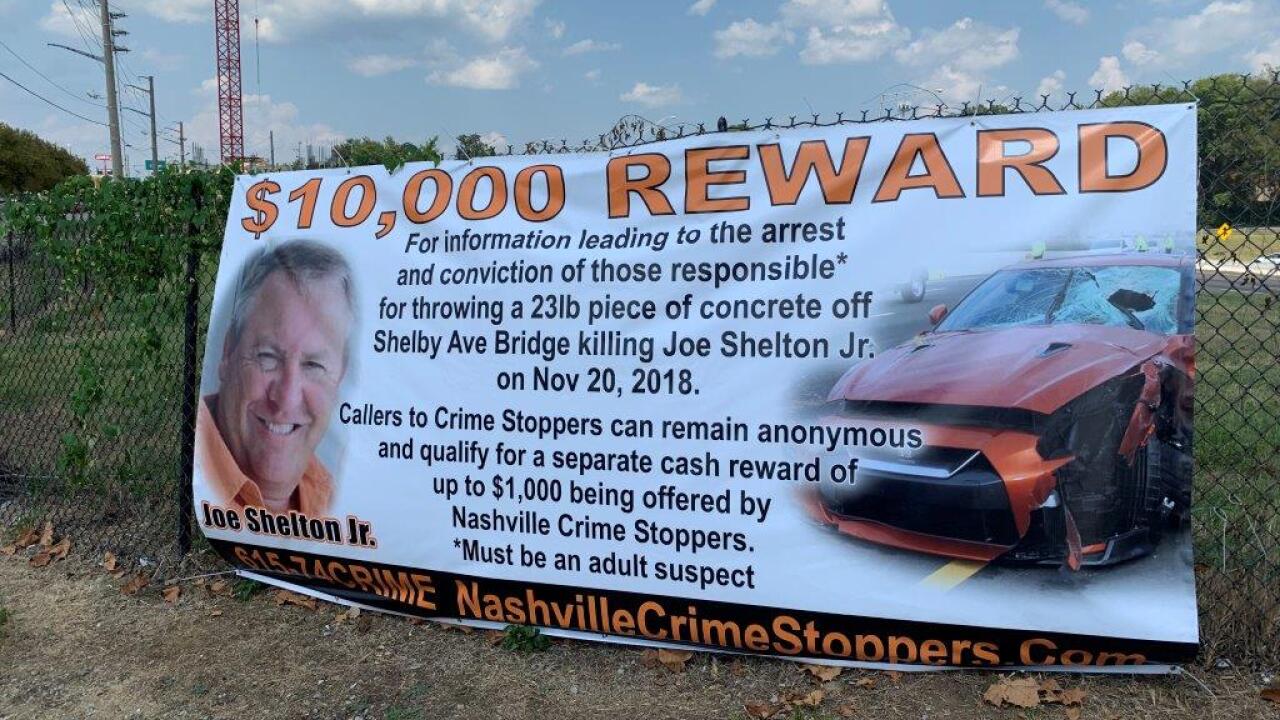 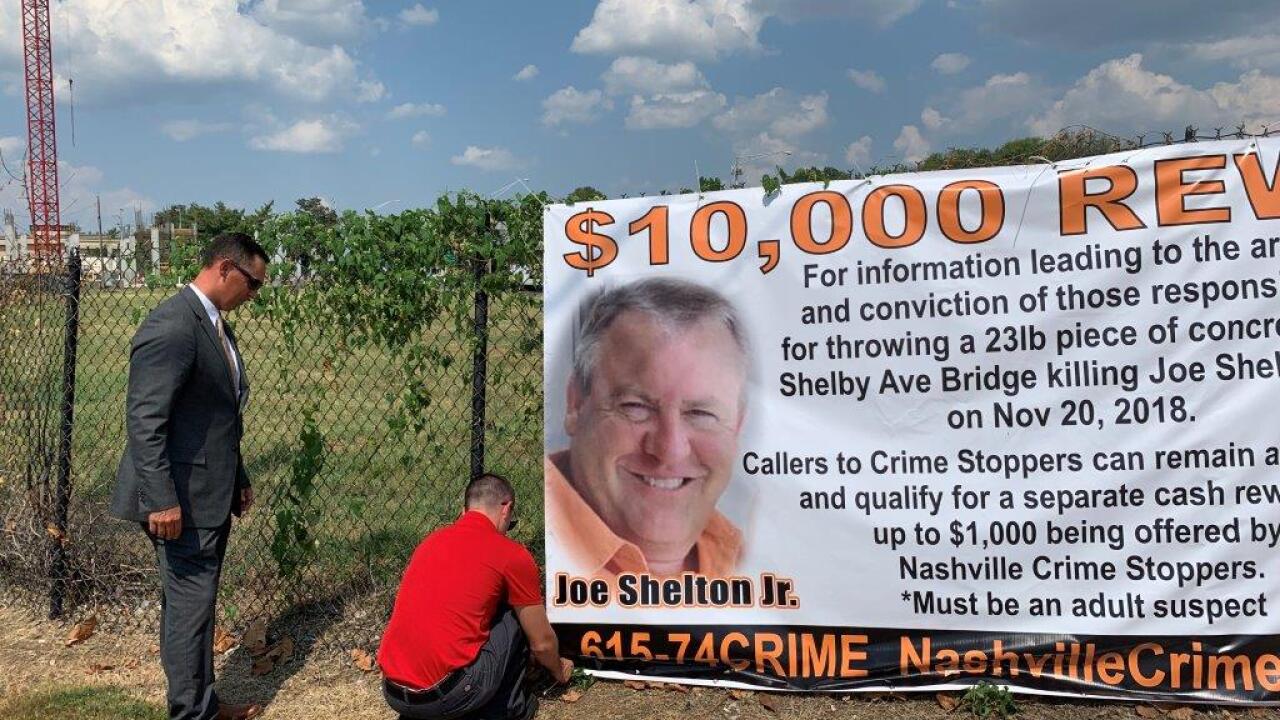 NASHVILLE, Tenn. (WTVF) — Metro Nashville Police detectives placed a large banner on fencing near the Shelby Avenue Bridge Interstate 24 East, hoping it will lead to information in the unsolved case of the rock throwing incident that killed a driver last year.

Joe Shelton was killed when a 23-pound piece of cement fell through his windshield as he passed under the overpass on November 20, 2018.

Police have not determined how it happened but say it was likely thrown from the bridge, falling onto his vehicle. However, there have been no arrests in the case.

The banner features a picture of Shelton, his vehicle and information in the case. His son, Zach Shelton joined detectives as they hung the banner Friday.

Detectives also asked for the public’s help in identifying a man who may have knowledge of what happened. The individual entered the Exxon Tiger Mart near the Shelby Avenue Bridge just after the concrete is believed to have impacted Shelton’s windshield. The man is white, middle-aged, wore a black hoodie, and is believed to have been homeless.

On the morning of November 20, he was in the market for several minutes and got a cup of coffee. Detectives want to talk to him to see if he saw or heard anything that would help detectives find answers.