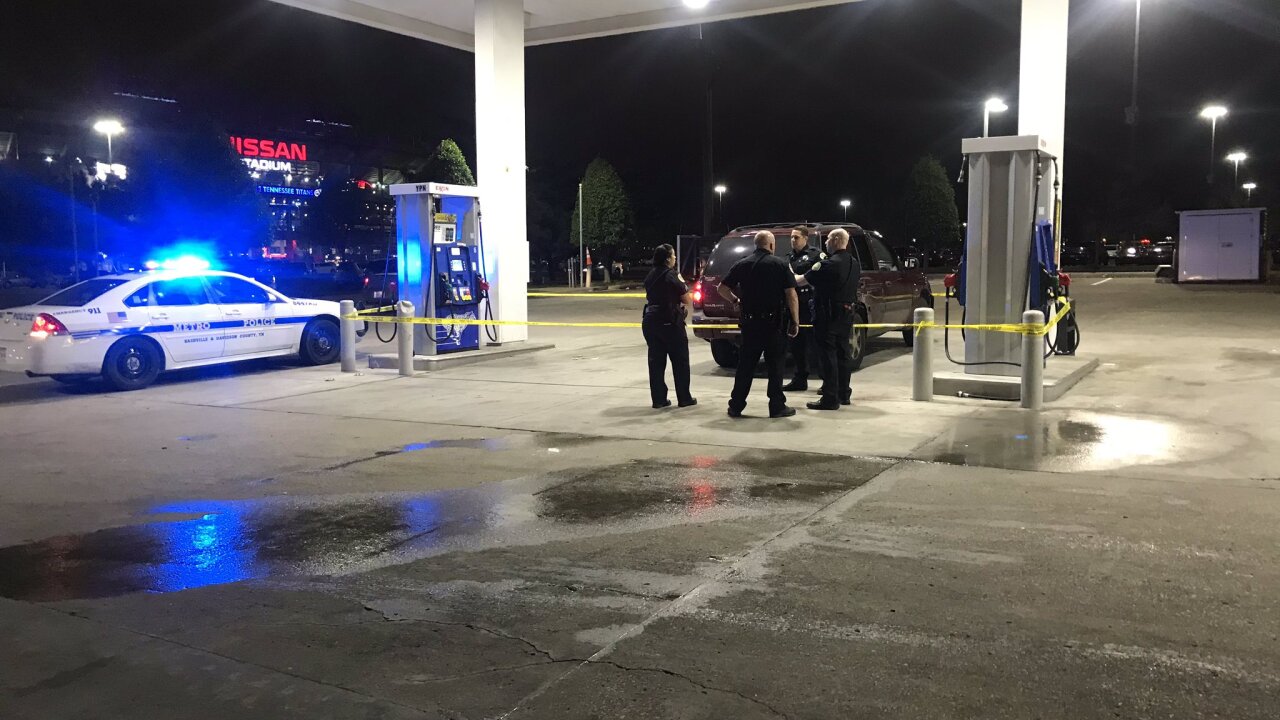 NASHVILLE, Tenn. (WTVF) — Police are searching for a man investigating a shooting in Nashville.

Metro Nashville Police officials say the shooting happened on Lenore Street. The 27-year-old victim from Morrison, Tennessee was with his 43-year-old friend to sell home audio systems from the back of his SUV.

Police say the men stopped at the Shell market on Shelby Avenue to see if they could make a sale. They offered a system to two individuals in a black Dodge Challenger who offered to trade narcotics for an audio system.

All of them went to apartments on Lenore Street. The sellers showed their products to an older man. But police say the men thought he was going to try to steal one of the audio boxes; so they closed the SUV hatch.

As they walked to the front of the SUV the gun was fired out and the victim was hit once in the abdomen. The two sellers drove to the Exxon market on Shelby Avenue for help.

Officials say the victim is expected to survive.

Police have reviewed surveillance video from the East Nashville area that show the Challenger and its driver were recorded. The driver was described as a black man tied into a man-bun. He wore a blue shirt and black pants. Anyone able to recognize the car or its driver from the surveillance photos was asked to contact Crime Stoppers at 615-742-7463.