Police: Man tries to break into bank with Bird scooter 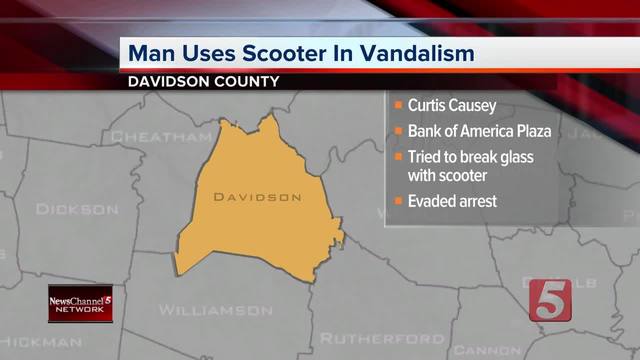 A man was arrested after police say he used a scooter to try and break into a bank in Nashville. 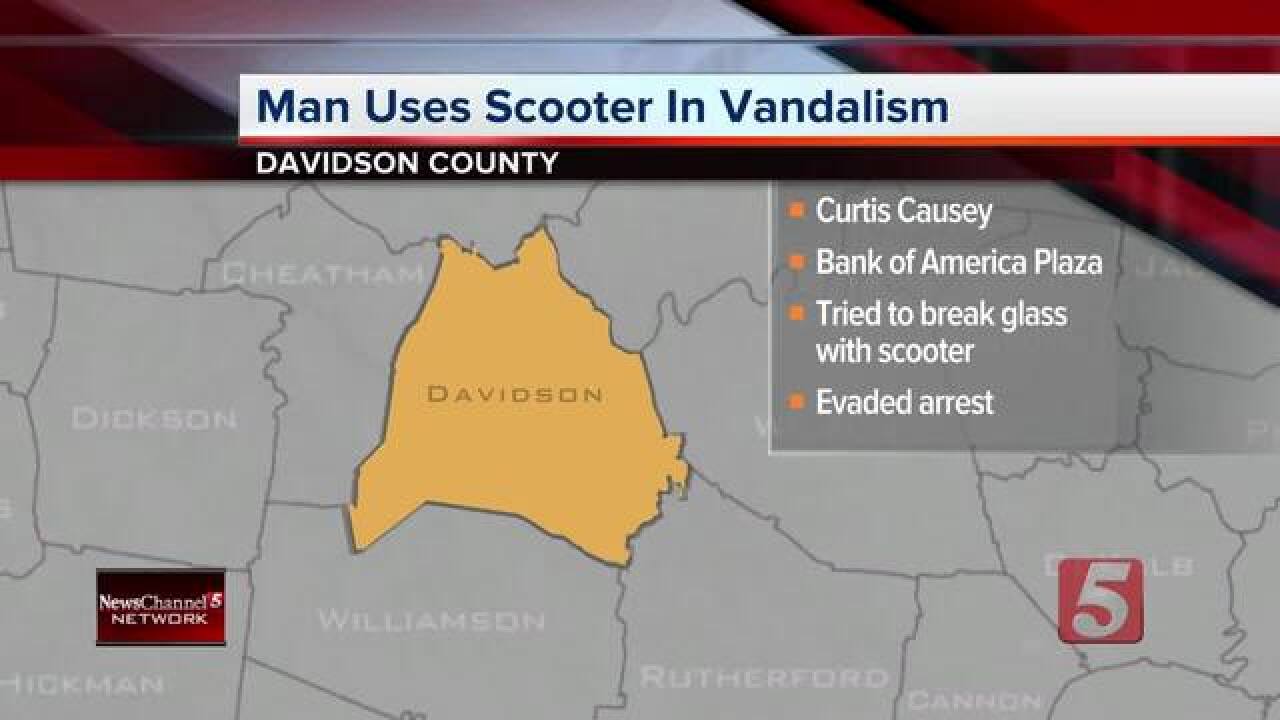 A man was arrested after police say he used a scooter to try and break into a bank in Nashville.

According to an affidavit from Metro Nashville Police, officers were called to the Bank of America Plaza on Union Street for a burglary call.

Witnesses reported seeing the suspect, identified as Curtis Causey, swinging a Bird scooter at the door.

Officers arrived in time to see him trying to run from the scene and managed to take him into custody. A witness later identified him as the suspect.

As he was being booked, police said he claimed he would “run from the police every time. I’m not going to make it easy for you to arrest me.”

He was charged with criminal impersonation, vandalism and evading arrest.

The incident caused $2,000 worth of damage to the door and some patio furniture. The scooter was destroyed.