At least one person was killed and seven others injured in an a shooting at an Antioch church. Metro Nashville Police rushed to the Burnette Chapel Church of Christ on Pin Hook Road around 11:15 Sunday morning on reports of several people shot. Reports stated the shooting happened as services were letting out.

At least one person was killed and seven others injured in an a shooting at an Antioch church.

Officials with the Metro Nashville Police Department identified the woman killed as 39-year-old Melanie Crow Smith from Smyrna. Smith was walking to her vehicle after the church service ended. She died at the scene.

Police rushed to the Burnette Chapel Church of Christ on Pin Hook Road around 11:15 Sunday morning on reports of several people shot. Reports stated the shooting happened as services were letting out.

Authorities said the gunman, later identified as 25-year-old Emanuel Kidega Samson, arrived in the parking lot in a blue SUV. He was reportedly wearing a neoprene half face mask. Reports stated Samson, who moved here from Sudan in 1996, has been living in Murfreesboro. He was a legal US resident but not necessarily a US citizen, according to police.

Samson first came across Smith in the parking lot. 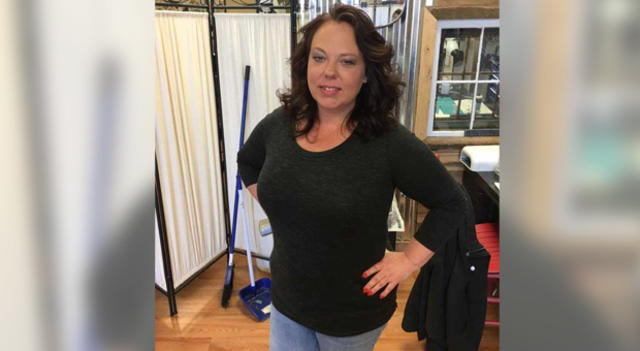 After shooting her, police said Samson then entered the church through the main sanctuary door with two guns and fired multiple rounds. Six innocent people were shot.

As the gunfire was occurring, church usher 22-year-old Caleb Engle confronted Samson and engaged him in a struggle, which resulted in Engle being pistol whipped.

During the struggle, Samson’s gun discharged, hitting himself in the left chest.  The wound sent him to the floor.  Engle, despite his head injuries, ran out to his car in the parking lot and retrieved a pistol he then held Samson at gunpoint until police arrived.

Metro Police said he will be charged with one count of murder. Multiple additional charges were pending.

Four guns thought to be Samson’s were recovered by police - two pistols from the church, and one pistol and one rifle from his SUV.

The motive for the shooting was still being investigated.

Five of the victims were also taken to Vandy - three women and two men. Two other victims were taken to Tristar Skyline Medical Center including Engle.

Minister Joey Spann and his wife were among those injured in the shooting. 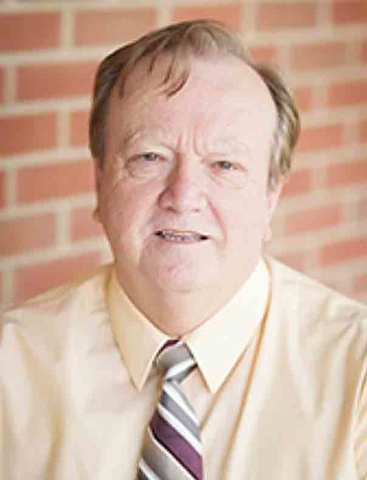 Police released the following information on those who were injured:

As of Monday morning, all five patients at Vanderbilt were listed in stable condition. Dickerson was released from TriStar Skyline on Monday morning.

Caleb Engle being treated by EMTs 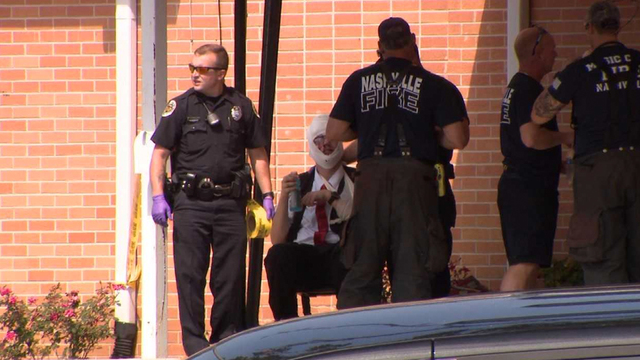 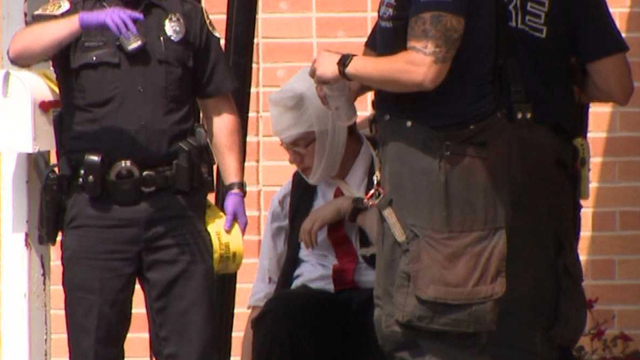 Engle was released from the hospital Sunday evening. The hospital released the following statement on his behalf:

“I’ve been going to this church my whole life, since I was a small child. I would have never, ever thought something like this would have happened. I ask everyone to pray for the victims, family members of the victims, our church community. Please pray for healing. Also, please pray for the shooter, the shooter’s family and friends. They are hurting as well.
I pray that through all of this that people will come to know Christ and I ask our nation to reflect on Romans 8:31: “If God is for us, who can be against us?”
When complimented about his heroism he stated:
“I do not want to be labeled a hero. The real heroes are the police, first responders and medical staff and doctors who have helped me and everyone affected.
My hope is for privacy for all involved.”

ATF agents surrounding the shooter’s vehicle in the church parking lot. ATF will help determine info about the weapon @NC5pic.twitter.com/ThK4zfu5Oa

"The Memphis FBI Field Office's Nashville Resident Agency, the Civil Rights Division, and the US Attorney's Office for the Middle District of Tennessee have opened a civil rights investigation into the shooting at the Burnette Chapel Church of Christ in Antioch, Tennessee. The FBI will collect all available facts and evidence. As this is an ongoing investigation we are not able to comment further at this time."

Authorities set up a reunification area for those concerned about their loved ones at Beautiful Gate church located at 12316 Old Hickory Boulevard.

The public has been invited to attend a prayer vigil at Ezell Harding High School in the commons area. Friends said that's where Minister Spann used to work as a teacher. The vigil was set to start at 6 p.m. Sunday.

This is a terrible tragedy for our city. My heart aches for the family and friends of the deceased as well as for the wounded victims and their loved ones. Their lives have been forever changed, as has the life of their faith community at Burnette Chapel Church of Christ. My administration, especially the Metro Nashville Police Department, will continue to work with community members to stop crime before it starts, encourage peaceful conflict resolution, and promote non-violence.

Governor Haslam aslo expressed his support for the Antioch community:

Crissy and I are praying for the victims of the violence at Burnette Chapel Church of Christ and are committed to supporting the Antioch community in the aftermath of this tragedy.

Minister Joey Spann was an employee of Nashville Christian School. School officials also stated their support and concern for Spann and his wife.

In the wake of the shooting at Burnette Chapel Church of Christ, many from the NCS community came together tonight for a time of prayer and worship. We are thankful for all who have shown their support and prayed for NCS coach and teacher Joey Spann and his wife Peggy. Both are recovering from surgery at Vanderbilt hospital and are in stable condition. Our hearts are broken for all of those who have been impacted by this terrible tragedy, and we will continue to keep everyone in our thoughts and prayers.

Church member who was inside during the active shooter situation said minister Joey Spann was shot, yelled "get out" during the chaos @NC5pic.twitter.com/mLcCnILVsf