1 Killed In Shooting Inside Opry Mills

Family members say Demarco Churchwell was a good man who took care of his family.

A 22-year-old man was killed in a shooting at Opry Mills, which caused chaos for shoppers inside.

First responders initially answered a call of an active shooter in the mall, which prompted a heavy police presence, but they learned the call was for a single shooting once at the scene.

The shooting happened inside the mall in a hallway near the Auntie Anne's pretzel shop across from Old Navy around 2:23 p.m. The victim, 22-year-old Demarco Churchwell, was taken to Skyline Medical Center in critical condition where he later died. 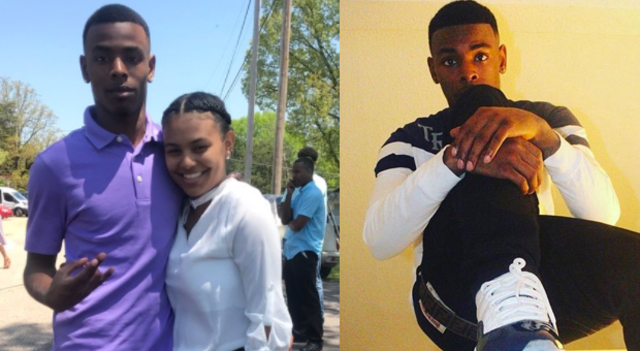 According to police officials, the two men got into an argument that led to the gunfire. Police believed two shots were fired.

The suspected shooter, 22-year-old Justin Golson, then ran from the mall to a ticketing booth outside. He placed his gun on the booth's counter and told the people inside to call 911.

Coincidentally, the person inside the booth was a retired California police officer. He took the gun and told Golson to lie down on the ground until police arrived.

Police then reassured the public that there was no additional imminent threat. Both he and the victim are 22 years old and from Nashville. Officials said it appeared to have been an ongoing dispute between Churchwell and Golson that prompted the shooting.

Golson was charged with criminal homicide for the shooting.

"He was a really good guy, smart, he was good looking, all the females loved him, no lie," a family member said of Churchwell. "But I mean it's just sad because I mean, he ain't harm nobody he was a good guy. I mean it's just sad to see somebody go that way  I want everybody to keep our family in our prayers."

Customers inside the mall were told to stay put and away from the entrances. Officers swept all areas of the mall as a precaution. Police evacuated Bass Pro, Johnny Rockets, the food court and other areas.

The Gaylord Opryland Hotel, was placed on lockdown when the shooting occurred, but it has since been lifted. Yet, the entire mall was closed for the rest of the day.

Several people in the mall turned to Twitter to tell their stories.

Three students were still at the Academy at Opry Mills when the shooting happened but were able to get out and were taken to McGavock High School.

Officials with Opry Mills released the following statement in response to the shooting:

Opry Mills Management would like to take a moment to thank the swift and courageous response of the Nashville Police Department with respect to a situation that took place earlier today on our property. We are cooperating fully with investigators and offering any assistance we can. We would direct any additional questions regarding today’s incident to law enforcement.

We are staging with @MNPDNashville as they clear the mall. No other injuries reported. pic.twitter.com/KFT7uXF9Gh