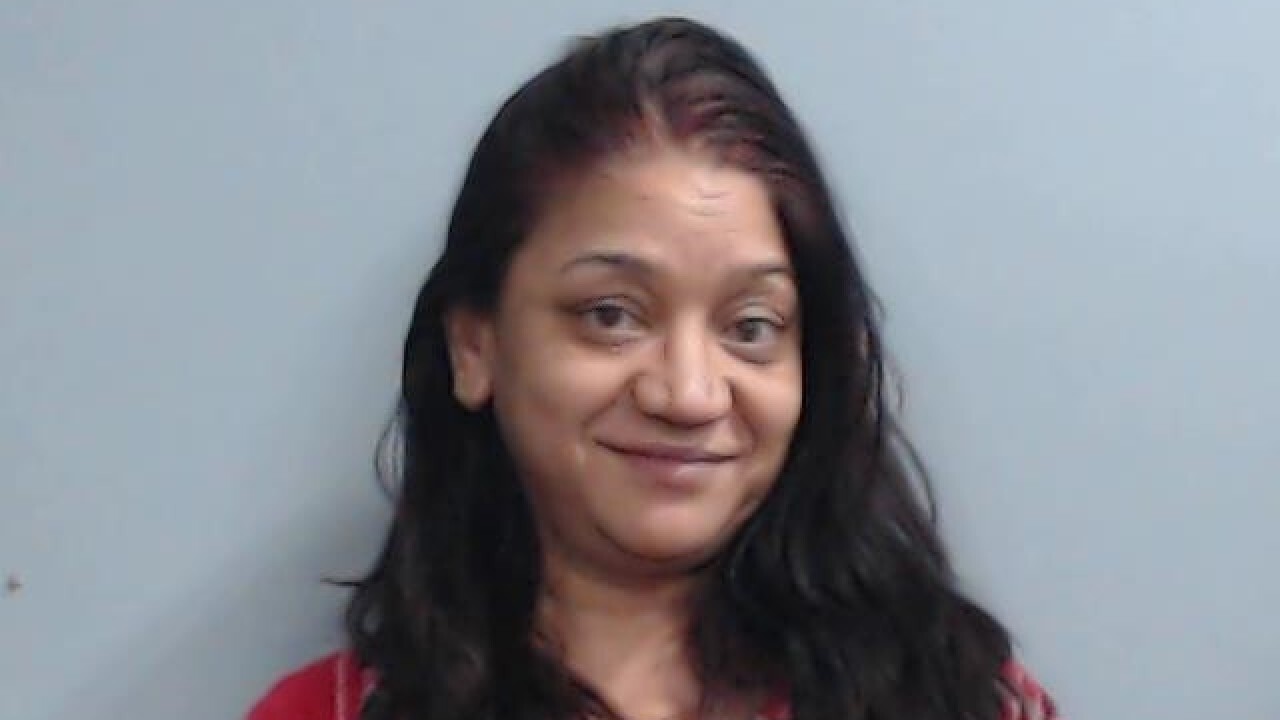 LEXINGTON, Ky. (AP) — A Kentucky woman charged with drunken driving told police she did it "to teach her son a lesson."

News outlets report 48-year-old Sunita Jairam was arrested early Sunday on charges including endangering the welfare of a minor.

Her arrest citation says she told police she "drank a bunch of beer" and drove at 150 mph (241 kph). It's unclear what lesson she was trying to impart.

The son told police he tried to get out of the BMW subcompact several times, but the door was locked. News outlets didn't list his age.

It's unclear whether she has a lawyer.