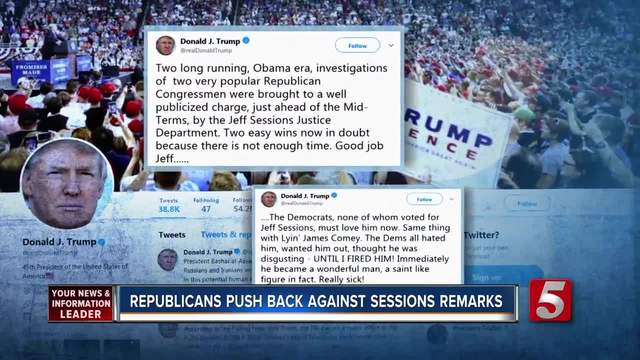 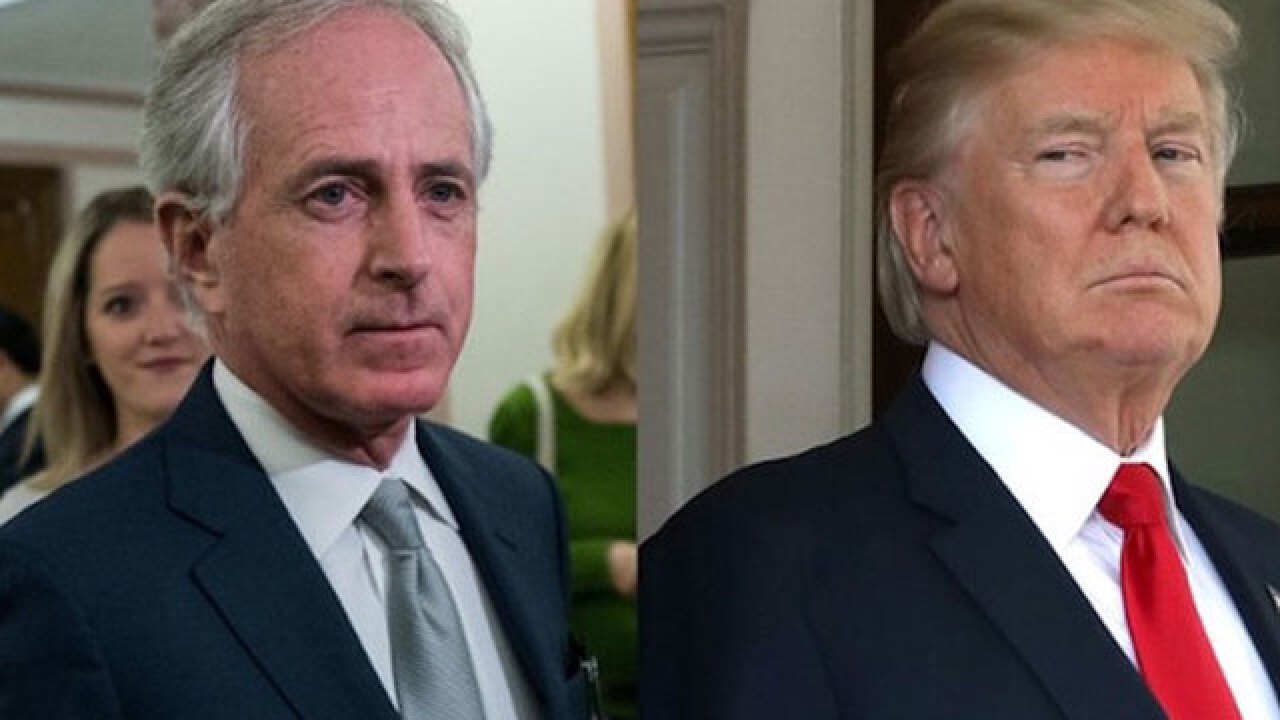 When asked about the President's recent comments, Sen. Bob Corker compared them to that of a teenager.

“Whining's pretty unbecoming of a 13-year-old but very unbecoming of a 71 or 72-year-old president. And look if he's got a problem with Sessions, just fire him. I know he's afraid to do that before the midterms. But you know whining between now and then probably not particularly productive,” Corker said.

The Tennessee Republican also pushed back at the President's Monday Tweet, indicating Sessions should have prevented two Republican congressmen from being indicted on federal charges to save their seats in the midterms.

Two long running, Obama era, investigations of two very popular Republican Congressmen were brought to a well publicized charge, just ahead of the Mid-Terms, by the Jeff Sessions Justice Department. Two easy wins now in doubt because there is not enough time. Good job Jeff......

....The Democrats, none of whom voted for Jeff Sessions, must love him now. Same thing with Lyin’ James Comey. The Dems all hated him, wanted him out, thought he was disgusting - UNTIL I FIRED HIM! Immediately he became a wonderful man, a saint like figure in fact. Really sick!