Polling location hours extended due to impact of tornado damage 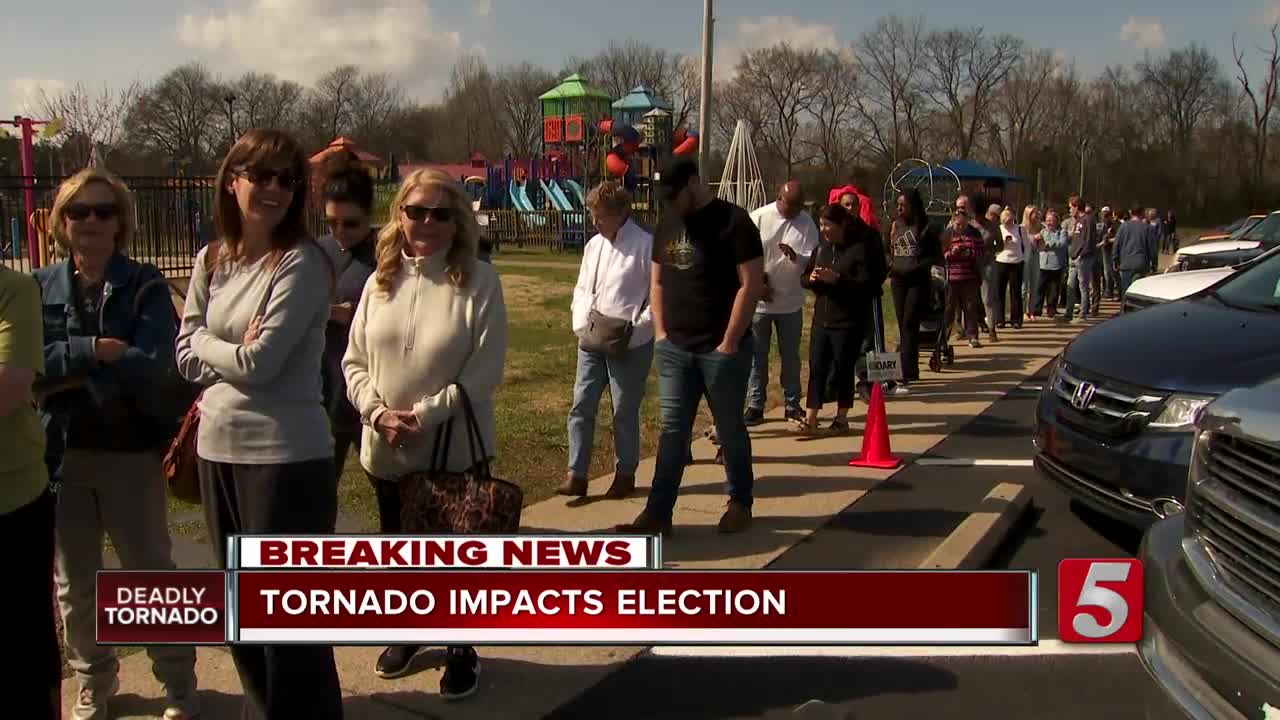 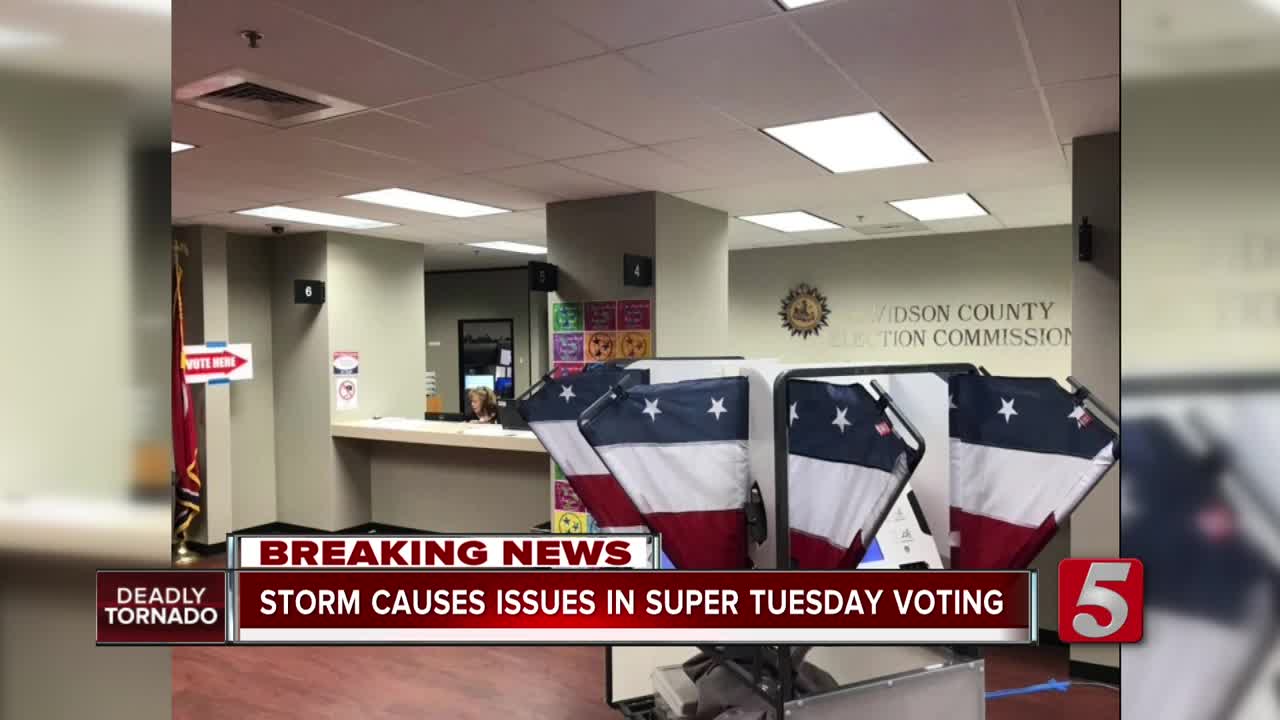 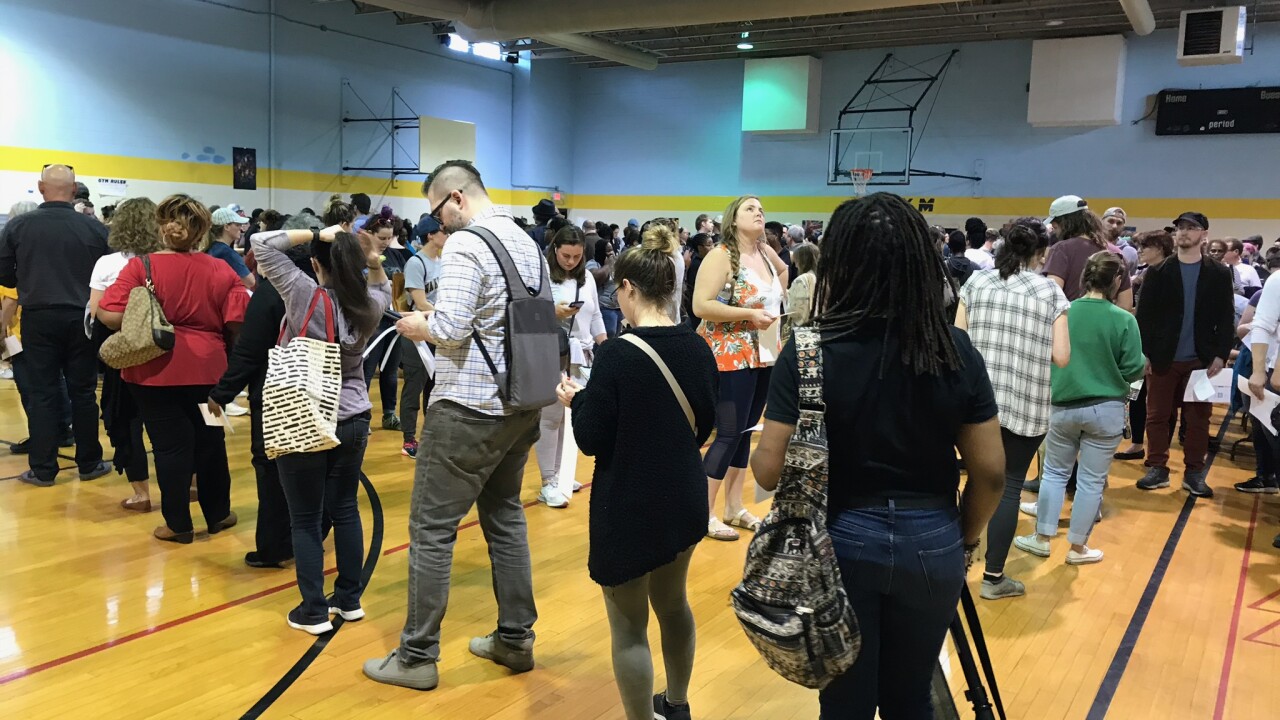 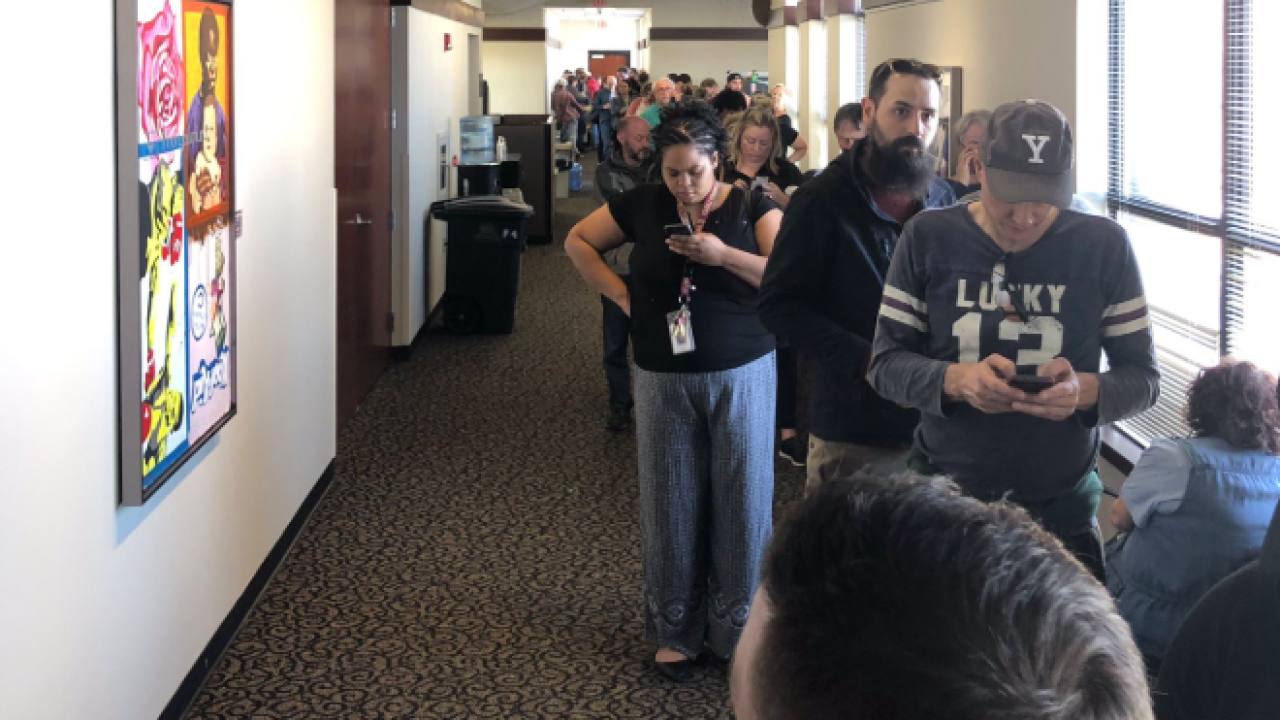 NASHVILLE, Tenn. (WTVF) — After severe storms and a tornado ripped through Middle Tennessee, some polling locations were impacted by the damage on Super Tuesday. Some locations were destroyed or damaged, meaning several polling places had to be condensed into others that were untouched.

Long lines formed as a result of that, which The Tennessee Democratic Party to file a lawsuit in hopes of giving voters more time to cast their ballots.

The TNDP filed the suit against the Davidson County Election Commission and Secretary of State Tre Hargett. Chancellor Ellen Lyle ruled in favor of a petition by the Tennessee Democratic Party. All Davidson County polling locations will until 8 p.m. Five supersites open until 10 p.m.

The Super Sites are as follows:

“Only the judge has the authority to make this decision. We do not have the ability to extend voting hours in Tennessee, and it’s important to note this order only applies to Davidson County. We will be supporting the Davidson County Election Commission to abide by the order. As a result of this ruling, Davidson County will not be able to report early voting results until after 10 p.m. CST tonight. The other 94 counties will be able to report early voting results as their polls close. Voters should visit the Davidson County Election Commission [nashville.gov] website to find extended polling locations and extended hours.”

"Following the destruction of the Middle Tennessee Tornado in the early morning hours of Super Tuesday, hundreds of voters’ ability to cast their vote across Davidson County was obstructed. More than 15 polling locations suffered electrical and structural damages and many polls were delayed from opening until 8:00 AM. Hundreds of voters that arrived at 7:00 AM were not able to cast their vote, and furthermore, many arriving throughout the day found their polling place closed.

The Tennessee Democratic Party has filed a lawsuit seeking legal injunction against Davidson County Election Commission and Tennessee Secretary of State, Tre Hargett, to extend the time polling locations are open by 3 hours. Extending the poll close time from 7:00PM to 10:00PM would provide sufficient time for voters across the county to exercise their right and cast their vote. Failing to extend polling hours would cause irreparable harm to our democratic process."

This story will be updated as more information is released.