A grand opening, including an adorably attempted ribbon cutting, was held for a new dog park in Nashville. The pop-up park, by BARK, was opened in the 800 block of Meridian Street on Saturday. 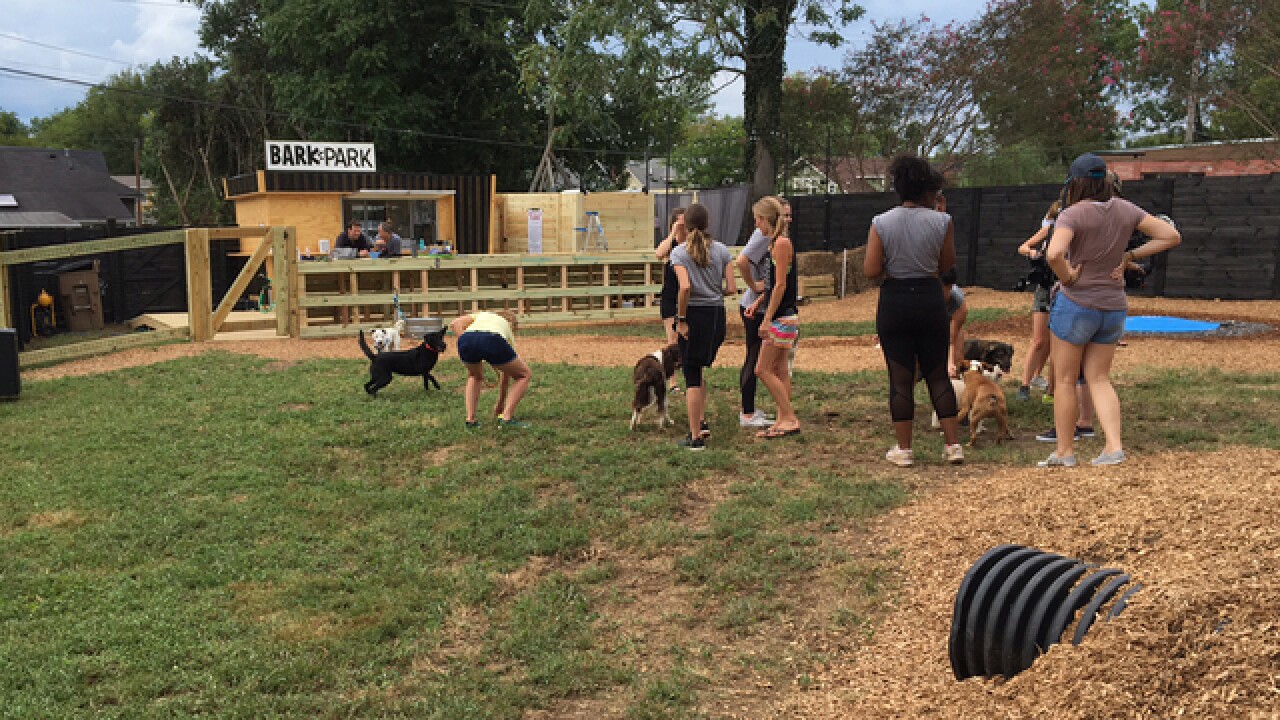 A grand opening, including an adorably attempted ribbon cutting, was held for a new dog park in Nashville.

The pop-up park, by BARK, was opened in the 800 block of Meridian Street on Saturday.

BARK is the dog company behind the monthly box of toys and treats known as BarkBox. This BarkPark in East Nashville is the first of its kind the company has launched.

The park is a members-only outdoor clubhouse where dogs are the members. Memberships became available for sale in mid-August. The park will be open daily until dusk through November.

The event Saturday was complete with a ribbon-cutting where the dogs attempted to run through a banner. It didn’t quite work out that way, but adorable antics definitely ensued as the pups attempted to make the opening official in the cutest way possible.

BARK hopes to make the BarkPark a permanent fixture in Nashville. The company is also looking at creating BarkParks in other pet-friendly cities across the country.

"I was out with friends, we're drinking wine, it's a really cool restaurant…it was like a poster for people having a good time in the city," said Henrik Werdelin, co-founder of BARK. "But my dog Molly was left out. And I realized: she deserves a space like this. We should be here together."

The canine members will be offered landscaped green space, as well as access to toys, treats, and other BARK originals.

Free WiFi will be available for the humans at the park, as well as on-site restrooms, coffee, snacks, and more.

Special events have also been planned at the BarkPark, including comedy shows and events with local breweries.

Werdelin said Nashville was the perfect place to test the concept because it is such a dog-friendly community.

BarkPark memberships give a dog and two humans unlimited access to the park from 7 a.m. to 7 p.m. A day pass costs $19, a four-week pass is $48, and a season pass is $78. Multi-dog households receive 50 percent off an additional pass.