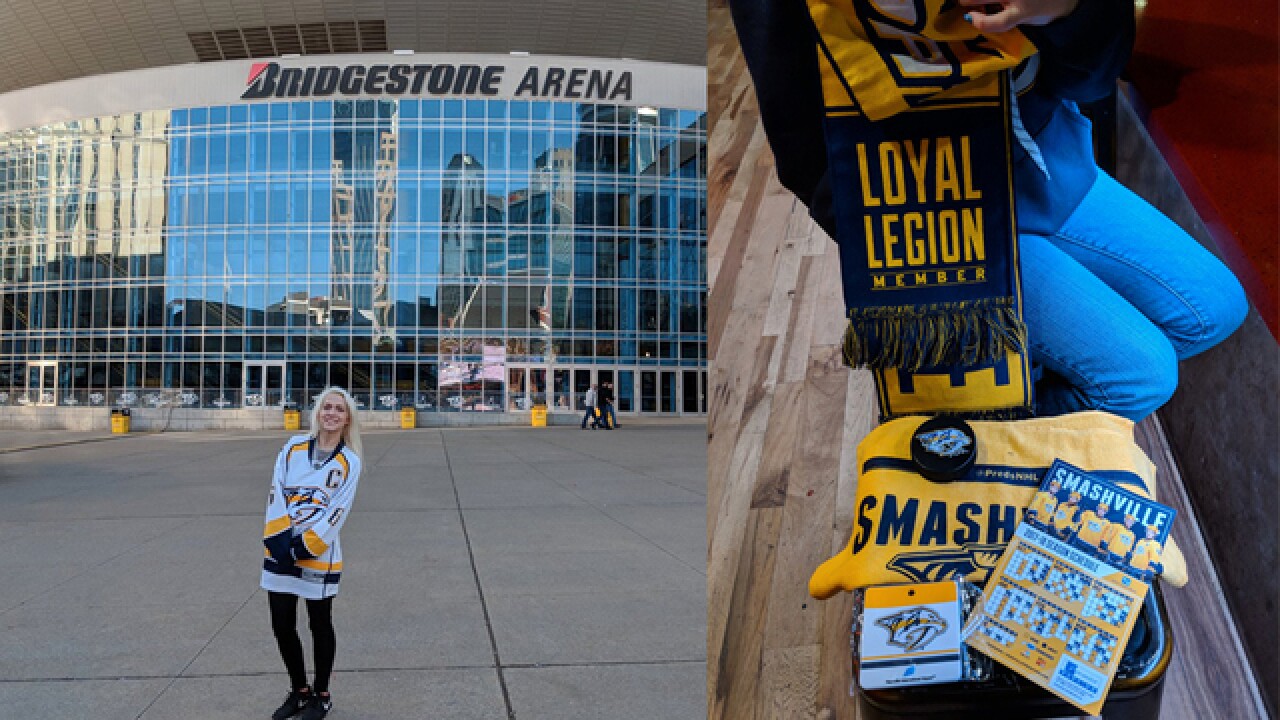 A Nashville Predators made a pricey mistake, but the team made it up to her by sending her Preds swag.

Philadelphia resident Sydney Sanders said she bought a flight to Nashville to watch the Predators play Thursday night. Problem was: it's an away game.

She posted this to Twitter about her mistake and to her surprise the team responded.

WHEN YOU'RE A COMPLETE MORON AND YOU BUY A FLIGHT TO NASHVILLE TO GO TO THE @PredsNHL GAME BUT IT'S AN AWAY GAME SO YOU HANG OUT AT BRIDGESTONE ANYWAY pic.twitter.com/dzgjoZassd

Team officials found her and hooked her up with some Preds swag.

LOOK AT WHAT I GOT Y'ALL 😭💛 pic.twitter.com/arzUF3GKd4

Even though she didn't know they were playing in New Jersey, she's a big fan. She said her dog is even named after longtime Nashville Predator Shea Weber.