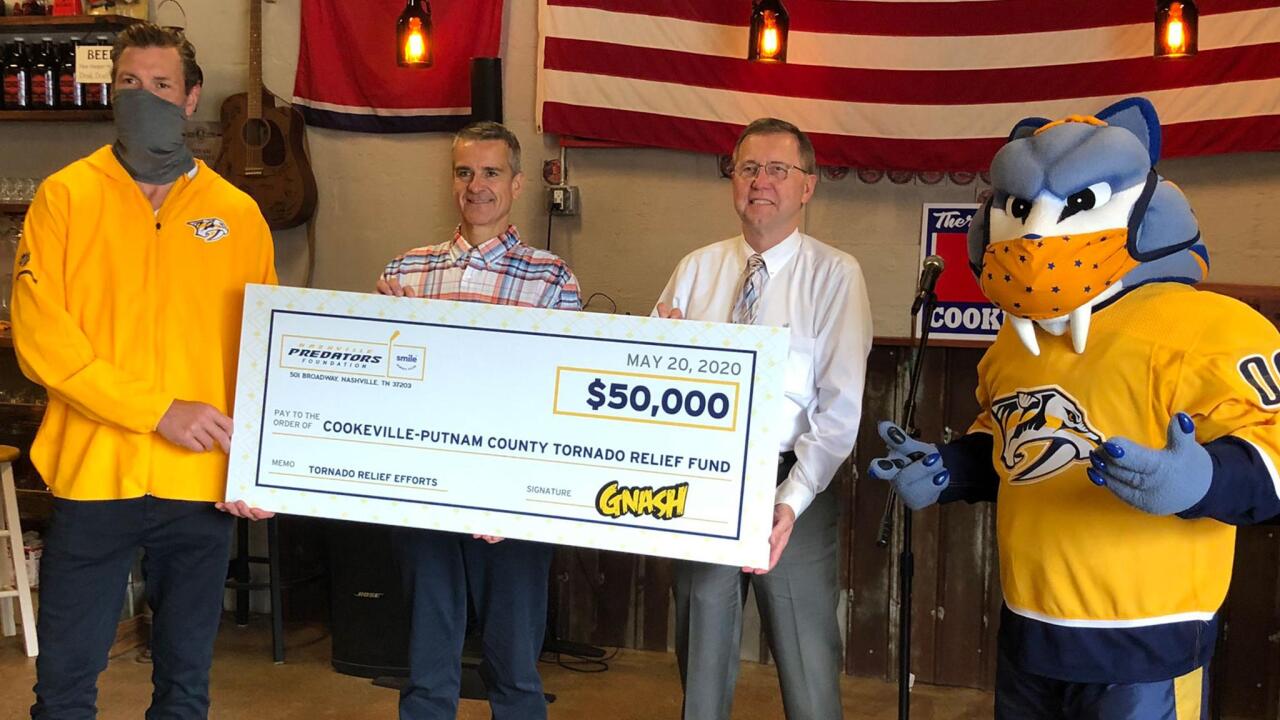 COOKEVILLE, Tenn. (WTVF) — The Predators Foundation presented a check for $50,000 to the City of Cookeville for the ongoing tornado recovery efforts following the deadly tornado in March.

In the early hours of March 3, an EF-4 tornado ripped through the area destroying homes and killing 19 people. It was one of many tornadoes that broke out in Middle Tennessee between late March 2 and early March 3, all which were spawned from the same supercell thunderstorm.

"We're so appreciative to the Preds for this generous donation," Mayor of Putnam County Randy Porter said. "We had the worst disaster in our county's history on March 3, and the outpouring from our community has been absolutely unbelievable."

The check was presented to Porter and Cookeville Mayor Ricky Shelton on Wednesday at Red Silo Brewing Company in Cookeville.

"We're very thankful," Shelton said. "We've already distributed about $2 million from the Tornado Relief Fund, and this will go a long way for a second distribution now. We'll be able to get out to our homes [and help some more residents], and we're just really appreciative of the Predators and their assistance."

The Predators Foundation also presented the brewery with a guitar trophy after it won the fan vote at the 2019 Nashville Predators Craft Beer Fest.