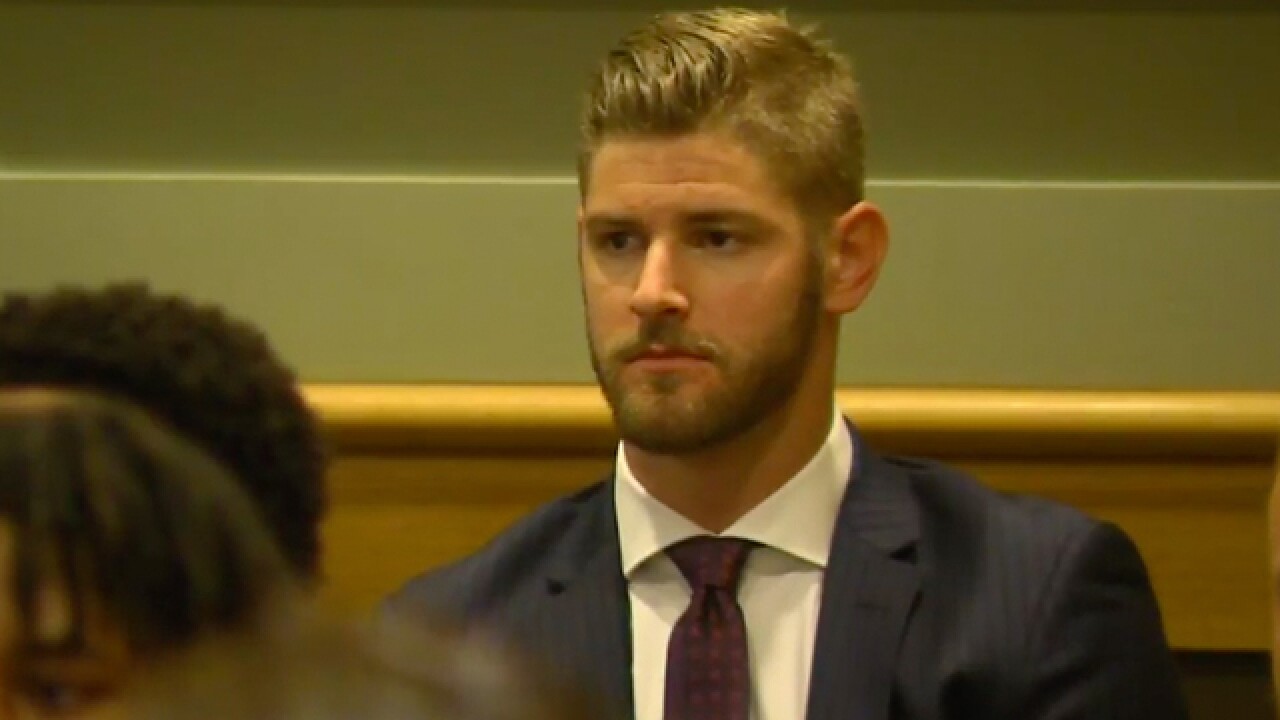 Nashville Predators forward Austin Watson appeared in court Tuesday morning, where he pleaded no contest to a domestic assault charge.

With his attorney present, Watson entered his plea and was placed on probation. If he violates the terms of his probation, he faces up to one year in jail.

The prosecutor said the victim requested the case to be dismissed but the state felt, based on witnesses, that they could still prosecute.

Police intervened after a witness flagged down an officer to report a possible domestic situation.

Watson reportedly told the officer that he and his girlfriend had an argument about her drinking and not being able to attend a wedding.

In response, the Predators released the following statements:

"We are aware of the incident involving Austin Watson on Saturday night.  We are still gathering facts and it is not appropriate for us to comment further at this time, but this is a matter that we are taking very seriously and will cooperate fully with the investigation by law enforcement. The Nashville Predators have and will continue to stand side by side with AMEND in the fight to end violence against women."

"We will consult and cooperate with the NHL as an investigation is conducted into this matter, and will have no further comment until the NHL’s investigation has reached its conclusion. Our priority right now is surrounding Austin, Jen and their family with the care and resources they need to heal and move forward."

Watson was featured in a video by the YWCA for their "Unsilence the Violence" campaign to end violence against women. The YWCA released the following statement:

"The YWCA has a strong relationship with the Nashville Predators who have been great supporters in our efforts to reduce violence against women and children. We trust that they are handling the allegations against Mr. Watson in a manner that is respectful both to him and his family, as well as the potential victim."