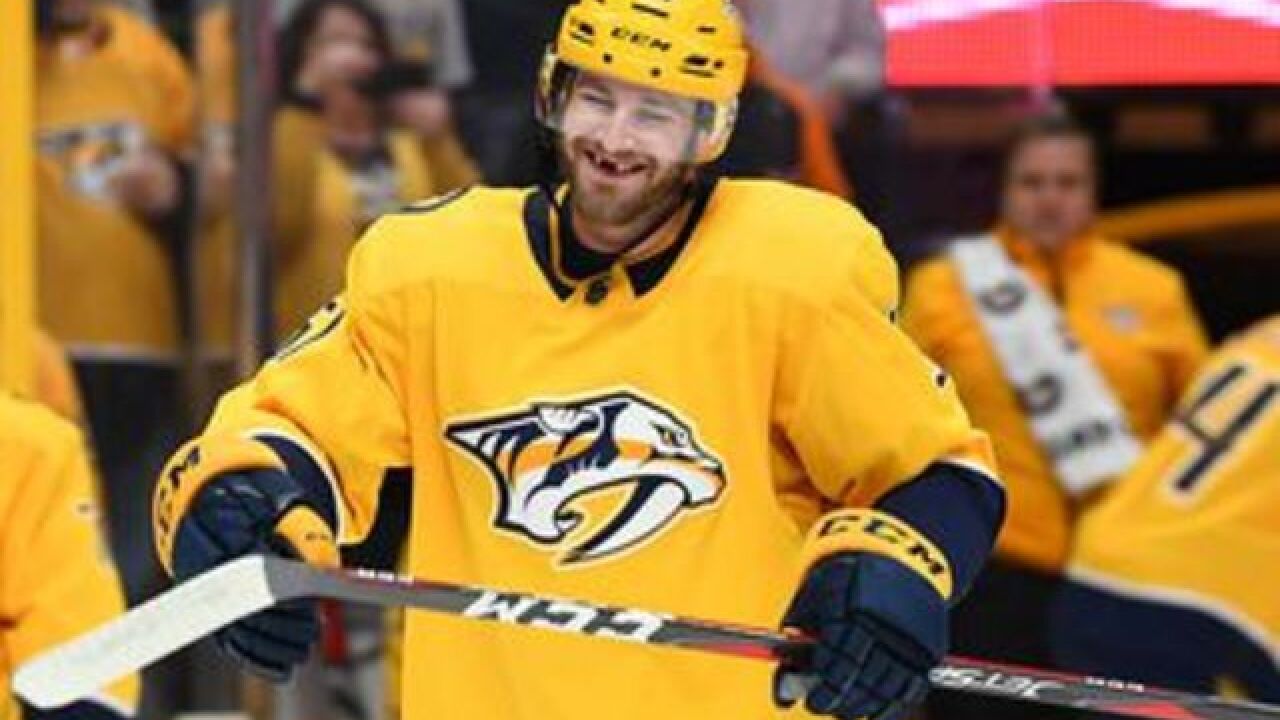 Copyright 2018 Scripps Media, Inc. All rights reserved. This material may not be published, broadcast, rewritten, or redistributed.
&lt;p&gt;Austin Watson had a busy week, starring for the Predators on the ice and celebrating the birth of his first child off it.&lt;/p&gt;

Nashville Predators' Austin Watson' suspension has been reduced to 18 games instead of 27.

A statement was issued by the team Thursday:

"Our organization was not involved in the appeal of Austin Watson's 27-game suspension, but we are aware of its reduction to 18 games. As previously stated, our focus has and will continue to be the health and well-being of Austin and his family."

Watson pled no contest in July to misdemeanor domestic assault and was suspended by the National Hockey League for unacceptable off-ice conduct.