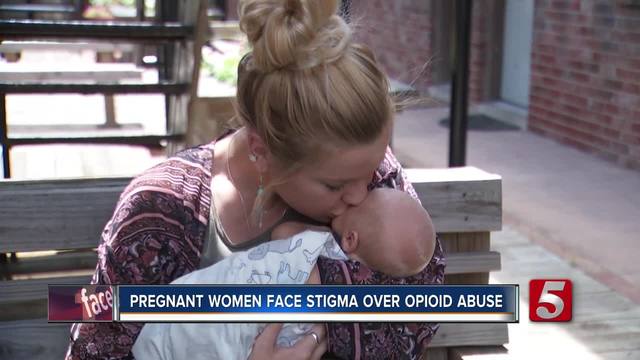 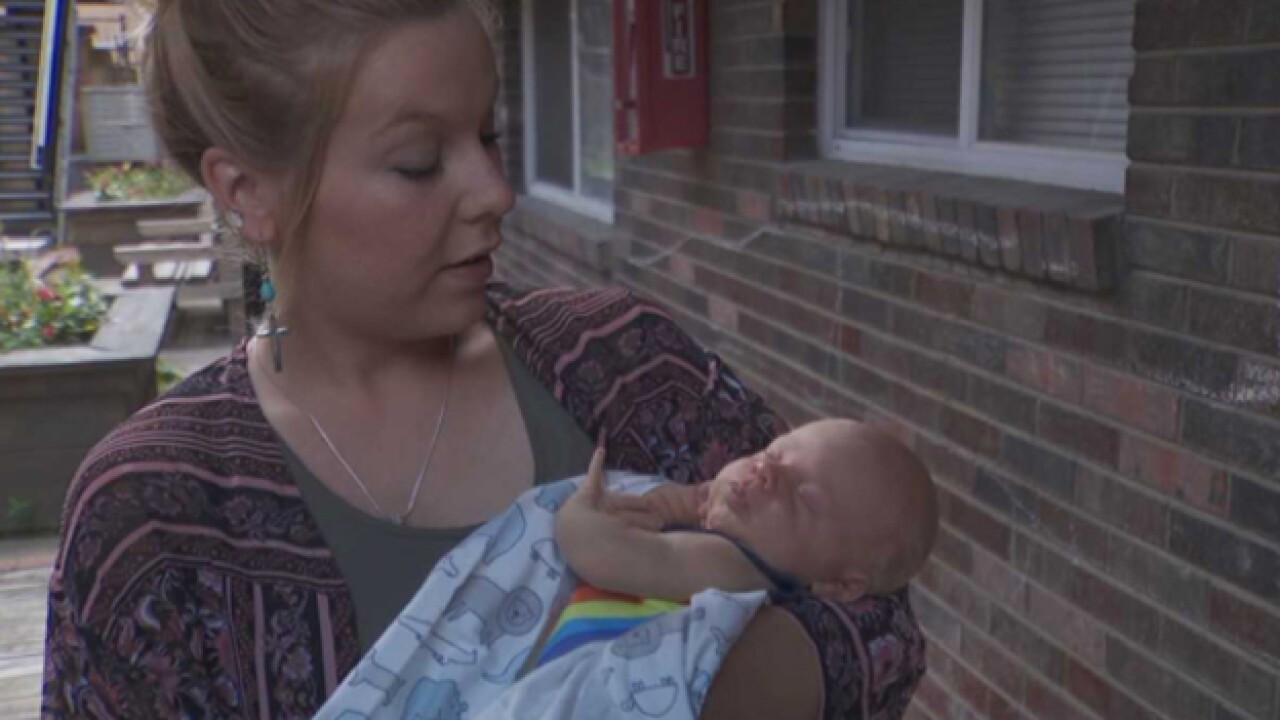 Miranda Barry holds her newborn baby son Sawyer with glee. He is healthy, active and showing signs of hope despite her tumultuous past with opioid addiction.

His tiny presence in the world is what saved her life, said the 24-year-old mother.

A prescription to pills following a kidney surgery three years ago led her down a dark path.

"I was taking from one a day to five a day," recalled Barry. "It was so much that I didn't care about anything else."

In the middle of stealing from family members to turning to heroin, Barry found herself pregnant with her third child.

She has always wanted to seek treatment but it took hitting rock bottom.

"I tried to come off opiates myself but it was so strong that I couldn't do it by myself. I found myself in jail and pregnant and I knew that it wasn't the life for me," said Barry.

Several months ago she transferred to the "Freedom Recovery Community" at The Next Door in Nashville. She had already gone through treatment at a different organization.

The affordable housing program serves women and their families as they stay engaged in treatment through a supportive environment.

April Barnes, Director of Admissions and Business Development, said seeking treatment is hard for opioid-addicted women because of fears they would lose their child.

"We may have five or six phone calls with a client before she makes it in the door. Last week we had a client who showed up in the parking lot but wouldn't get out," stated Barnes.

She hopes to break down the stigma about pregnant women and their opioid addiction. The organization provides a variety of addiction services.

"We want women to get treatment because we understand each day can be a life," added Barnes.

Between 2014 and 2016, Tennessee had what was called a 'fetal assault' law that made it a crime to give birth to a child showing symptoms of drug exposure.

Investigators with the Department of Children's Services have to look at each case individually because not all prenatal use is a child-safety issue, according to a spokesperson.

The opioid epidemic continues to have a strong grip on pregnant women and their infants across the country.

There was a noticeable increase in babies born with Neonatal abstinence syndrome (NAS) ten years ago in Nashville. The babies showed signs of drug withdrawal symptoms including tremors, seizures, fever, dehydration and poor weight gain.

Recent data from the Centers for Disease Control and Prevention showed Tennessee is one of four states most affected by NAS with 15 to 20 cases per 1,000 hospital births.

In addition, every 15 minutes a baby is born with NAS.

"It's really important as we think through our solutions that we include pregnant women and infants as well in that dialogue because they have special needs and need special programs built for them," said Vanderbilt Neonatologist Dr. Stephen Patrick.

Vanderbilt University Medical Center began a program in the Fall to keep mothers and their newborn babies together to prevent further damage, especially for mothers who gave birth to babies with NAS.

"Keeping moms and babies together promotes that bond for both mom and baby. We have families happier and bigger amount of moms who breastfeed," added. Dr. Patrick.

The Tennessee Department of Health tracks the number of NAS cases every week.

To date, there have been 395 cases of NAS reported in 2018. Many cases include mother who may have taken medication from mother than one source.

A spokesperson for the department noted that vast majority of mothers who have babies with NAS are taking medication prescribed to them by a health care provider.

If you need treatment, you can The Next Door at 1-855-TND-HOPE or visit www.thenextdoor.org.