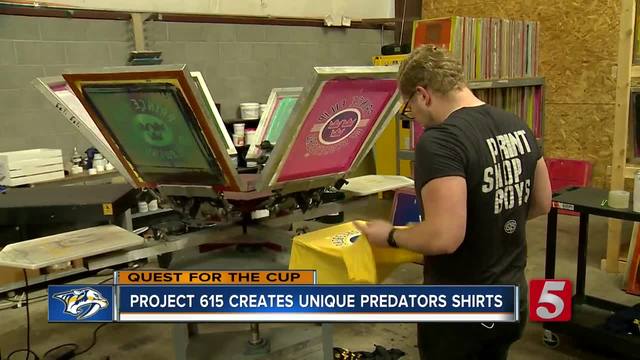 At Project 615, it's not hard to find Preds gear. They have a lot of it, and most of it's pretty clever. Catfish, playoff beards, smash cars, and everyone's favorite chants are on shirts. 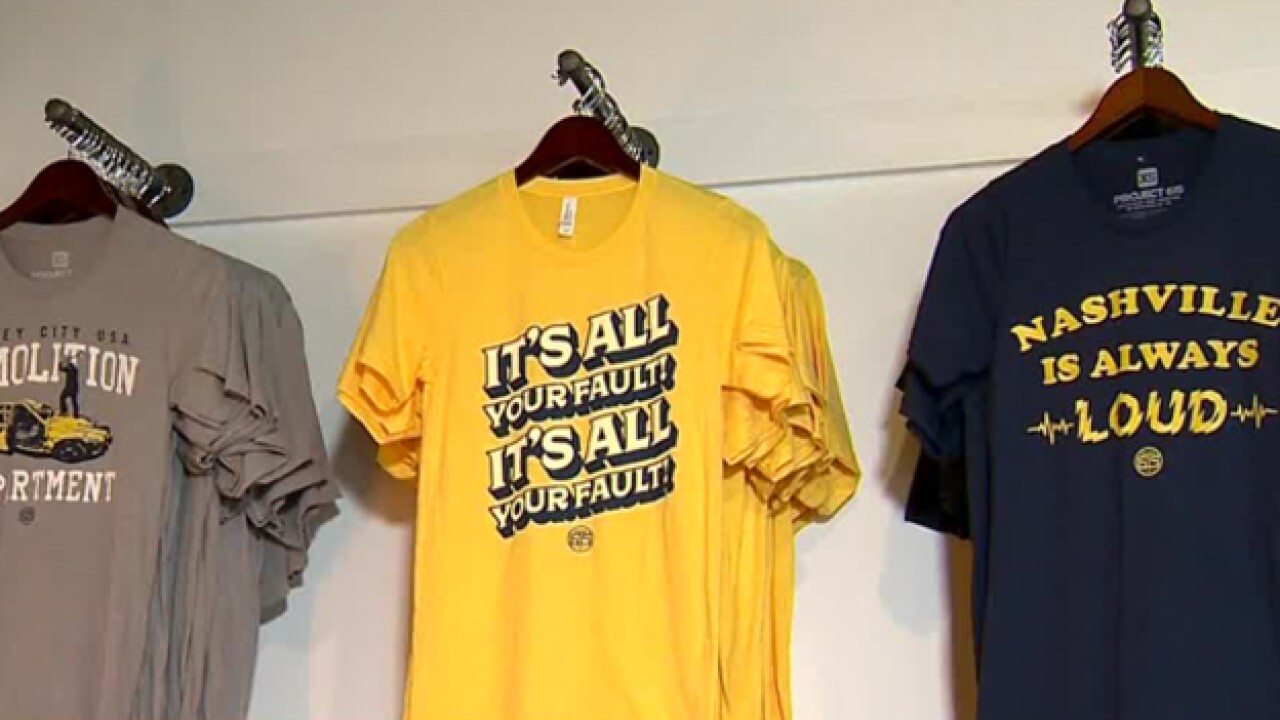 At Project 615, it's not hard to find Preds gear. They have a lot of it, and most of it's pretty clever. Catfish, playoff beards, smash cars, and everyone's favorite chants are on shirts.

"People you don't have anything else in common with, you've got the Preds in common," April Kirby, operations coordinator with Project 615, said.

During the season, Project 615 has a tough time keeping the shirts in stock, and whenever they go to games, they're still in disbelief by how many people sport their shirts.

"We go to games and we're like, 'Oh my God! They're wearing our stuff!'" Kirby said. "It never becomes normal to us, it's just so fun to see that everyone's sporting their catfish or sporting their bearded."

The shirts have become so popular that the Predators organization has started working with Project 615 to get some of the shirts in stock in the team store for all fans to buy.

"They could partner with anyone. Nike, Adidas, anyone. They're choosing to support local, and that speaks volumes of their character and how they also feel about this city," Kirby said.

For Kirby, it's extra special, because Project 615 is a company that always works to give back. they employ men recovering from homelessness, addiction, and mental illness, and they're constantly doing giveback campaigns.

One of their most recent campaigns was with Pekka Rinne. Together, they raised more than $21,000 for the 365 Pediatric Cancer fund.

As teh Preds continue in the playoffs, Project 615 will continue coming up with fun ideas for new shirts, and they'll continue to print and sell them as fast as they can, because most Preds fans will agree, you can't have too much gold and blue in your closet.

Project 615 sells their shirts both online, and in their locations in East Nashville and The Nations. For more information, you can visit their website.