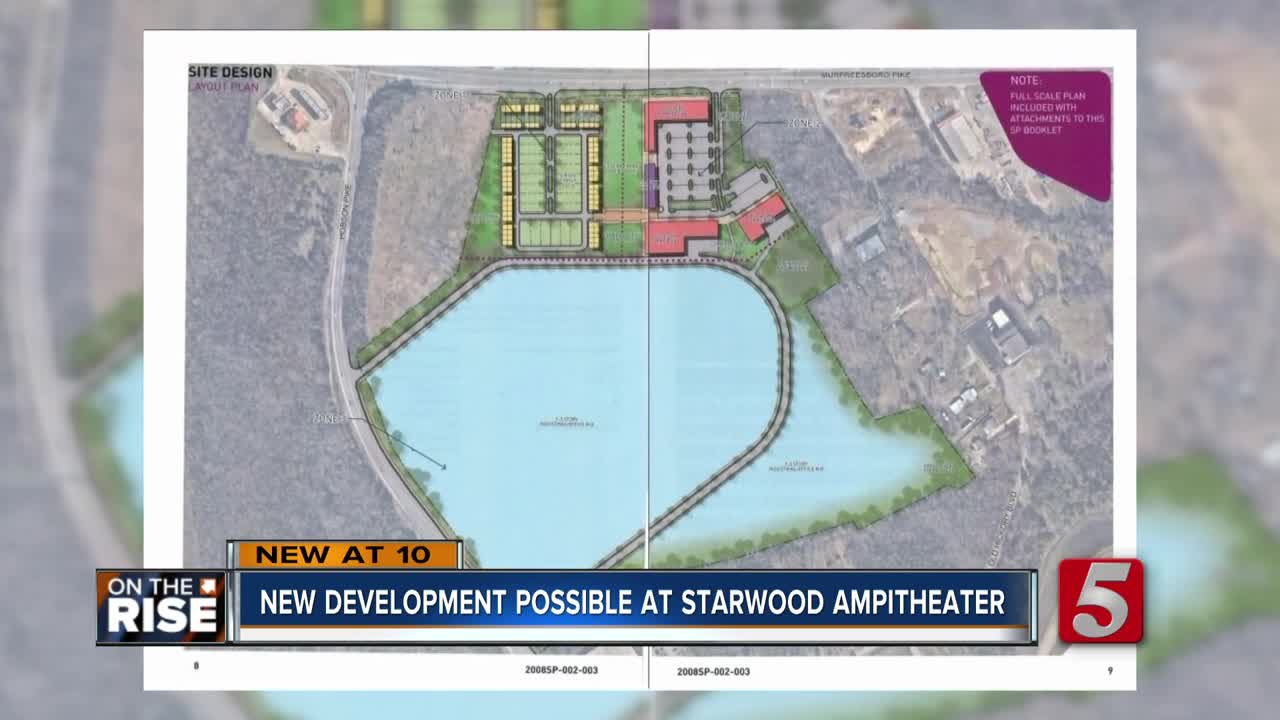 Metro documents detail a new proposed development that would go at the now-empty Starwood Amphitheater in Antioch.

NASHVILLE, Tenn. (WTVF) — Metro documents detail a new proposed development that would go at the now-empty Starwood Amphitheater in Antioch.

The documents were submitted to the Metro Planning Department this week. The development would include townhomes, commercial space and an area zoned for industrial where the stage once stood.

"When it was alive and kicking, it was it was the place to be," Eugene Edwards said. Edwards owns Starwood Pizza, which sits across the street from the empty concert venue. "Right now it's kind of an eyesore."

"To me really, you cant lose," Edwards said. "It's on one of the busiest intersections on this side of town, in between two high schools, sky's the limit."

But since the Starwood shuttered in 2007 there have been plenty of plans. Just three years ago the same owner behind this new proposal held a community meeting about development, but the Starwood site still sits empty.

"I wanna wait and see," Edwards said. "I mean, if not now when? you gotta do something sooner or later."

According to city applications, if the proposal is approved construction would begin in 2021.