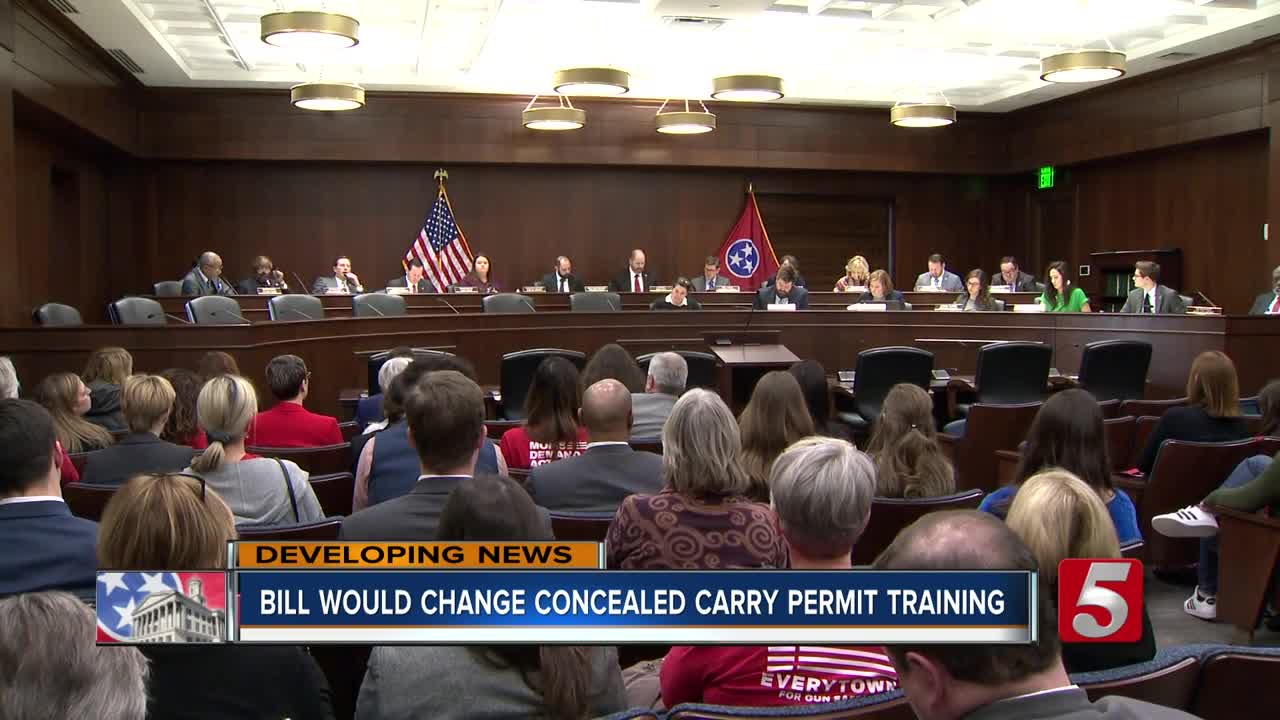 A bill in state legislature would allow a permit to be obtained with two hours of training instead of eight.

NASHVILLE, Tenn. (WTVF) — A bill in state legislature would allow a permit to be obtained with two hours of training instead of eight.

Currently, a Tennessee resident will pay about $100 for a handgun carry permit. However, tacked on to that cost is an eight hour training course, which could also cost around $100.

The lawmaker behind the bill says he wants to lower the overall cost of getting a permit. It's subject to change, but the bill would lower the cost from $100 to about $65.

It would also allow people to take a two hour class instead of eight - one that could even be taken online rather than in person. State representative Andy Holt said he wants people to have more choice, but also more people to be able to get the permit.

But there's debate here about if the change will make the state unsafe.

"I encourage folks in every situation to always seek out as much training as they want and to never utilize a weapon until they've achieved enough training until they're comfortable with the use of that gun and the knowledge of how that gun can be used under these different permitting positions," said Holt.

"The bills we're introducing are going to weaken that system. They're going to allow people to not even fire a firearm before they could carry it in public and would just require less training," said Kathleen Chandler, a volunteer for Moms Demand Action.

That would allow faculty and staff to conceal and open carry on public universities.