Protest Held For Daniel Hambrick: 'We Want A COB!' 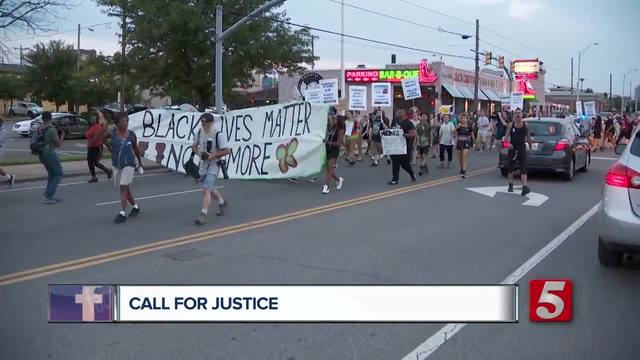 Community members are demanding action after video from an officer-involved shooting was released this week. The video showed Metro Officer Andrew Delke shooting and killing Daniel Hambrick as he was running away. 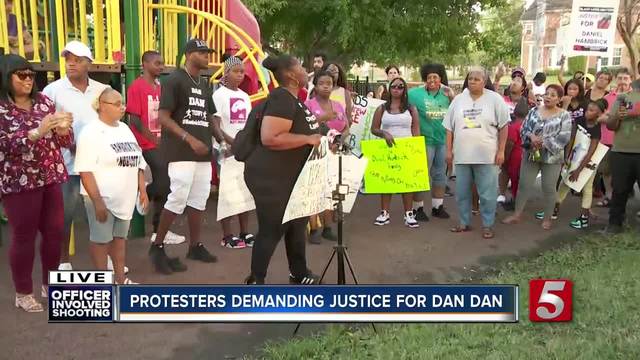 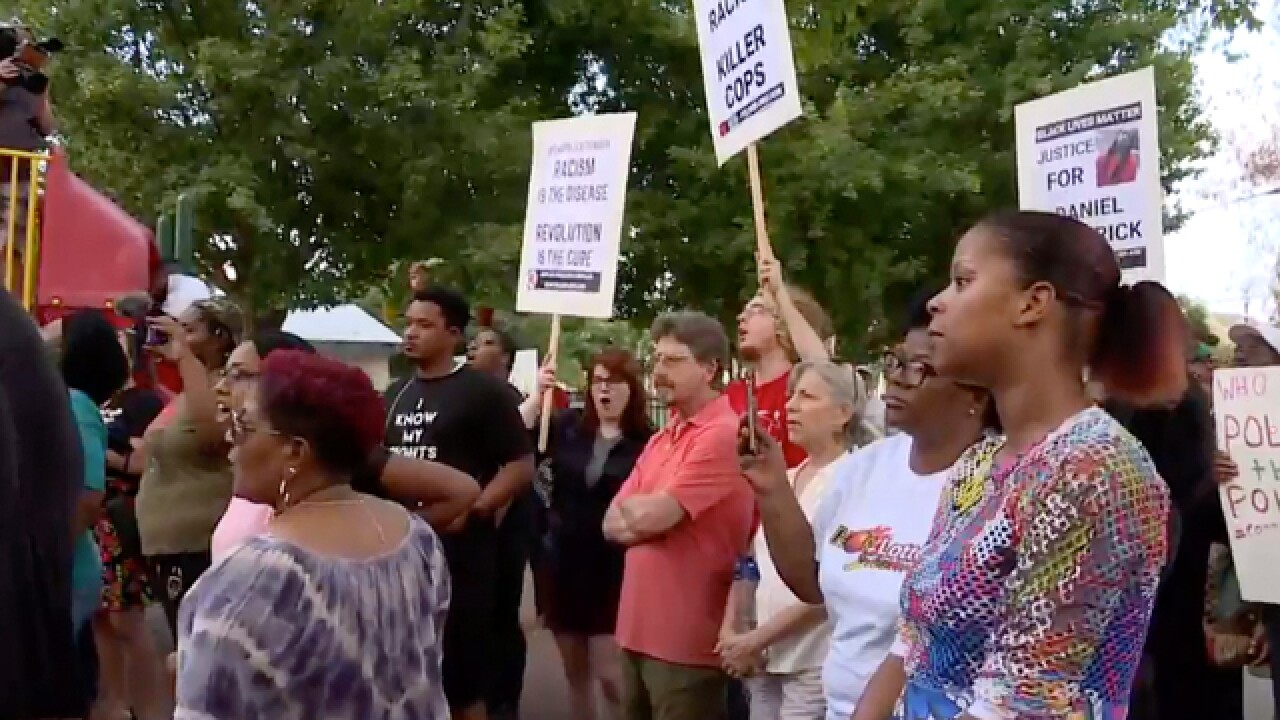 Community members are demanding action after video from an officer-involved shooting was released this week.

The video showed Metro Officer Andrew Delke shooting and killing Daniel Hambrick as he was running away.

People gathered Saturday evening at Watkins Park to call for “Justice for Dan Dan.” The protest was peaceful as many speakers spoke out against injustice and called for a community oversight board to monitor police action.

They chanted: “We want a COB, not no PP!” The “PP” was their shortened version of “Policing Project,” which Mayor David Briley said is an organization in New York they’ve been working with to come up with solutions to the problem.

On July 26, Officer Delke with the Juvenile Crime Task Force was looking for teens and stolen cars in an apartment complex.

According to initial reports, Daniel Hambrick got out of a relative's car and ran away from officers.

Officer Delke chased after him and shot him in the back as he was fleeing.

According to officials with the Metro Nashville Police Department, Hambrick had a gun on him during the incident. It was reportedly found under his torso after he was shot.

This week, the District Attorney released nearby surveillance video of the shooting. Many people were outraged by what they saw, so they organized this protest to demand justice.

"You all are supposed to protect and serve. He's on the ground, what are you doing?" Dominique Appleton said.

Daniel Hambrick's family believes the officer should be charged with murder.

"He got those hands ready and he shot him down!" Appleton said. "And then if you also noticed, he did not take the time to check to see if he was even alive."

Hambrick's mother is heartbroken after video came out showing that officer Delke shot Hambrick in the back.

"It's just been hard for me," Vickie Hambrick said. "He was my back bone. He was my eyes. He was my everything."

Protestors want a community oversight board and police reform.

When officers came to block the roads during the protest, they shouted at them.

"Hey hey ho ho these racists cops have got to go!"

They marched for hours. Sam Hambrick said his cousin didn't deserve to die this way.

They also called for Chief Steve Anderson to resign.