Purdue fan who inspired many with fight against cancer dies 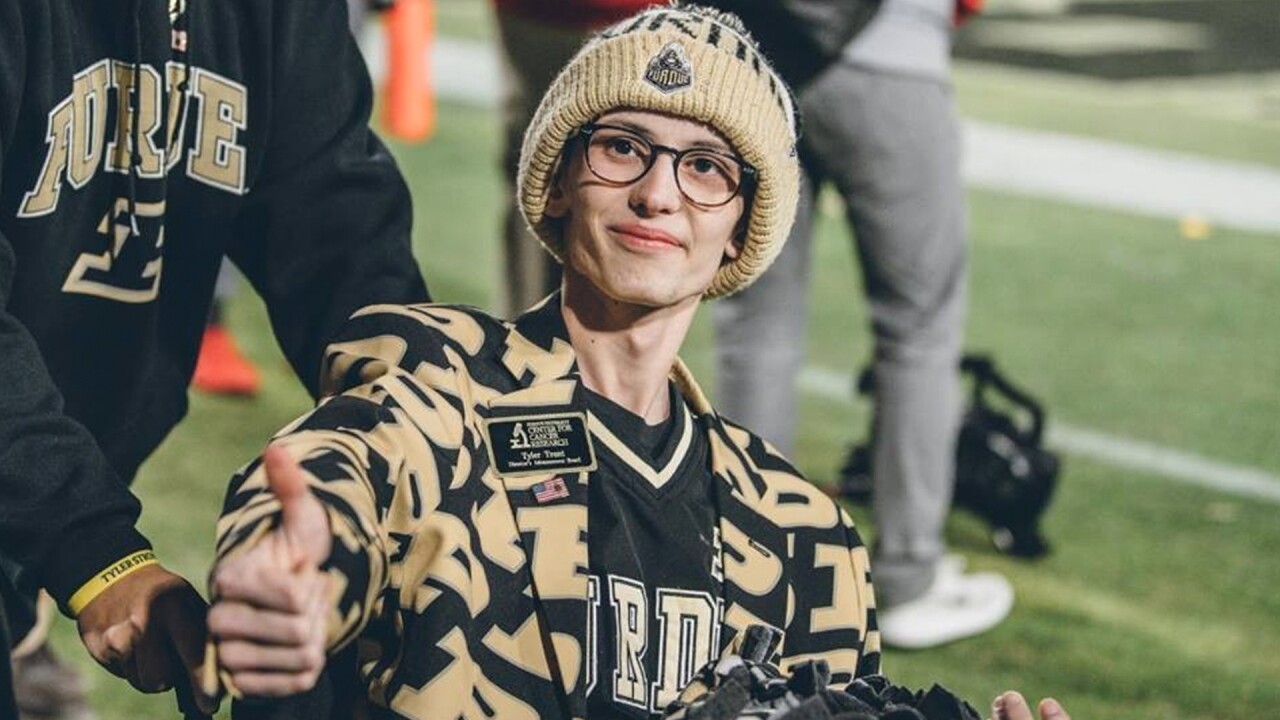 INDIANAPOLIS (AP) — Tyler Trent, a former Purdue University student and enthusiastic college football fan who inspired many with his battle against cancer, has died. He was 20.

His family confirmed to The Indianapolis Star that he died Tuesday.

Trent had wanted to be a sportswriter and was determined to attend Purdue despite suffering three bouts with a rare bone cancer.

He became a social media star with his positive attitude and determination to live every day to the fullest despite the illness.

Last year, Purdue created a scholarship, the Tyler Trent Courage and Resilience Award, for an undergraduate who has encountered adversity while pursuing a college degree.

Trent earned an associate degree from Purdue in computer information technology. He was diagnosed with bone cancer at age 15.