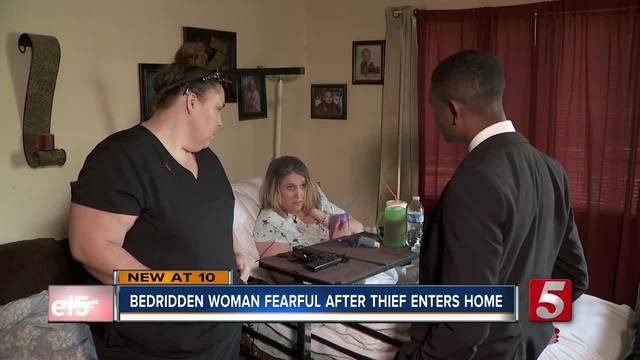 A Middle Tennessee woman who is bedridden said she's shaken up after a suspect entered her apartment and robbed her. 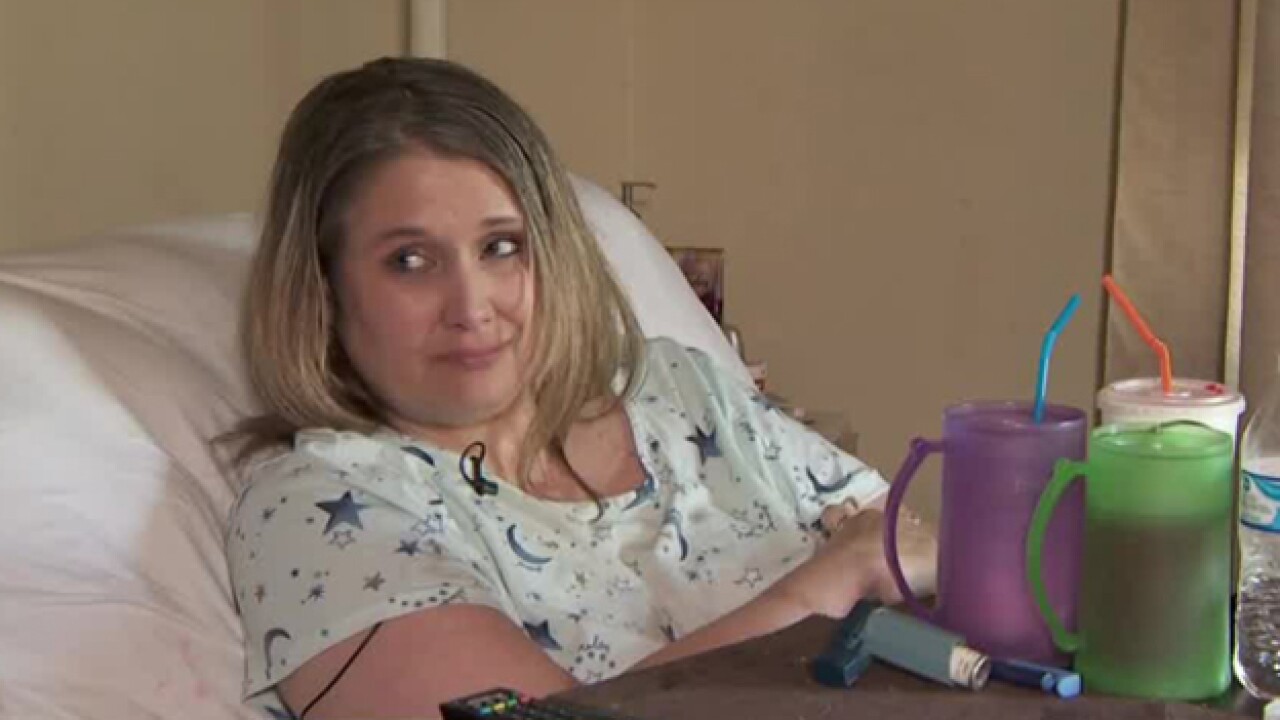 A Middle Tennessee woman who is bedridden said she's shaken up after a suspect entered her apartment and robbed her.

The incident happened before 8 a.m. at the Autumn Chase Apartments in Goodlettesville.

Shawnda Webb said she was half-asleep before she realized someone was in her home.

Webb said on a regular day, her husband leaves for work around 6 a.m. and has to keep the door unlocked in order for her caregiver to enter the apartment around 7:30 a.m.

It was Webb's caregiver who found the suspect inside the apartment.

"When I first walked in I asked her what her name was and she said she was Barbara and I was like ok, I’ve never seen the lady before," said caregiver Brandy Kelley.

Webb said she woke up to hear her caregiver and the suspect arguing.

"I was nervous, I was shaken up. I even called my company about this and let them know what was going on because I was like oh my gosh this has never happened to me before. I’ve never been through this," Kelley said.

Kelley said the suspect had bright red hair and stayed in the apartment for about 40 minutes. She wouldn't let her leave and called Webb's husband to let him know what was going on.

At one point, Kelley said the intruder locked herself in the bathroom, then rummaged through Webb's husband's bedroom.

"She took a lot of things, my blood thinners which is something that keeps me alive. They’re going to refill all that. Two gold rings from my husband, the tablet that TennCare leaves," Webb said.

Kelley's company has a policy that does not allow caregivers to have a key to a patient's home. During an interview with Newschannel 5, the company Addus Homecare said it was willing to allow the caregiver to have a key after learning about Webb's incident.

"Brandy she is like my guardian angel. I want to say thanks to the company too," Webb said.

Goodlettsville Police are investigating the theft at the Autumn Chase Apartments. Webb said she hopes police find the suspect soon.