Remnants of Harvey swept through Middle Tennessee and Kentucky causing flooding in several portions of Nashville and Davidson County.

The Whites Creek area was the first to see significant flash flooding on Thursday. Nashville emergency management crews went door to door urging residents to leave the area because of high water.

Flooding continued throughout the night in areas like Belle Meade, West End, Eatons Creek, Whites Creek, Joelton and many others.

As of Friday morning, crews with Metro Public Works said they had responded to 52 fallen trees, five barricade calls, and 14 street closures.

Part of Interstate 40 was closed in Dickson County due to high water as well as a portion of I-40 East in Nashville on Thursday night.

First responders rescued a driver from a van stuck in high water on the interstate.

Friday afternoon, Metro officials confirmed they no longer had any road closures in effect.

Flooding remained a threat throughout Friday morning as wrap-around rain behind the remnants of Harvey continued to bring waves of light to moderate rain across the Mid-State.

The heaviest rain fell during the overnight and daybreak hours with the rain becoming lighter into Friday afternoon.

Here's a look at 24 hour rainfall estimates. Many areas have had 6''-8'' of rain. The latest on #Harvey#NOWonNC5pic.twitter.com/YHNpluFi74

Damage was reported in multiple areas, including at a business in Nashville in the 1700 block of River Hills Drive where part of a warehouse was destroyed and a semi was turned over on its side. 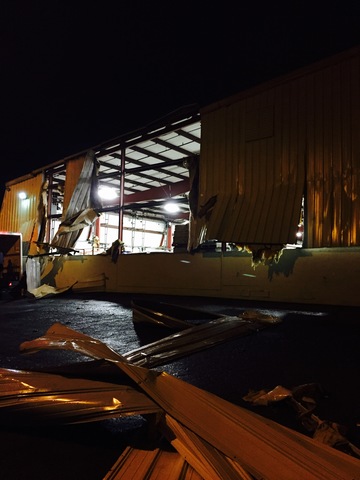 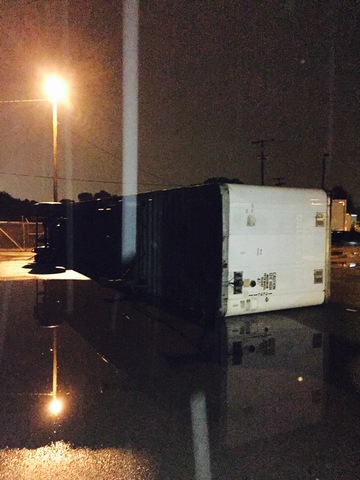 For the latest information on your forecast, visit our weather page online.