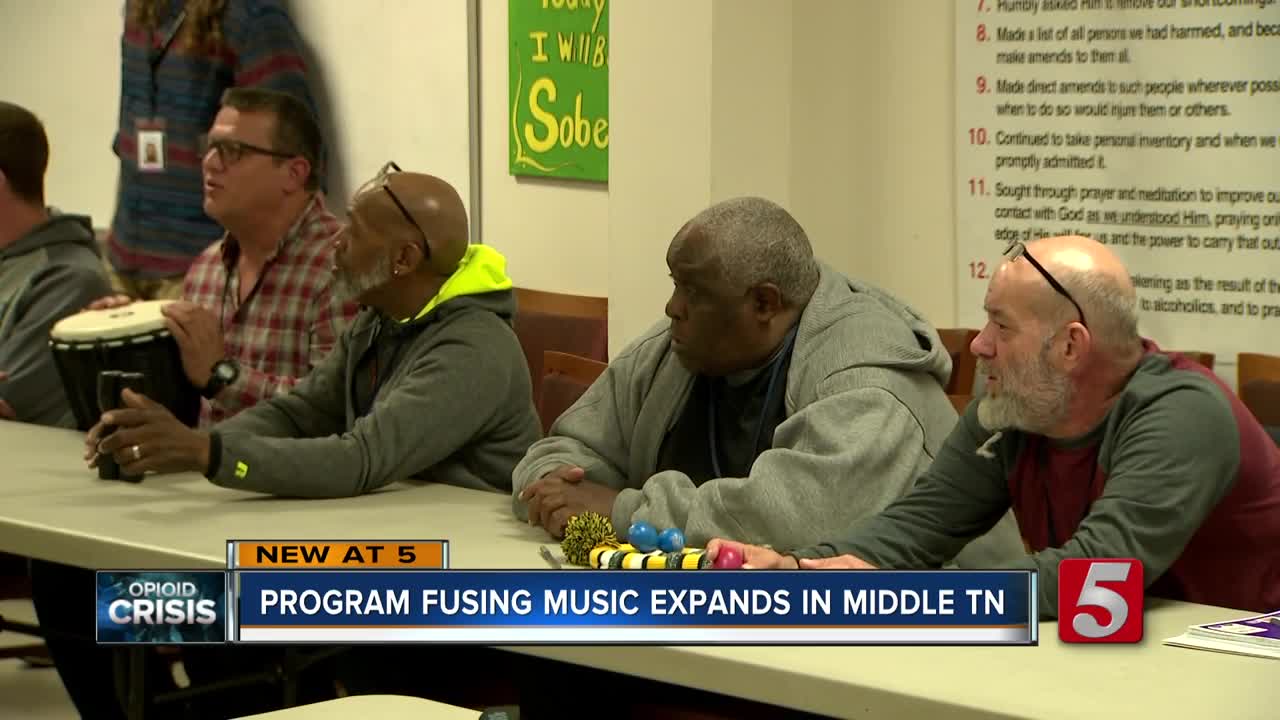 The power of music can be felt through a unique recovery program across several treatment facilities in middle Tennessee. 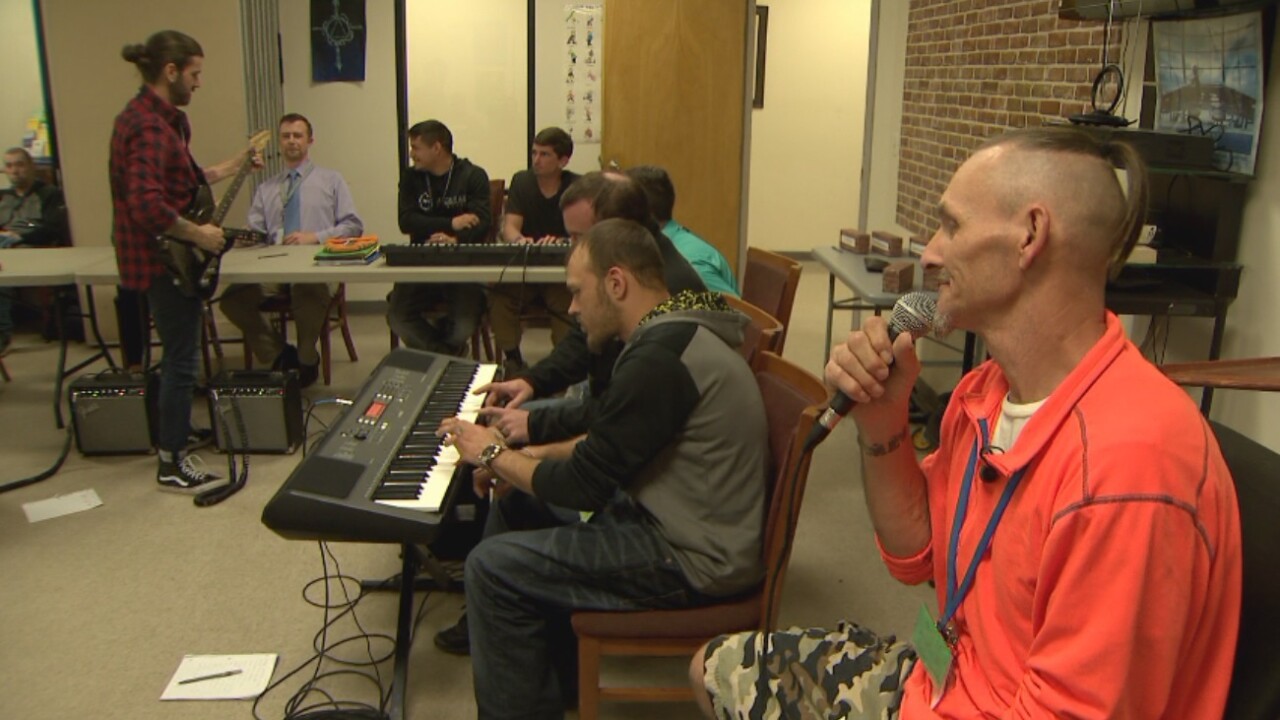 CASTALIAN SPRINGS, Tenn. (WTVF) — The power of music can be felt through a unique recovery program across several treatment facilities in middle Tennessee.

Rock To Recovery first came to Tennessee one year ago, and has since expanded weekly sessions from two to eight recovery organizations in 11 facilities. NewsChannel 5 first covered the media unveiling of the program but explored how the program works where people battling drug and alcohol misuse are treated a year later.

"We're the massage for the brain so the other therapies penetrate better. When you play or when you sing, it's one of the few activities that fires both sides of your brain," Rock To Recovery Program Administrator Phil Bogard said.

Bogard usually starts the session by having members introduce themselves and eventually forming a band. Everyone participates by fulfilling a role from writing lyrics and playing instruments to background vocals. The lyrics are normally about their recovery process.

"We just wrote and completed a song from start to finish in less than an hour-and-a-half and you have so many people coming in to drug and alcohol treatment that haven't completed anything in so long," Bogard said.

During the recent session at the Buffalo Valley site in Castalian Springs, Mike Barry helps with the song the group titled "Falling Into Place" by writing the bridge. In one section of the song, he writes, "I know the answers will appear, so I say I silent prayer."

"I'm always praying in my head, something I never did. I'm so glad I'm here and I thank God every day for it saved my life," Barry said.

Barry came to Buffalo Valley after years of addiction to drugs and alcohol. He admits being hesitant and hostile at first but eventually became comfortable to recovery because of the kindness shown to him. Being a part of Rock To Recovery seemed fitting since he was a part of choir in high school and even received a scholarship for it.

"As soon as I stepped into the meeting room my whole life changed. I love the music part because it feels awesome and I look forward to that," Barry added.

A message Bogard likes to say is how much music has the ability to give a natural high. Prior to starting the song, he explained how playing music releases chemicals in the brain in naturally, healthy doses.

Douglas Fuqua of Buffalo Valley said he notices the transformation with his clients when they participate. They arrive not knowing what to expect to showing excitement on their faces.

Rock To Recovery started in California in 2012 by former Korn guitarist Wes Geer. It has grown to more than 100 facilities with about 500 sessions every month. It also has a contract with the U.S. Department of Defense to help veterans.