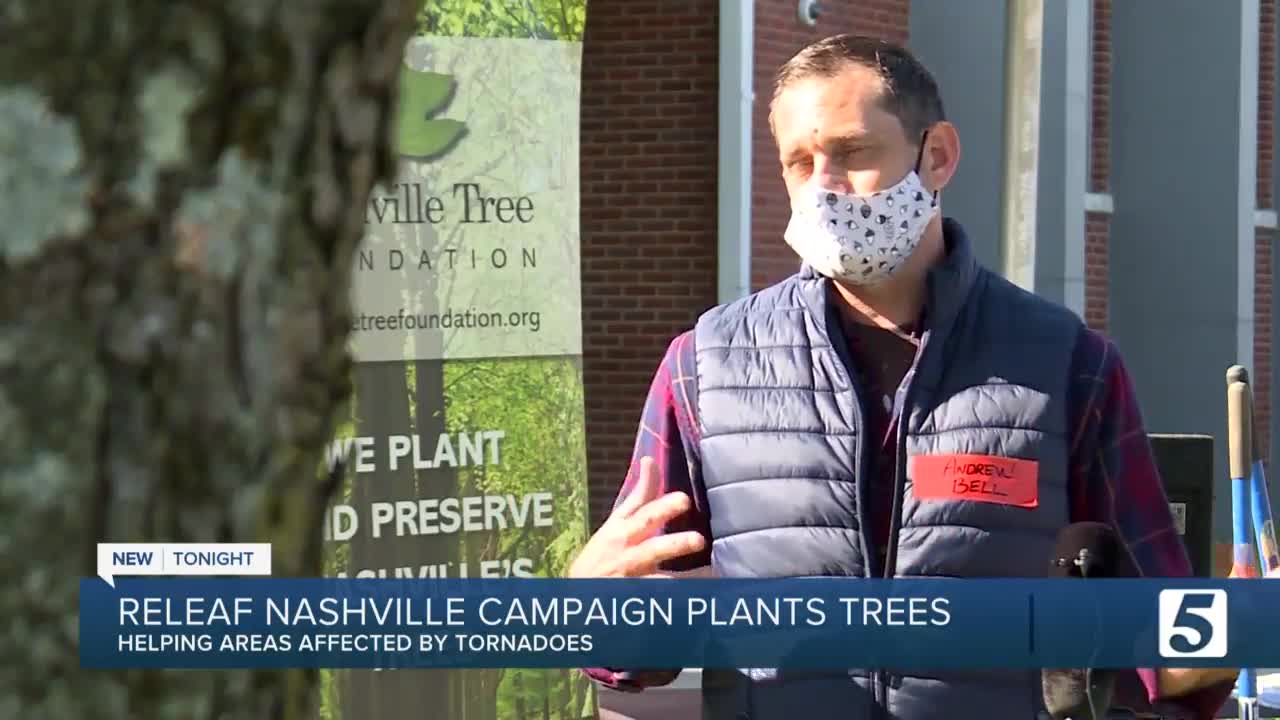 Volunteers helped start the 'ReLeaf 2020' project on Saturday, which aims to replace trees that were downed by the March tornado. 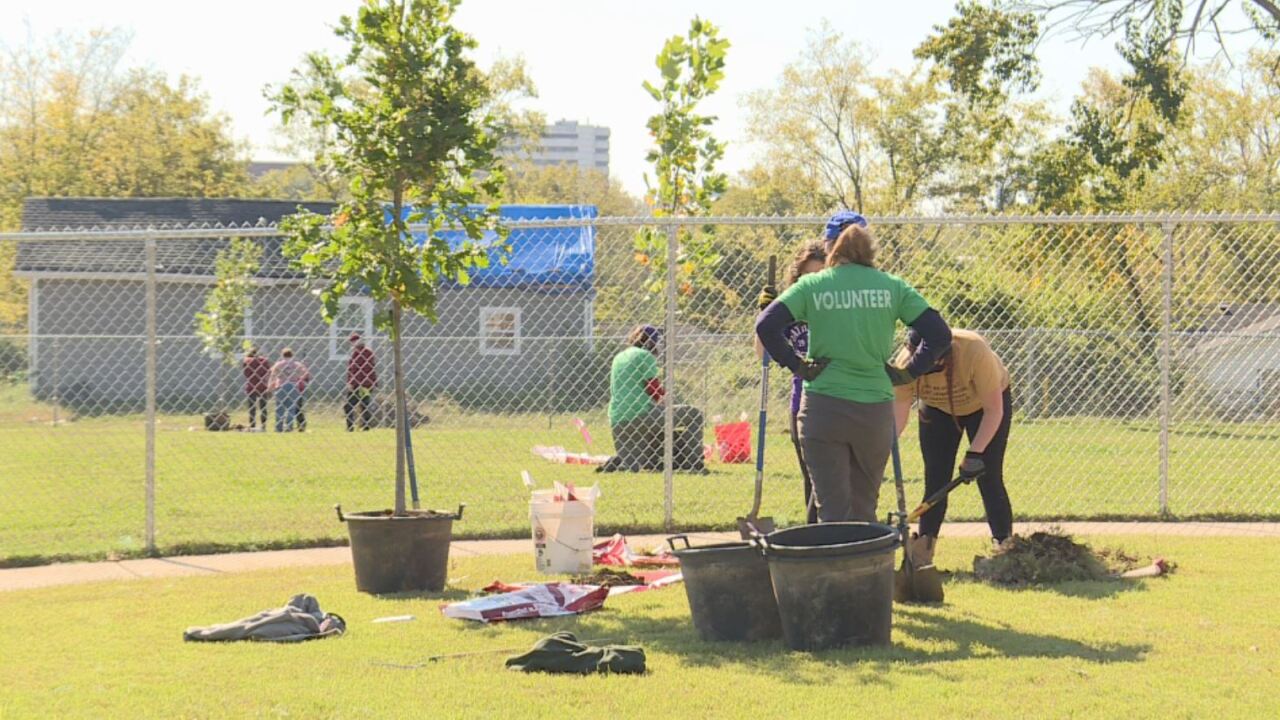 NASHVILLE, Tenn. (WTVF) — Volunteers helped start the 'ReLeaf 2020' project on Saturday, which aims to replace trees that were downed by the March tornado.

The campaign held its kickoff ceremony at Churchwell Elementary in North Nashville, where city leaders helped plant a ceremonial tree.

The campaign, led by the Nashville Tree Foundation, is a revival of a similar effort that the city had following a tornado in 1998. This time, the project hopes to plant 10,000 trees in areas that were hit by the March tornado, including North Nashville, Germantown, East Nashville, Hermitage and Donelson.

Nashville Tree Foundation Executive Director Andrew Bell said there's no data on how many trees across Nashville were downed during the March tornado, but the number is likely in the thousands. The storm, along with a derecho that swept through the city in May of this year, hit areas of North Nashville especially hard. Bell said those neighborhoods were already lagging behind when it came to tree cover.

"This area already had low canopy cover compared to other areas of Nashville, so then the storms this past spring just made it worse," Bell said.

"There's a lot of research that’s been published that shows a direct correlation between canopy cover and crime rates, physical and mental health, property values and test scores among youth," Bell said. "So by adding more trees you can help improve all those things."

The Nashville Tree Foundation hopes to plant more than 300 trees in the 37208 ZIP code.

But before the tree-planting effort could get started, it went through a months-long delay. The kickoff ceremony was supposed to happen in March, but COVID-19 forced organizers to postpone the event for more than six months.

"It gave us a lot of time to think through what we wanted to do," Bell said.

Bell added that he knows ReLeaf 2020 isn't the only tornado recovery effort that has been significantly delayed or impacted by the pandemic.

"There's a lot of need in this Nashville community, not just with trees, but to help people rebuild their homes and help get their lives back together," Bell said.

If you live in North Nashville, you can find information on how to get a tree for your yard at the Nashville Tree Foundation website.