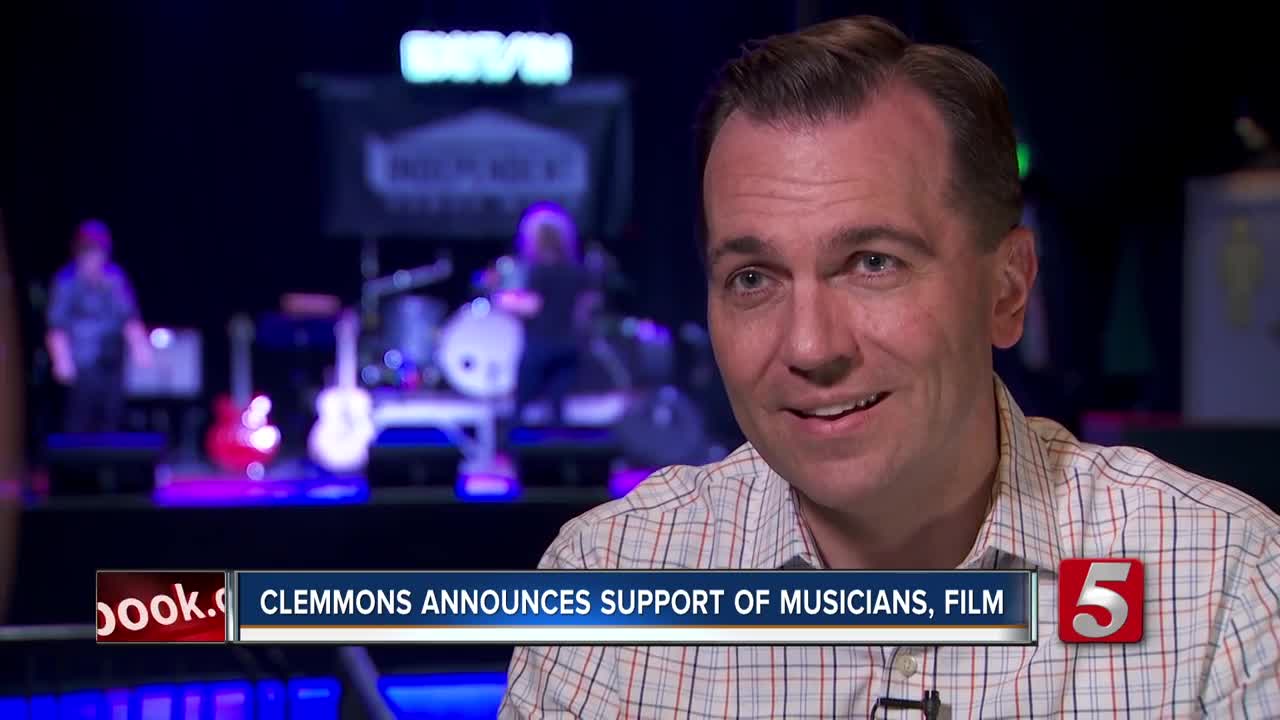 Tennessee Representative John Ray Clemmons announced that as part of his mayoral campaign he will work to legalize home recording studios, reinstate the Metro Nashville Film and Television Commission, and improve affordability for musicians and other citizens. 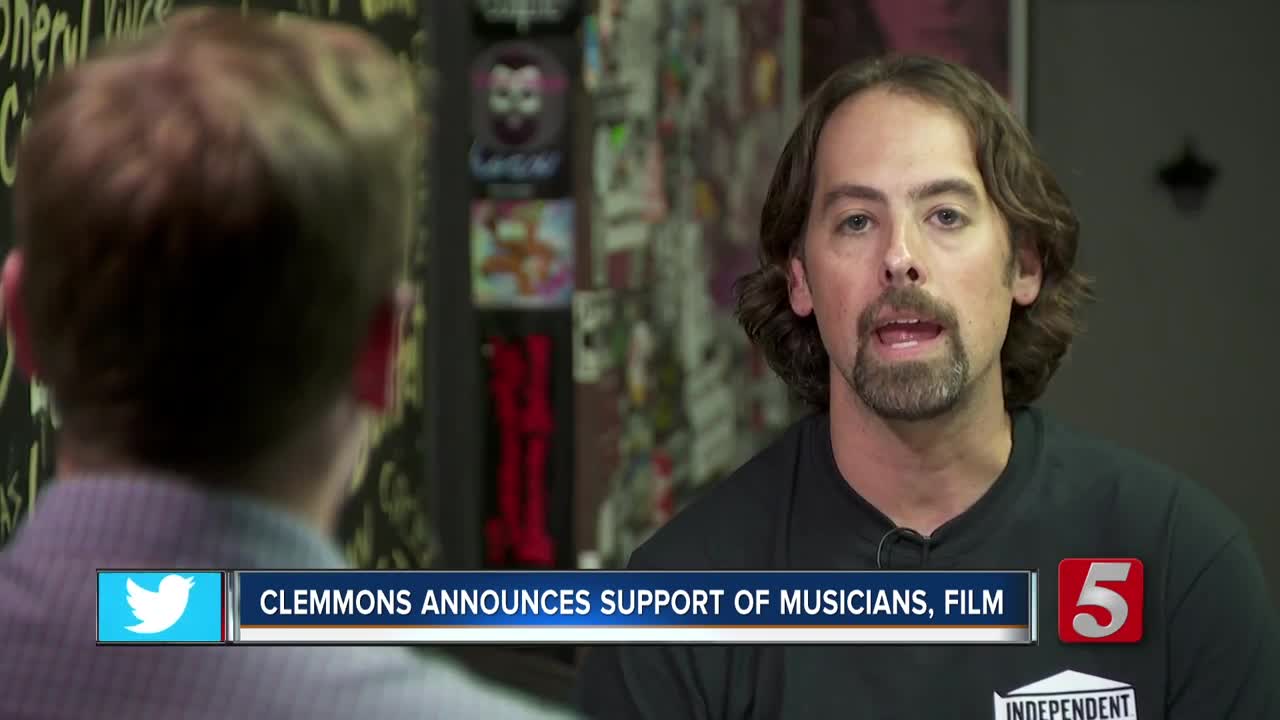 NASHVILLE, Tenn. — Mayoral candidate and Tennessee representative John Ray Clemmons announced a blueprint for supporting arts and entertainment in Nashville on Thursday with the hope to make Nashville even more of an entertainment capital than it already is.

According to Clemmons, during his time campaigning for mayor, he’s heard from numerous members of the creative community who have concerns about affordability, transportation, and overall support of the industry.

“Music is really the fabric of what makes Nashville so unique,” Clemmons said. “A lot of musicians are coming here with a dream, but they can’t afford to live in the city, they can’t get to and from their gigs.”

One person who knows the struggles first hand is Alanna Royale, who has lived in Nashville for 8 years as a musician.

“I have some friends that are living in like basically furnished garages, and those are costing over $1,000 a month,” Royale said. “We have Music City built on the backs of artists and entertainers who are now being pushed out of the city, not to mention all of the families and native Nashvillians who can no longer afford to be here either.”

Clemmons has outlined a plan to combat the increase in cost-of-living by increasing investment in the Barnes Fund for Affordable Housing to $50 million a year within five years, and if elected mayor, he plans to establish stronger partnerships with the non-profit and private developers who are dedicated to building innovate and affordable housing.

For that reason alone, numerous members of the music community are throwing their support behind Clemmons.

“The creative class in Nashville, they’re overlooked. I don’t know if they’re taken for granted or it’s not clear why local politicians don’t pay attention to that class, but it’s kind of the essence of Nashville,” Eric Holt, founder of Lovenoise, said, adding that he believes Clemmons can refocus the community on things that matter, including supporting the creative class. “He’s a very passionate person and direct.”

“This is Music City USA. Not allowing and over-regulating the music industry in this manner – it just doesn’t make sense here,” Clemmons said.

“The show Nashville, that drove about $225 million in our local economy,” Clemmons explained, adding that it also put Nashville on the map for a lot of people who previously didn’t know about the town or didn’t have a positive image of the town.

Clemmons said he believes that further supporting the arts in Nashville will only have positive impacts on the community.

“I wanna be ‘creative city,’ I think that’s what opportunity we have, is just the entire 360 degrees of the creative community and make this just a booming city when it comes to entertainment.”

Clemmons also outlined plans for strengthening education when it comes to media arts, such as film and television and digital media design to help Nashville’s young people in the future, and he stressed the importance of protecting our character through preserving Music Row through a fund to ensure that Music Row and other historic areas are not demolished for the sake of new development.

One place that is full of character and music history in Nashville is Exit/In, which has hosted the likes of The Ramones, The Police, Keith Urban, and many other legends, and Clemmons has won the support of the venue’s owner.

“John Ray is the only candidate who’s talking to a specific segment of Nashville’s community that I believe is extremely important to the fabric of this town,” Chris Cobb, owner of Exit/In, said. “This town’s built on songwriting, it’s built on publishing, it’s built on creative people, and in the last 5 years for sure, that community has been ignored, has been displaced. If we’re not careful, we’re going to become ‘Every City USA’ and we need to continue to be Music City USA.”

To show their support of Clemmons, Exit/In is hosting an early vote rally at 7:30 p.m. with Alanna Royale and The Hardin Draw performing.

There will also be a teacher-led rally and march to the polls on Saturday afternoon starting at 3rd and Lindsley at 1 p.m.

For information on tickets and more information about John Ray Clemmons, you can visit his website.