Rep. Stewart questions arrest of demonstrators on public property in letter to gov. 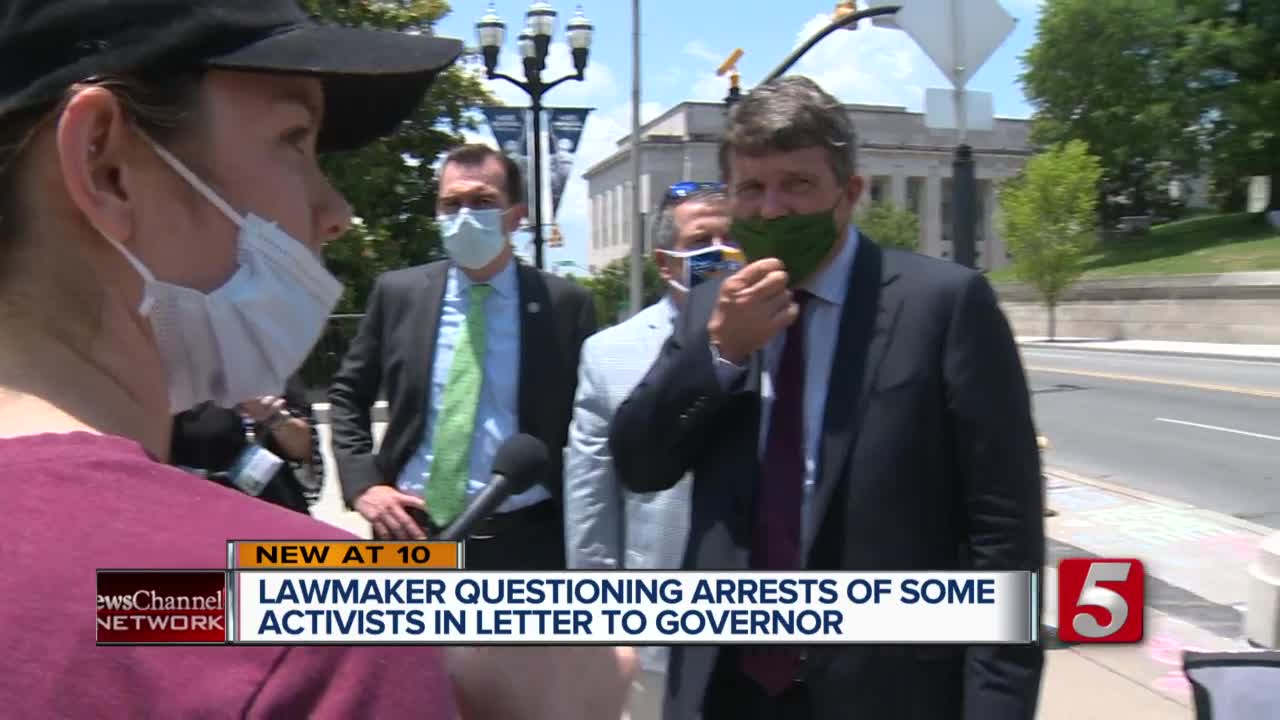 Rep. Mike Stewart sent a letter to Governor Lee in which he questions the arrests of some activists

NASHVILLE, Tenn. (WTVF) — After multiple demonstrators were arrested Thursday, Rep. Mike Stewart D-Nashville wrote a letter to Governor Lee asking if he was involved in the "highly disturbing event."

NewsChannel 5 is aware of five people who were arrested near Legislative Plaza across the street from the Capitol.

In that letter, Rep. Stewart asked Governor Bill Lee if it was his call to have peaceful protesters removed from a public space. Protesters told Stewart they did nothing to provoke Troopers to cross Charlotte Avenue, remove their signs and kick them off of the public property.

Stewart says none of them were camping and he heard from witnesses a person in a wheelchair suffered a seizure after being kicked during the incident.

In the letter, the representative reminds Governor Lee of Americans' constitutional right to peaceful protest and asks for an investigation into the matter.

NewsChannel 5 reached out to the Tennessee Highway Patrol and the Governor’s office for comment but neither has responded.