Report Finds Ticketmaster Is Colluding With Scalpers, Taking A Cut 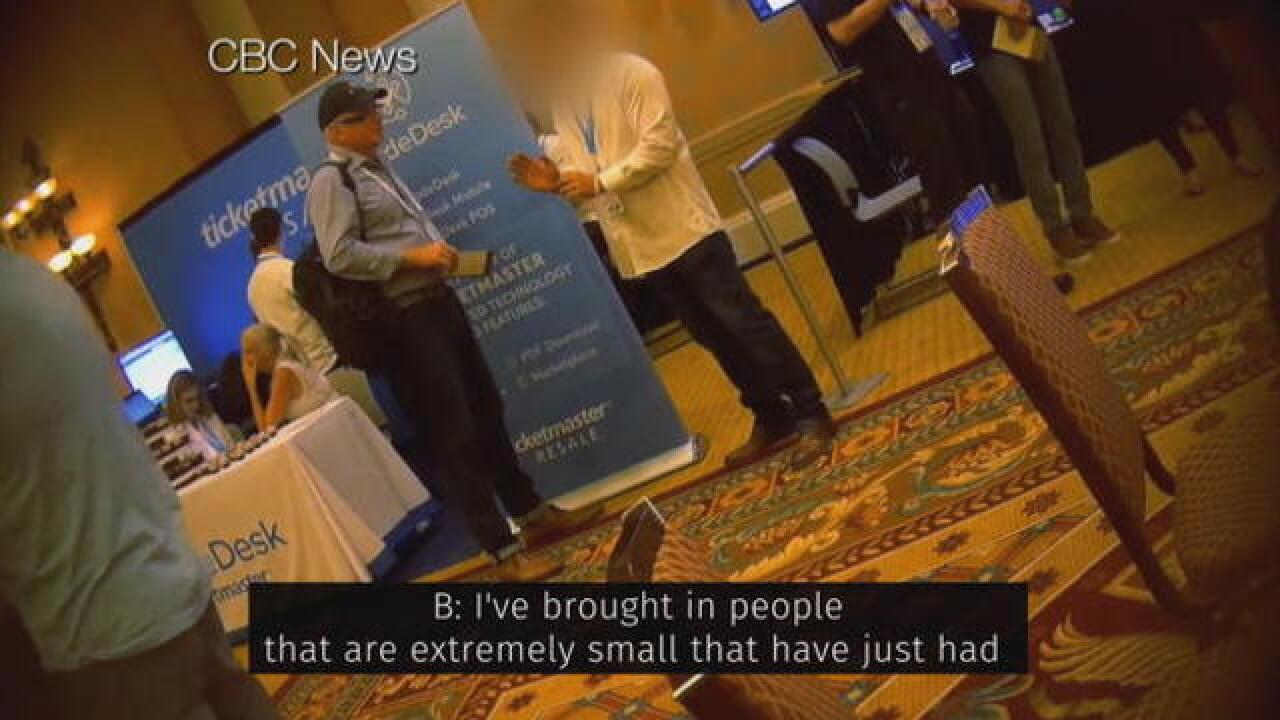 Copyright 2018 Scripps Media, Inc. All rights reserved. This material may not be published, broadcast, rewritten, or redistributed.
&lt;p&gt;Courtesy: CBC&lt;/p&gt;

Ticketmaster has been accused of running what looks like an underground ticket scalping project that may be driving up prices and costing consumers millions, according to CBS News citing an investigation by the Canadian Broadcasting Corporation and the Toronto Star.

The investigation has claimed the box office giant is helping scalpers buy tickets and resell them with a secret program.

There's no federal law against ticket scalping, but Ticketmaster has publicly opposed the practice in the past, reports CBS News' Vladimir Duthiers.

Wearing hidden cameras, journalists from the Toronto Star and CBC posed as scalpers at a major live entertainment conference in Las Vegas in July. That's where they found Ticketmaster representatives appearing to pitch a company-owned resale platform used by ticket scalpers. You can view the entire story from CBS News and investigation by CBC at this link.

Ticketmaster has released the following statement:

"It is categorically untrue that Ticketmaster has any program in place to enable resellers to acquire large volumes of tickets at the expense of consumers.

Ticketmaster’s Seller Code of Conduct specifically prohibits resellers from purchasing tickets that exceed the posted ticket limit for an event.  In addition, our policy also prohibits the creation of fictitious user accounts for the purpose of circumventing ticket limit detection in order to amass tickets intended for resale.

A recent CBC story found that an employee of Ticketmaster’s resale division acknowledged being aware of some resellers having as many as 200 TradeDesk accounts for this purpose (TradeDesk is Ticketmaster’s professional reseller product that allows resellers to validate and distribute tickets to multiple marketplaces).  We do not condone the statements made by the employee as the conduct described clearly violates our terms of service.

The company had already begun an internal review of our professional reseller accounts and employee practices to ensure that our policies are being upheld by all stakeholders. Moving forward we will be putting additional measures in place to proactively monitor for this type of inappropriate activity."