Report: Man Douses Teen With Gasoline, Threatens To Burn Her 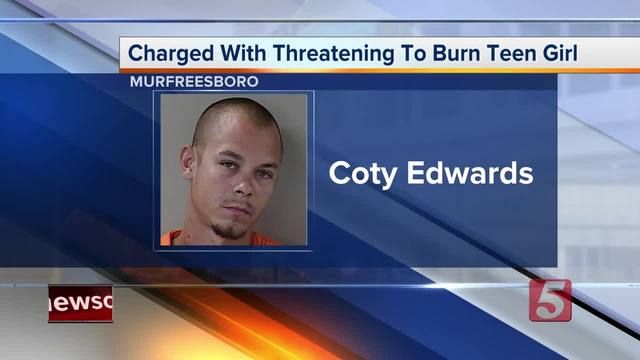 Two men were charged after dousing a teenage girl with gasoline and threatening to light her on fire, Rutherford County detective said. 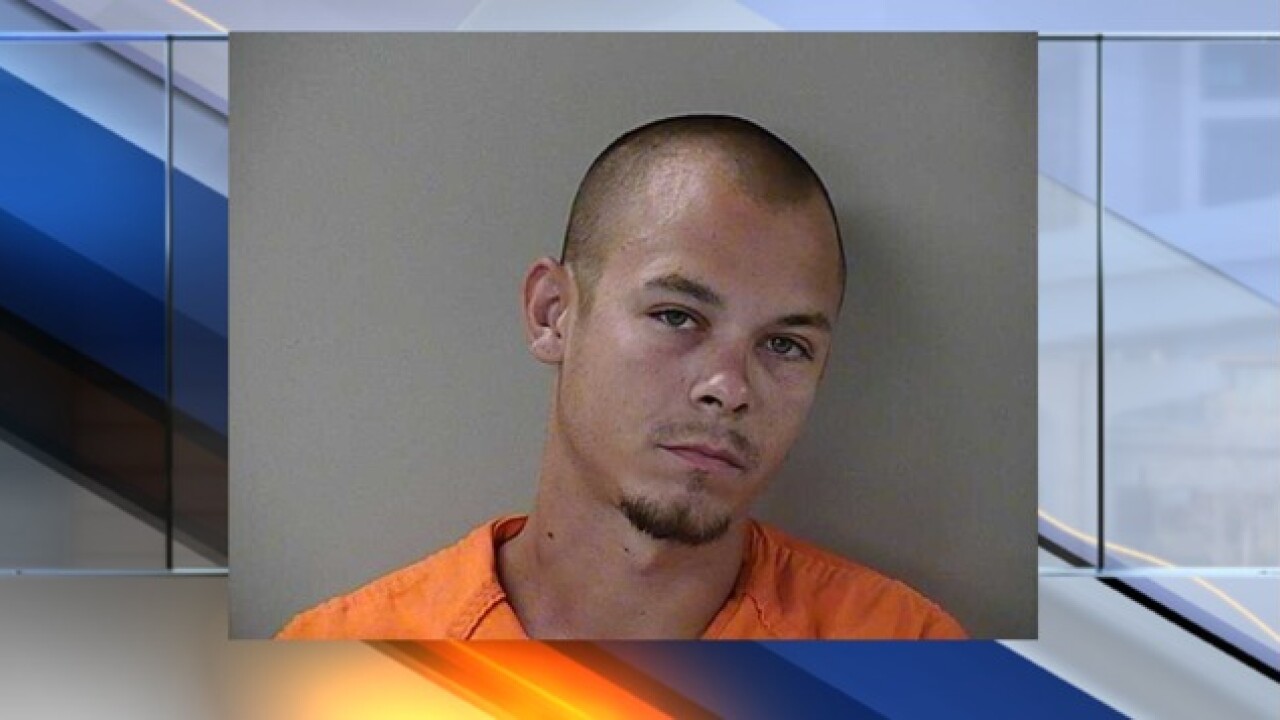 Two men were charged after dousing a teenage girl with gasoline and threatening to light her on fire, Rutherford County detective said.

According to the Sheriff's Office, the 15-year-old victim managed to escape injury Saturday.

Investigators said the girl's 17-year-old ex-boyfriend demanded $300 from her, then forced his way into the girl's home, where he threatened to "cut her head off," deputies said. The threat was reportedly made in front of the girl's grandmother and roommate. The teenage suspect's friend, 27-year-old Coty Edwards, was also with him.

When the victim couldn't pay, deputies said he poured gasoline around the house, and then on her.

The girl's grandmother tried to call 911, but the boy stopped her, deputies said.

Believing authorities were on their way, the two men ran from the home. The two were located at Edwards' home in Smyrna.

The teenage boy, who has not been named, is charged with aggravated domestic assault, attempted aggravated arson, aggravated burglary, vandalism and interference with a 911 call. He was taken to the Juvenile Detention Center.

Edwards was charged with three counts of aggravated assault and attempted aggravated arson. He was booked into the Rutherford County Adult Detention Center, where he was held on $25,000 bond.