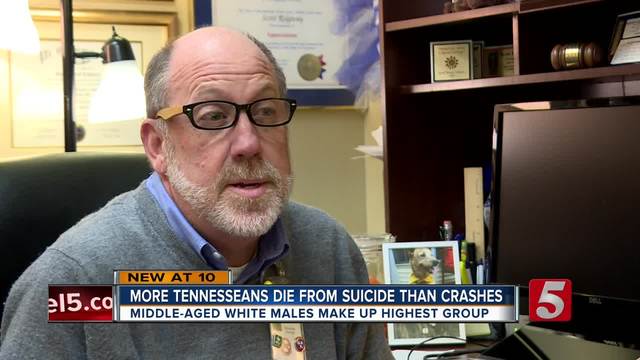 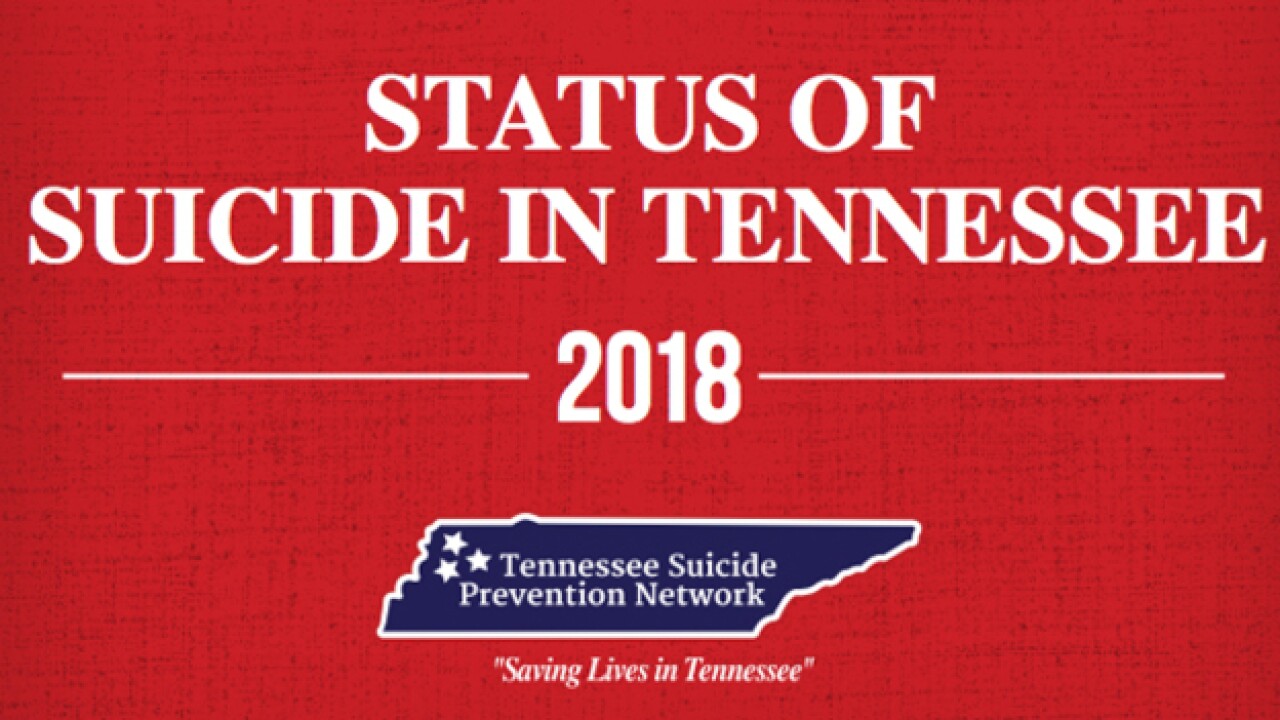 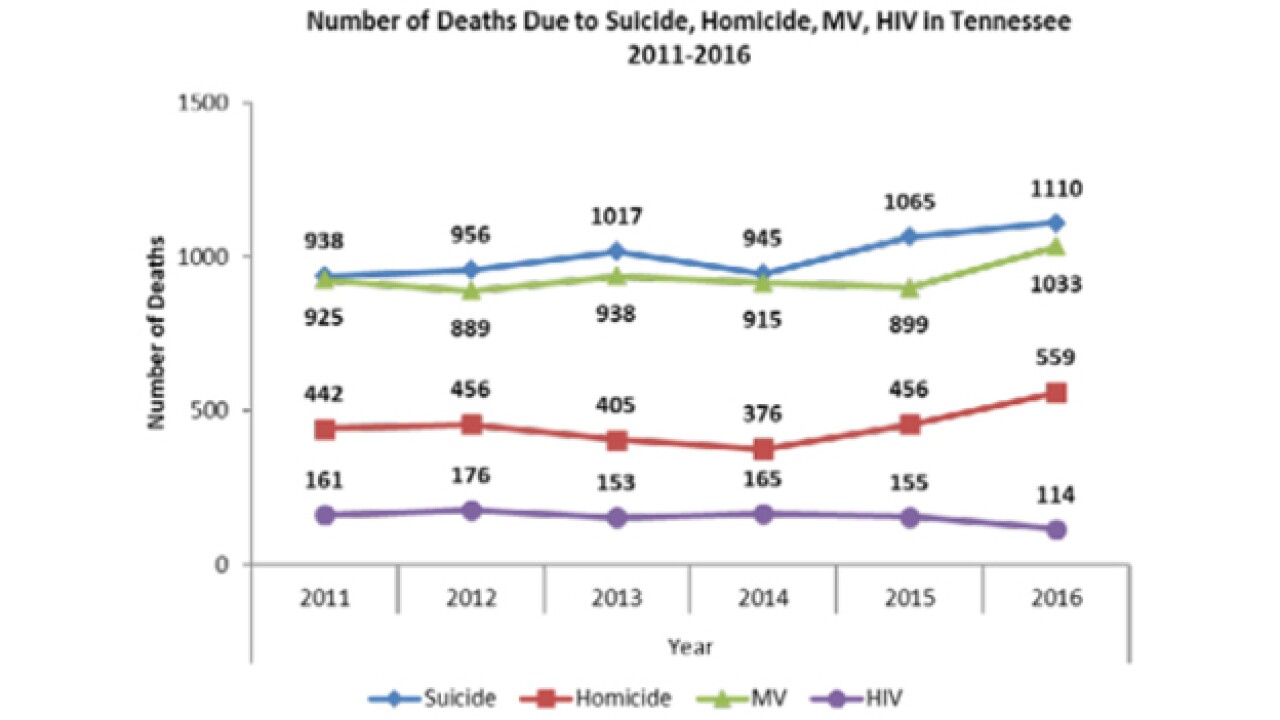 The report, which was conducted by the Tennessee Suicide Prevention Network, attributed the numbers to a couple things.

First,  they said the number of motor vehicle deaths has dropped due to a combination of factors: improvements in vehicle and road safety, stronger seat belt and child safety seat legislation, and the increasing adoption of graduated drivers license privileges for younger drivers, and better messaging about common causes of traffic accidents (driving under the influence, distracted driving, etc.).

Second, the number of fatalities tends to decline during economic downturns such as the recession several years back— people try to conserve gas money by not driving as much.

It's those same factors that contributed to an increase in suicides.

In the report, suicide trends are broken down by age, race, gender and geography.

Statistics show an increase of suicides among young people between the ages of 10-18.

The Tennessee Suicide Prevention Network plans to partner with the Department of Health and figure out how to target this group.

Suicides typically increase during depressions and recessions. In 2008, suicide officially entered the top 10 leading causes of death as determined by the CDC, and has remained there ever since.