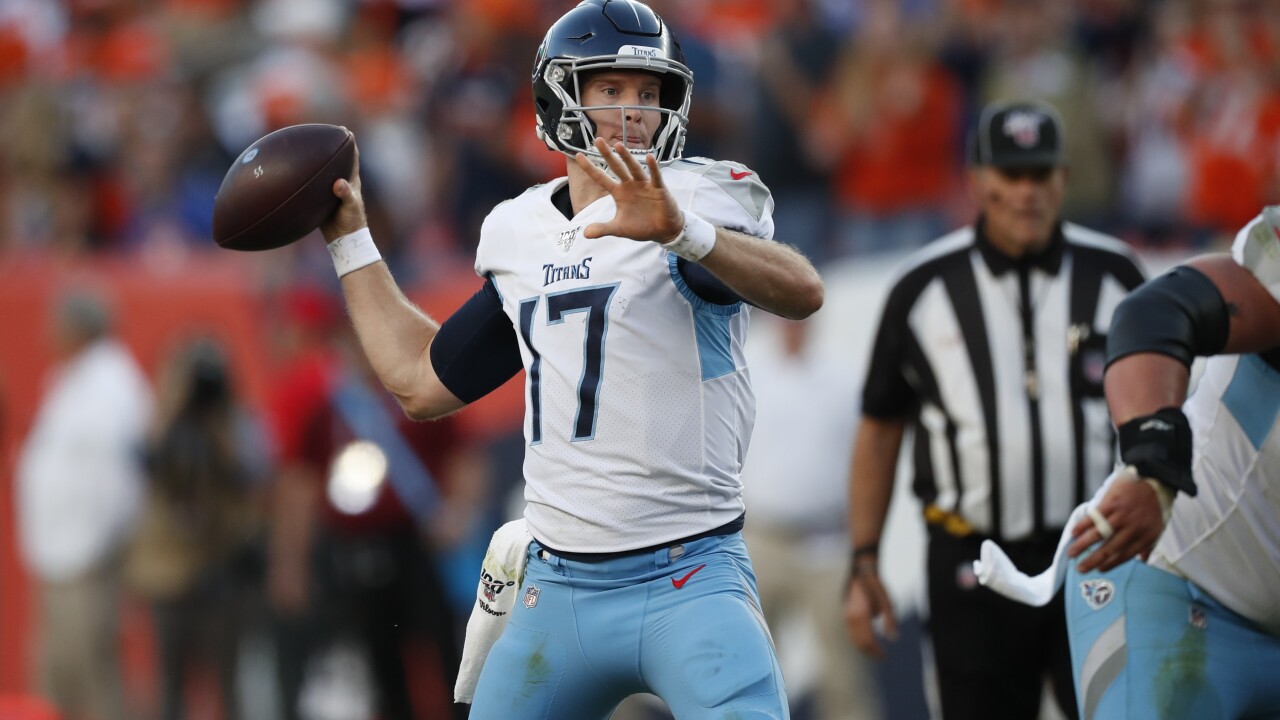 (Copyright 2020 The Associated Press. All rights reserved. This material may not be published, broadcast, rewritten or redistributed.)
David Zalubowski/AP
Tennessee Titans quarterback Ryan Tannehill throws a pass during the second half of an NFL football game against the Denver Broncos, Sunday, Oct. 13, 2019, in Denver. (AP Photo/David Zalubowski)

The #Titans are making a QB change. Ryan Tannehill has been informed he’ll get the start Sunday against the #Chargers, sources tell me and @TomPelissero. Former No. 2 overall pick Marcus Mariota goes to the bench.

Marcus Mariota has struggled this season under center leading the Titans to a disappointing 2-4 start to the season.

Tannehill was acquired by the Titans this past offseason from the Miami Dolphins, where he had been the starter. Tannehill's record with the Dolphins was 42-46.

Mariota was benched in the Titans' last game against the Denver Broncos. The 2014 Heisman Trophy winner was selected 2nd overall by the Titans in the 2015 NFL Draft.

No official announcement from the team had been made as of Tuesday evening.