Republican Caucus passes vote of no confidence in Speaker Casada
Posted: 5:20 PM, May 20, 2019 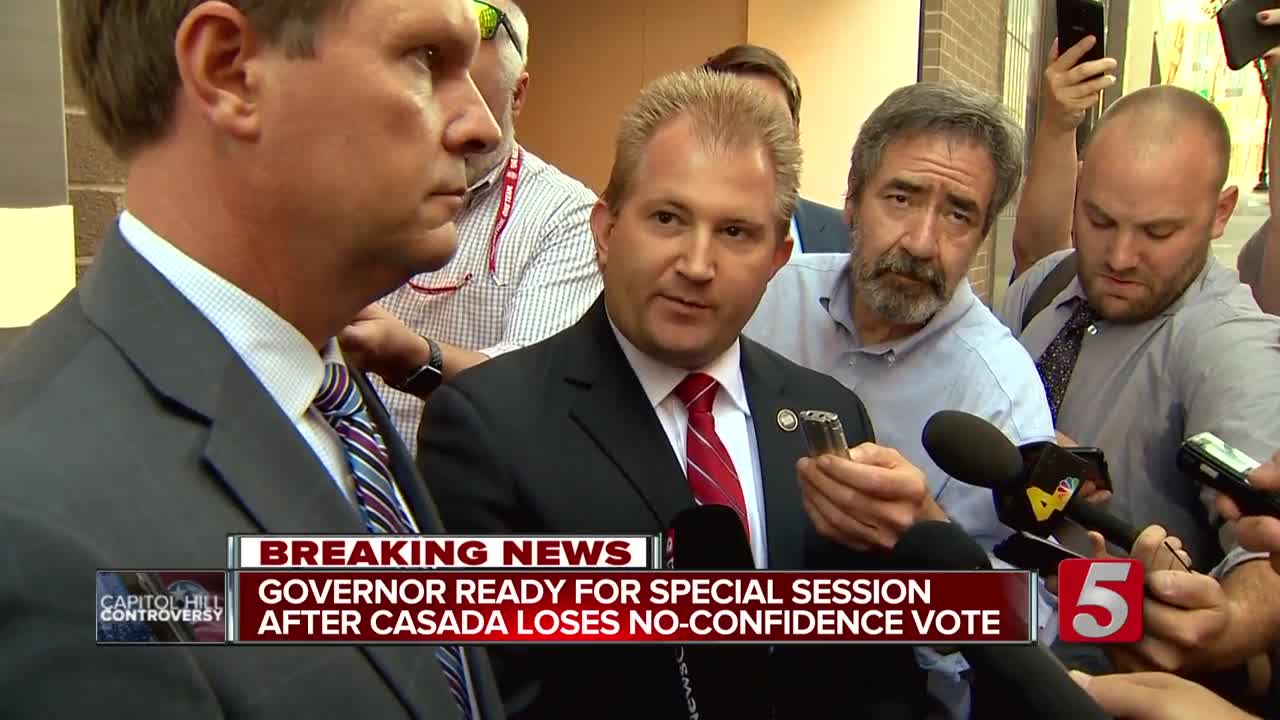 Governor Lee said he is prepared to call a special session if Speaker Casada doesn't resign. 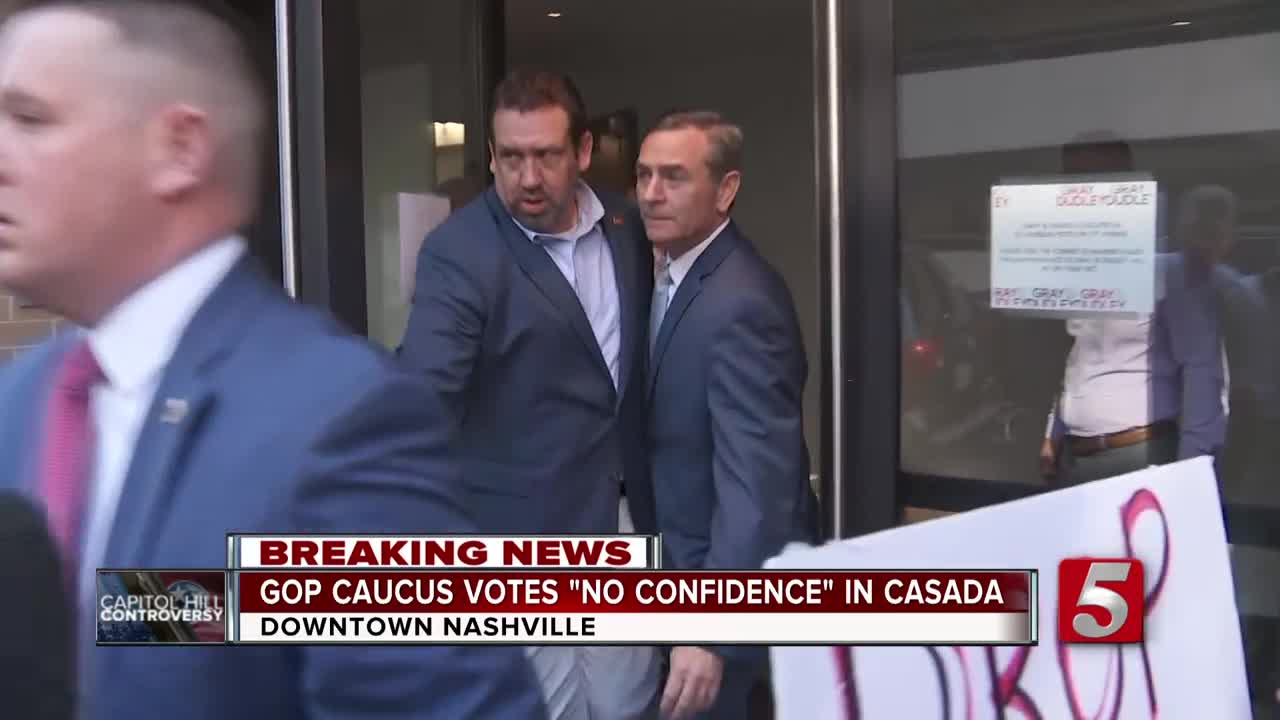 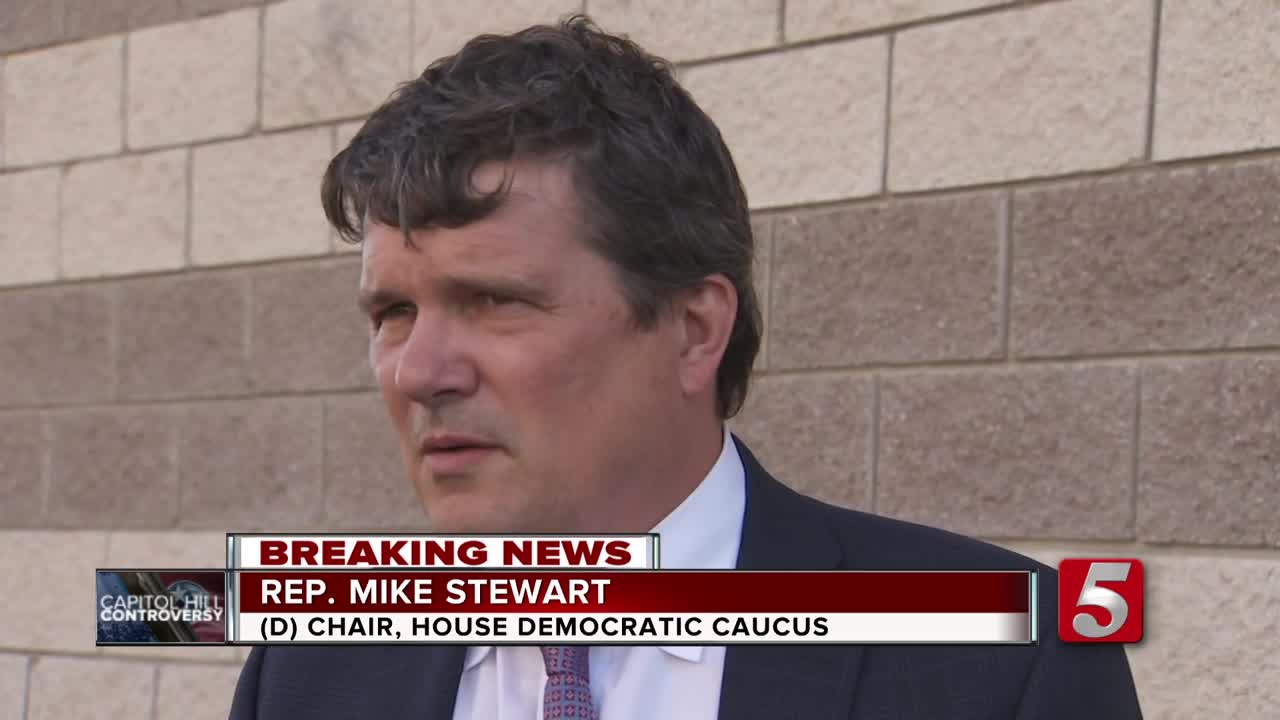 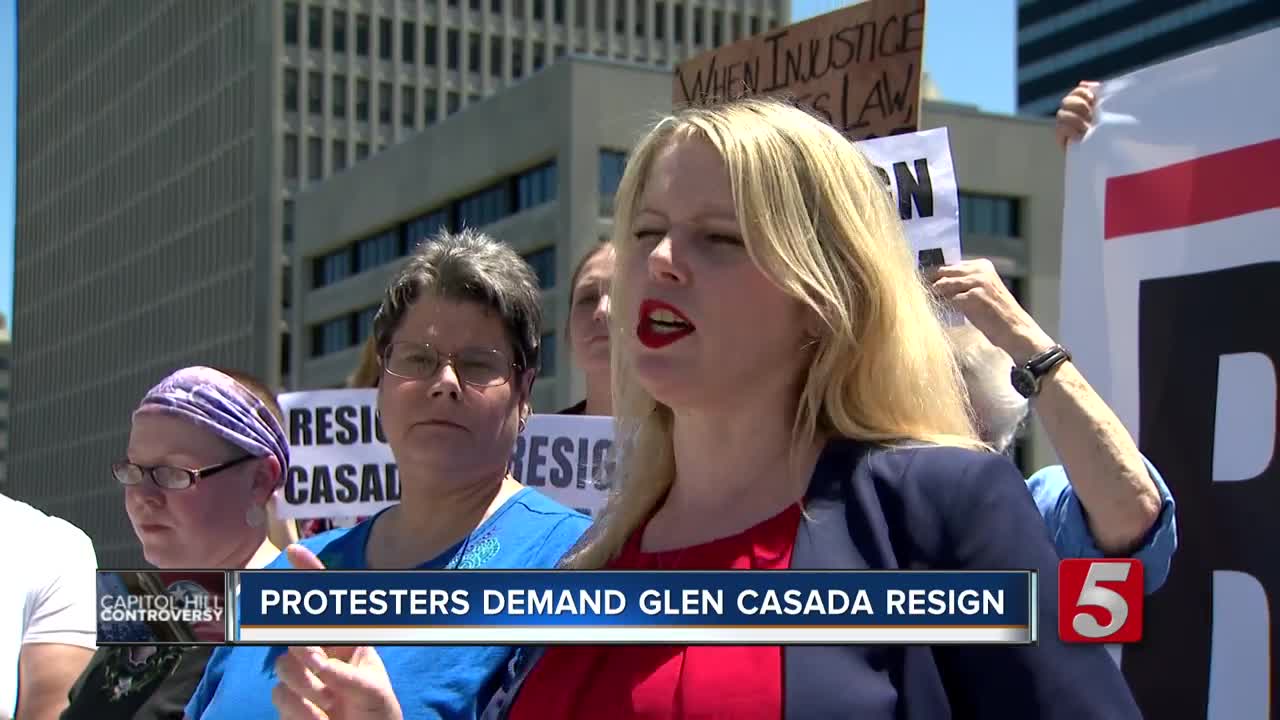 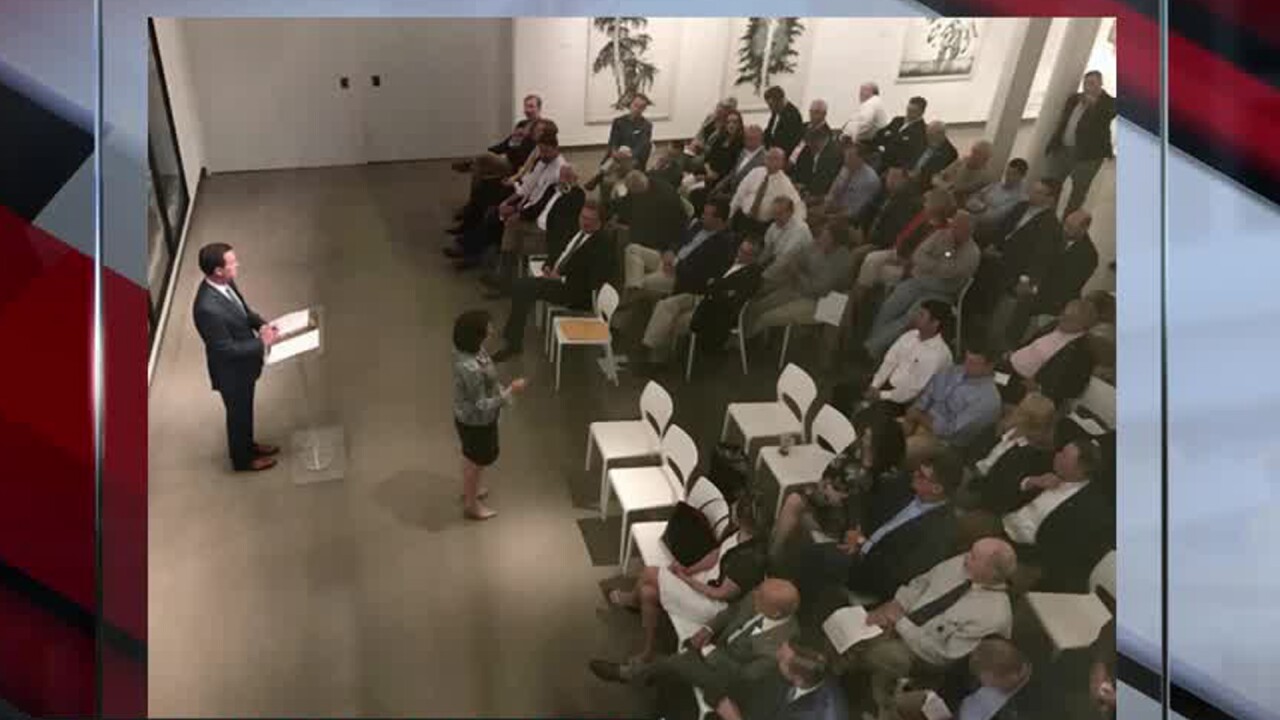 NASHVILLE, Tenn. (WTVF) — In a closed-door meeting Monday, the members of the House Republican Caucus returned a 45-24 vote of no confidence in House Speaker Glen Casada. The vote led to several members of the Republican party to call for the Speaker's resignation.

Shortly after the vote, Casada released the following statement, saying he would not resign, rather work to regain House members' confidence.

“I’m disappointed in the results of today’s caucus vote. However, I will work the next few months to regain the confidence of my colleagues so we can continue to build on the historic conservative accomplishments of this legislative session.”

Yet, later Monday night, Governor Bill Lee said he was prepared to call a special session if Casada did not resign.

"Today House Republicans sent a clear message, and I’m prepared to call a special session if the Speaker doesn’t resign," a tweet from Gov. Lee stated.

Today House Republicans sent a clear message, and I’m prepared to call a special session if the Speaker doesn’t resign.

“After a lengthy discussion amongst our Caucus members this afternoon, it is imperative that the Republican Party unite and move forward together. As members of Republican leadership, we are calling on Speaker Casada to resign, and we appreciate Governor Lee’s willingness to call a special session so we can elect a new Speaker of the House.”

Rep. Lamberth and Rep. Sexton took time to answer questions directly after the no confidence vote.

"There is no place in either the House Republican Caucus, in the House, in the legislature, or anywhere where any type of sexist racist or inappropriate remark are going to be permitted," said Rep. Lamberth after the vote. "And I think that has been stated very clearly by this caucus today. Regardless of how long ago, regardless of what the behavior is behavior is, we take this type of allegations very very seriously."

The vote is not a binding decision. Action will only come out of special session.

Lt. Governor Randy McNally also weighed in on the vote, saying "This was always an issue for the house to decide on its own. The House Republican Caucus has now spoken clearly and distinctly. I am hopeful Speaker Casada will put the legislature, the party and the state first and heed the call of his colleagues.”

Tennessee Republican Party Chairman Scott Golden released the following statement on the vote of no confidence:

"The events and actions surrounding Speaker Casada have been a distraction from the great accomplishments of this Legislature and Governor Bill Lee. Our Republican leadership in the legislature took the right course of action by calling today's meeting. The vote of no confidence by the Republican caucus sends a clear message; it is time for the Speaker to heed the advice of the majority of his fellow legislators and step down from his position of leadership and allow someone else to begin the process of restoring the trust of all Tennesseans."

Democrats with the House of Representatives released the following statement Monday night calling for Casada's resignation:

"Today the overwhelming majority of House Republicans gave Speaker Glen Casada a vote of “no confidence”, effectively calling on him to resign. The House Democrats demanded that Speaker Casada should put his state before his own personal desires and resign effective immediately. Should Speaker Casada not do the proper and honorable thing, the state will face an unprecedented Constitutional crisis. Obviously, our State Constitution does not envision a situation in which the Speaker serves when he has been deemed unfit by the overwhelming majority of House members. Democrats call on Governor Lee to follow through on his statement saying he will call a Special Session in the event Casada does not resign so that House members can expel Casada and bring this unfortunate saga of scandals and revelations to an end. The citizens deserve to have a government that reflects their values, not an embarrassing spectacle."

The caucus met at the 21c Museum Hotel Monday in downtown Nashville at 2:30 p.m.

Protesters with the group Enough is Enough demanded Casada's resignation at the state capitol and outside of the meeting downtown.

Caucus members called for the meeting following after multiple racist and sexual texts surfaced between Casada and his former chief of staff, Cade Cothren. In one exchange, Cothren sent Casada a video of two young women pole dancing. Casada responded by asking if he could touch.

Gov. Lee said before the vote that he was waiting for the result and for the legislature to signal what would happen next.

"There's a separation of the the executive branch to the legislative branch. It's very important and there's a reason for that. So this is a decision that the House of Representatives and that branch of government needs to make. I'm intentional in recognizing that separation of government," said Lee.