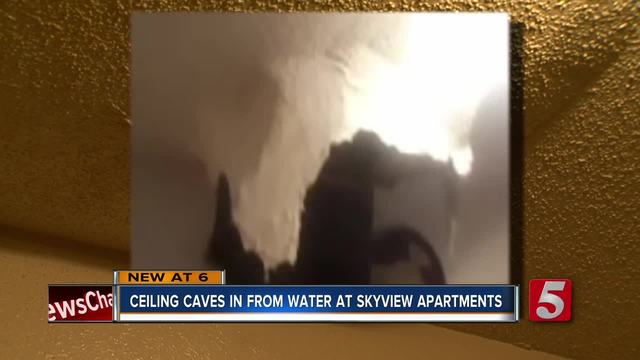 &lt;p&gt;A hole opened up in the ceiling of a Skyview&amp;nbsp;Apartments resident on&amp;nbsp;Susannah Ct., making her one of multiple residents that say their apartments are unlivable.&lt;/p&gt; 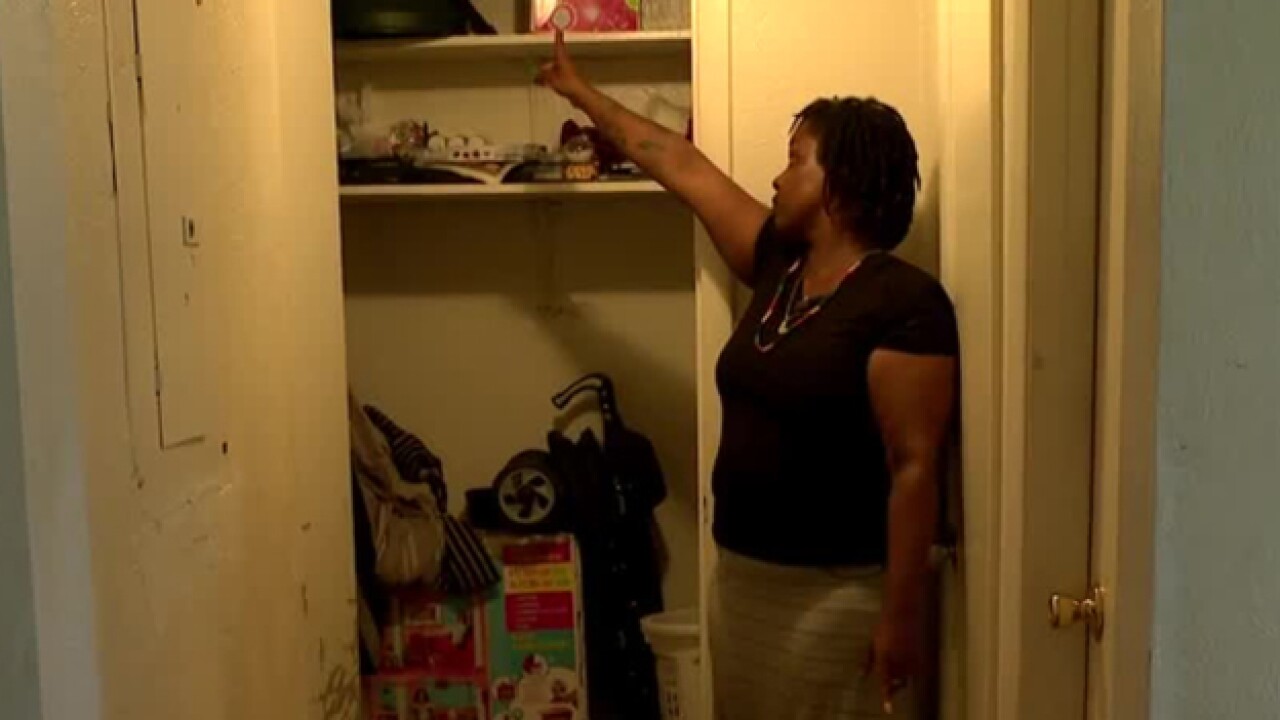 A hole opened up in the ceiling of a Skyview Apartments resident on Susannah Ct., making her one of multiple residents that say their apartments are unlivable.

"The first thing that happened was the mold, and then I saw the mice," said  Jamika Donaldson, Skyview Apartments Resident.

"There's black mold up here in the corner of the closet. It’s been here ever since I’ve been here. Look at my closet. It’s leaking and it has a bad smell to it," said Donaldson.

On Friday, Donaldson found the root of the problem. The furnace was leaking causing the upstairs to flood, and the water to seep through the ceiling into the kitchen.

Donaldson says she reported the problem to the First Cumberland Properties Property Manager on Friday, and nothing was done.

Around 2 p.m. on Tuesday, the ceiling finally caved in.

But Donaldson isn't the only one dealing with problems.

"I had to have my apartment reworked because the apartment upstairs had been leaking bath water, and toilet water down on me for years," said Annette Moore.

For now, residents are hoping something can be done to make their apartments feel a little more like home.

We reached out to First Cumberland Properties to find out why the apartments were in such bad condition, but they have not responded.