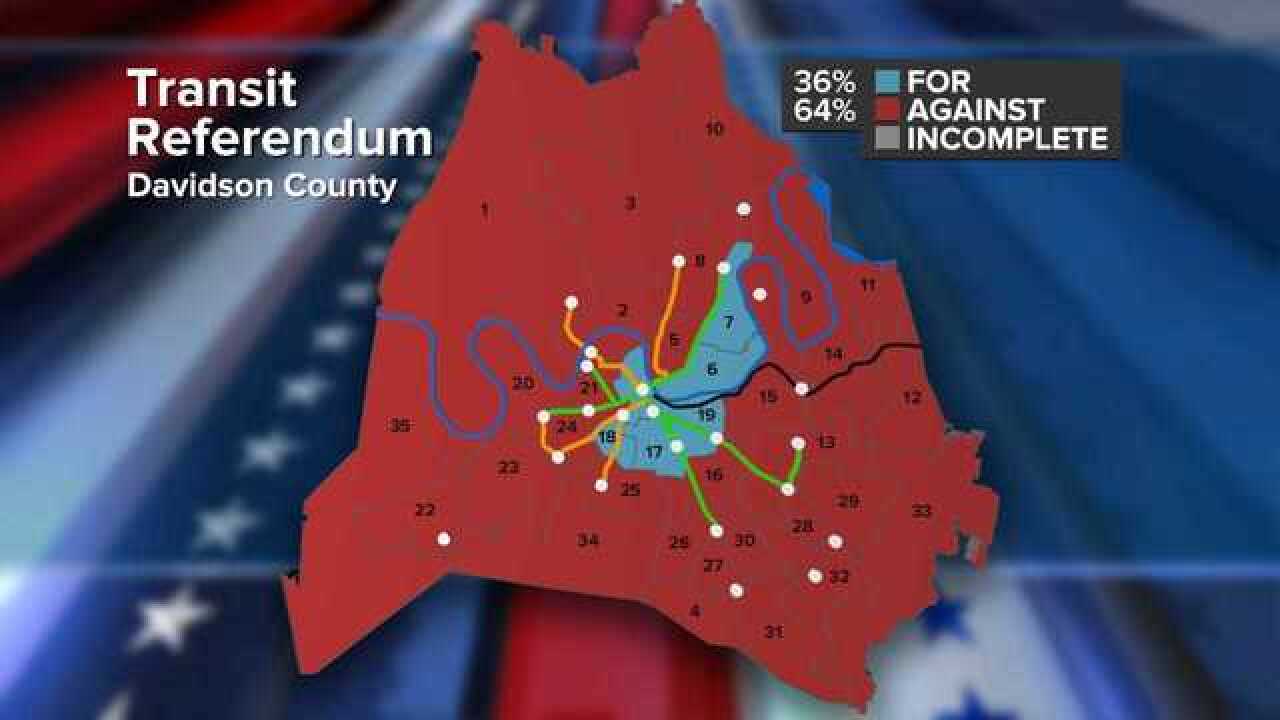 All Metro council districts voted against the referendum except these five: downtown, 12South, Belmont, Inglewood, and East Nashville.

When asked why they voted against the initiative, voters who live in or near Antioch cited several reasons.

Bill Murrin, who has lived in Paragon Mills for more than two decades, said the plan didn't do enough to take cars off the road in his neighborhood. He lives near Nolensville Pike, which would have seen light rail laid in the center of the road had the plan passed.

"People would have to drive down there [to the light rail stations] and park to get downtown," Murrin said. "I'm not too sure what it would've accomplished."

"The biggest issue is when you start throwing around sales tax increase in a place where it's already higher than the surrounding counties. It seems like a major deterrent," Hume said. "What's to say if we run out of money it's not going to go up again and again and again?"

Others said the transit plan only took the urban core into consideration.

"Personally, I think it's more about businesses downtown than it is about us," said Tony Trapani.

Universally, voters who railed against the plan said it didn't do enough to ease congestion from outlying counties.

"The people in Davidson County aren't really the traffic," Murrin said. "People coming in from the other counties are clogging up the interstates, so I think it has to be a regional plan with regional funding."